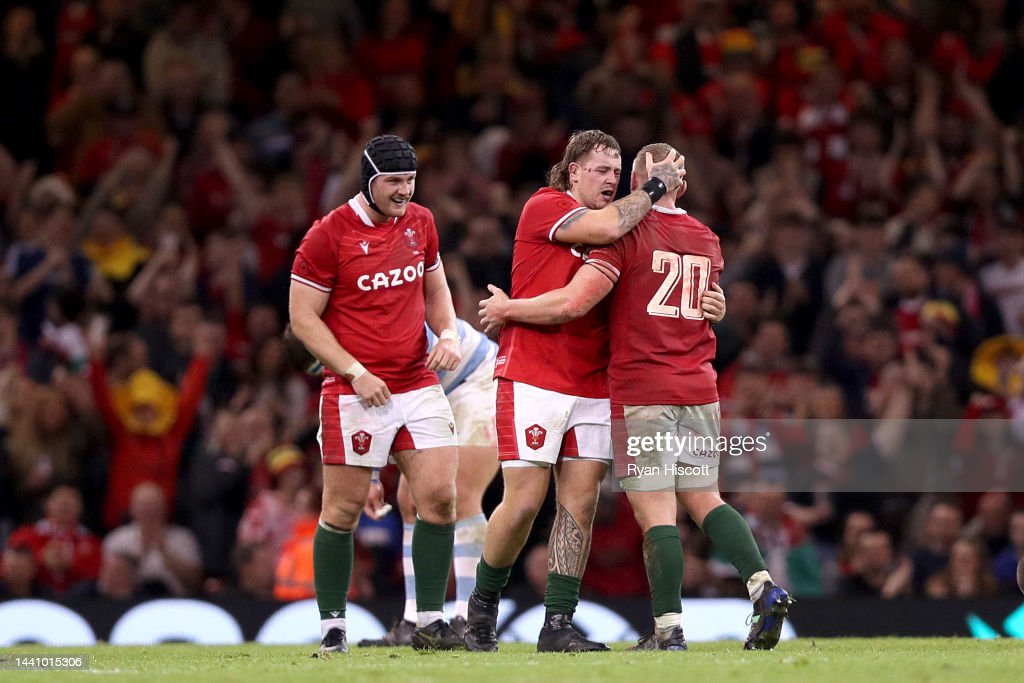 Wayne Pivac has urged his Wales side to back up last weekend’s victory over Argentina with another strong performance against Georgia this Saturday.

Wales have had some tough test matches against Georgia in recent years, and Pivac is expecting another tough encounter.  “We’ve looked at them very closely and I think they are trying to move a bit more ball than they used to,” he said.

“They’ve got a very handy full-back, he’s got some good footwork and likes to play a bit, so we are going to have to keep an eye on them. There’s no doubt about that.

“We are going to have to front up as we did last week physically with the ball and without the ball. That’s our challenge and we need to back up last week and go again for another 80.

“If we don’t go for the full 80, we’ll be in trouble like any side.”  Pivac has kept the spine of the squad which overcame the Pumas, but he has made six changes to the starting XV.

Uncapped Scarlets back-rower Josh Macleod starts at No 8 with Ben Carter handed a long-awaited start at second-row. Jac Morgan, Rhys Priestland, Owen Watkin, and Josh Adams also come into the side, while Exeter Chiefs lock Dafydd Jenkins and Scarlets scrum-half Dane Blacker are also in line to make their test debuts off the replacements bench.

And Pivac has identified his sides discipline as an area which must improve. “There’s a number of factors in terms of selection,” explained Pivac.

“There’s the backbone of the side who played last week is involved. That’s a sign of respect for the opponent who I think has improved and we also have another game next week.

“I think it’s really important for this group to back that performance up with another good performance. It was nowhere near perfect, we know that. We are working hard on being a bit more ruthless in attack and some of the opportunities we are creating, making sure we finish more of them off.

Incredible week for Dafydd Jenkins, who captained Exeter last weekend and now in line to win his first cap, alongside Dane Blacker. Interesting choice to start with three opensides! Great to see Josh Adams back in the side too. https://t.co/aseynRfN5D

“We want to maintain that defensive effort but with a lot more discipline because again, two games in a row, we gave away too many penalties. 17 points the first week and six last weekend.

“We want to start a lot better in terms of our discipline.” Pivac is delighted for Macleod who has been involved in previous squads only for injury to deny him a well-earned first cap.

And Pivac is excited to see how uncapped trio Macleod, Jenkins, and Blacker fare at the highest level. “We had a couple of unit sessions this morning and Josh was flying into it,” he said.

“He’s not holding back. Josh has been selected twice before and has picked up injuries, so it’s third time lucky. We’re excited to see him go.

The Youngest Captain in the History of @premrugby 🙌🏼

“There’s four Test matches so it’s about being a little bit careful with some players. Toby’s had two very big 80-minute games, where in attack and defence he has been to the fore, so it’s giving him a rest before next week.

“Josh, Jac and Justin can work in tandem over the ball. We’re looking at this week with also an eye on next week. Dafydd is available this week, but not next week.

“He’s back on the playing field and in a leadership role at Exeter, so we think it is a good time to get him in the environment. He’s been in camp before helping us prep for South Africa and did well in a live internal match.

“We want to have a look at him and think this is the obvious time do that, and Al (Alun Wyn Jones) will be fresh for next week. We need to see him (Dane Blacker) in a match.

“He has been in camp for three weeks now, working very hard on his game, and has been watching the other two (scrum-halves) and learning, and hopefully he will get an opportunity in the game.”