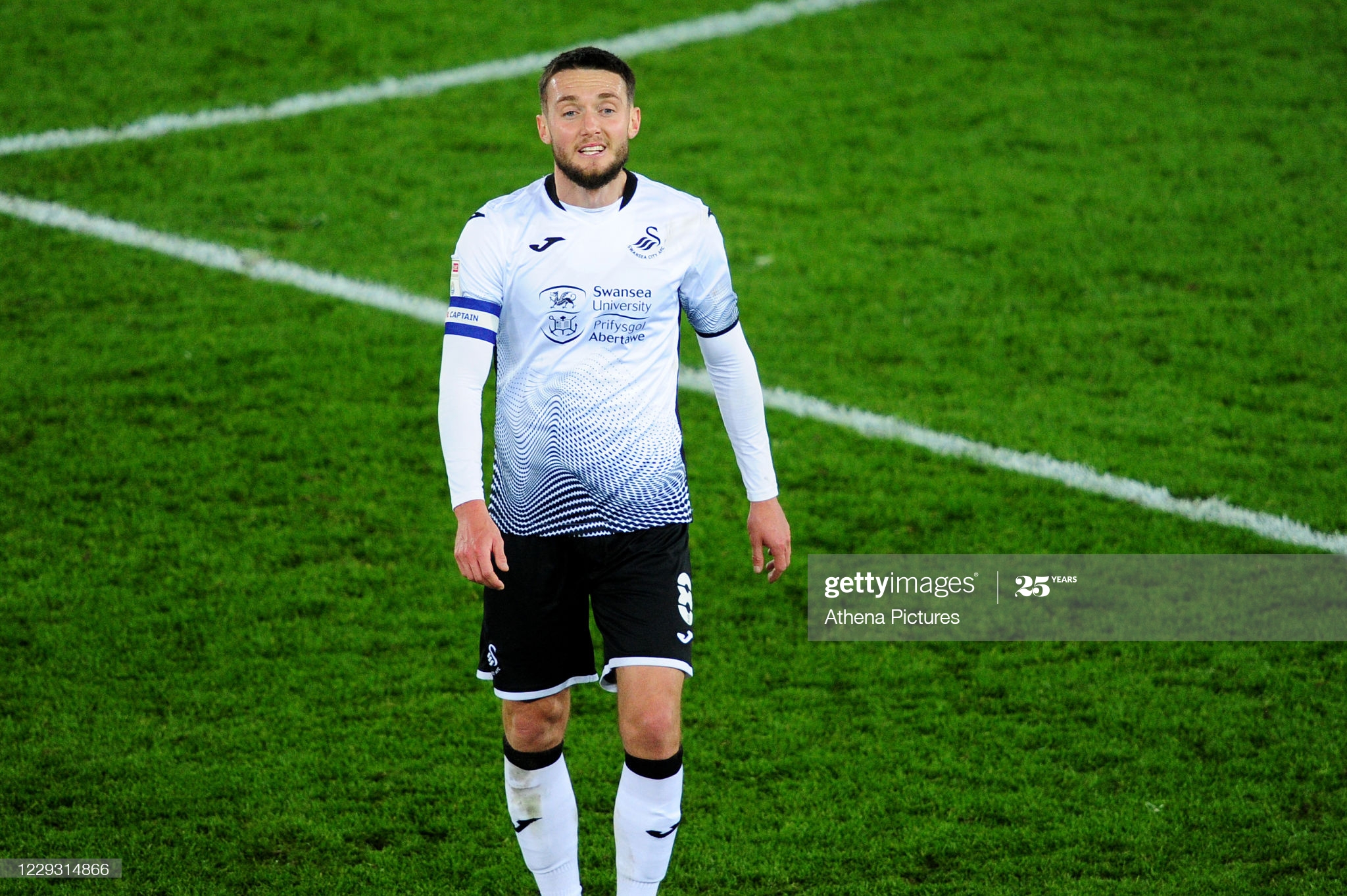 Matt Grimes has grown used to plaudits for the attractiveness of Swansea City’s football, but now he’s relishing their ability to win ugly.

The Swans skipper is usually the starting point for so much of the team’s free-slowing style – the inheritor to the Leon Britton role who sets the tempo for the team’s traditional slick passing game.

There was little slick about the 1-0 victory over Rotherham at the weekend, though, yet Grimes – who scored a suitably scruffy goal – could not be more pleased.

“You will see a lot more of these games before the end of the season,” warned Grimes.

“This period is going to be defining for our season. The schedule is just absolutely relentless.

“It was tough and hard-fought but if we keep picking up results, like we did and in the manner we did, then it’s a big step forward.

“It was not the prettiest game and not what Swansea are known for, but we showed grit and determination to win the game.”

For Grimes, it was the result that mattered far more than the style in which it was achieved.

In poor weather, against physically abrasive opponents, it was the kind of match in which the Swans might have dropped points last season.

This time, they stood firm, with Grimes himself making some strong tackles, timely clearances and interceptions before he scored his first goal for 19 months.

“You can see already this season the resilience within these lads when the going gets tough.

“When teams are piling on the pressure, and throwing bodies forward, we stand up to the task really well.

“I think it’s come from experience. There are lot of us now who have played many games in the Championship. We know what the Championship entails and we know how to see games out.”

The victory has lifted the Swans up to fourth place in the Championship, only a point behind the top two and with another home game to come against Sheffield Wednesday in midweek.

The win was also significant in that it was the first time for three years the club had taken all three points in a fixture immediately after the international break.

Grimes added: “Obviously, it’s been a bit of a monkey on our back. You try not to think about it too much, but it was a glaringly obvious stat.

Swansea City recorded a third home win in a row as @Matt_Grimes8 scored the only goal of the game to see off Rotherham United at the Liberty.

“But this week, there was no mention of it. We just turned up today and got the job done.

“I’ve said before this period is going to be very defining for our season. The schedule is just absolutely relentless.

“But I don’t think too much about it. I don’t look at the table too much. You just focus on the next game and tick them off as they come.

“Win, lose or draw, you draw a line after it and move on to the next one and see where it takes you.

“I’ll give a special mention to Liam Cullen today. He’s waited in the wings, knowing that he might get an opportunity when we have a couple of injuries. He came in today and I thought he was excellent.

“The strength and depth in the squad is really good and there are always people challenging for positions, which is really healthy.”