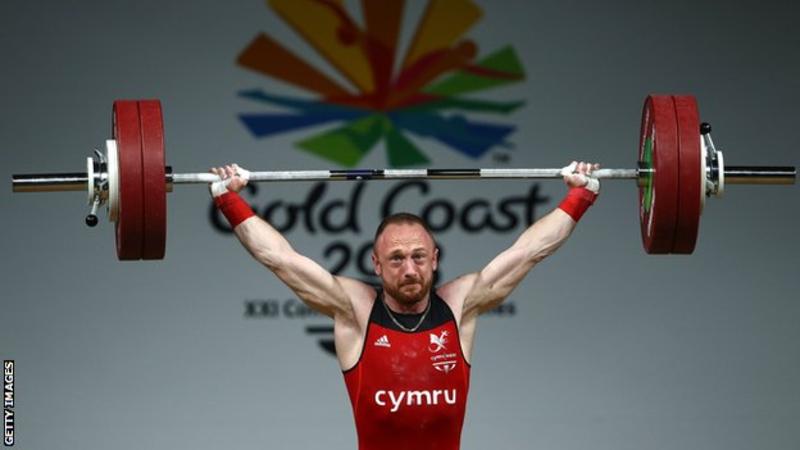 Weightlifting has been one of Welsh sport’s great success stories and the Holyhead & Anglesey Weightlifting & Fitness Centre has provided its fair share of the medal successes. But, as National Coach Ray Williams tells Ian Gordon, the HAWFC is so much more than just a medal factory.

It may not look like it from the outside, but it has become Wales’ House of Champions.

A single-story concrete building on the edge of playing fields, it is where the first gold medal of the 2016 Commonwealth Games was mined.

The Holyhead and Anglesey Weightlifting & Fitness Centre (HAWFC) has produced a rich seam of medals for the country and celebrated its 50th year in 2018 with Gareth Evans striking that opening gold in Australia.

Not bad for a gym that former teacher Bob Wrench – who is still lifting weights at the centre – started in an old canoe shed on the island before going on to win the bronze medal in Christchurch in 1974.

“Weightlifting has always produced medals for Wales,” said Ray Williams, who himself won gold at the Edinburgh Games in 1986 before becoming National Coach and the driving force of the development of the centre which is used by elite and locals alike.

“Wales have won a medal in weightlifting at every Games since the 1950s. We’ve been one of the biggest provider of medals – bigger than most other sports, it’s unreal really. From a small island in north Wales.

“I won, then we had Karl Jones who won silver in 1990. I picked Gareth up a youngster, aged 17, and we have enjoyed the journey to his brilliant gold in the 50th anniversary of the club.

“We will get medals at the next Games in Birmingham in 2022 as well.

“HAWFC is the sport that has produced the most medals on Anglesey. In between the big medals we have had a lot of British champions, Welsh champions. And it’s all from one guy.”

Wrench was a teacher when he set-up the gym – lifters risking splinters when moving the canoes to make space to train – in the mid 1960s.

He won combined bronze in New Zealand laying the foundations for the continuing success continued by Williams when he was still in the army.

“Bob immersed himself in the sport,” said Williams. “He was my mentor and I went on to the Games in 1986 and won gold.

“He still trains here, comes in once or twice, still cleans 80kgs. He is a phenomenal fellow and a lot of people owe a lot to Bob Wrench.

“His embrace of the sport and the way he nurtured weightlifting, he’d take two or three busloads down to the Welsh championships in the early 1970s.

“Kids love him and still do. When you have those standout individuals they are to be applauded and respected as they are the ones who have been real motivators.

“When I came out of the army I wanted to do something as I felt I owed a sport which had given me my career.

“We were still training in an empty garage so I started challenging the council to give us some money. We now have this centre which comes form £500,000 of grant aid.

“In 2007 I started asking for funds. It took about four years but eventually got 230,000 through European funding, charitable trusts, and the Sports Council.

“Sport Wales have been with us all the way. Two years later we got another £160k to change the changing room into the fitness studio. It’s been my brainchild based on army gymnasia I’ve worked in.

“It’s a functional gym. There are no mirrors. Five weightlifting platforms. It provides not only an elite performance facility but also one the community can use. We do Anglesey proud.

“We get over 20,000 visits a year with juniors and adults paying £5 a week to train which is affordable to all. It ticks all the boxes.

“If we had more of these dotted around Wales then it could only help the NHS and the health of the nation.”

Williams, who says he is thinking of standing down as National Coach in 2022, admits the support of Sport Wales has been crucial not just for weightlifting in Anglesey but throughout Wales.

He added: “We have now got 54 clubs. In 2007 we had about eight. It is going the right way but we’ll never have the foot-fall to give us the income stream to support ourselves that outside funding gives us.

“Sport Wales is critical to our existence, they look at the sport intelligently and know weightlifting is a core Olympic sport.

“They know we are not going to get major membership increases, but they know, historically, we have this history of great performances. The lifters have done their part.”

The next major event for the likes of Evans and training partner Hannah Powell will be the Commonwealth Weightlifting Championships in Samoa in July.

Then Wales will again be looking to defy rivals, many of whom are professionals rather than having to combine training with working.

“The championships will be the first big test since the Commonwealth Games last year since when there has been a change in weight categories,” added Williams. “They will be immensely tough.

“I always look at Fijian rugby and Welsh weightlifting and it is quite similar. Fiji and Samoa are tiny little places but they have this historical lineage in producing great players.

“The likes of Samoa, India, Sri Lanka, Nigeria are full time. When you’ve got professional weightlifting teams it’s like the Vauxhall Conference in football competing against the Championship.

“But we have gems who are highly motivated and immensely talented and that can sometimes get over the professional systems others enjoy.”

2 thoughts on “Just Champion: How A Holyhead Gym Pulls Its Weight In More Ways Than One”