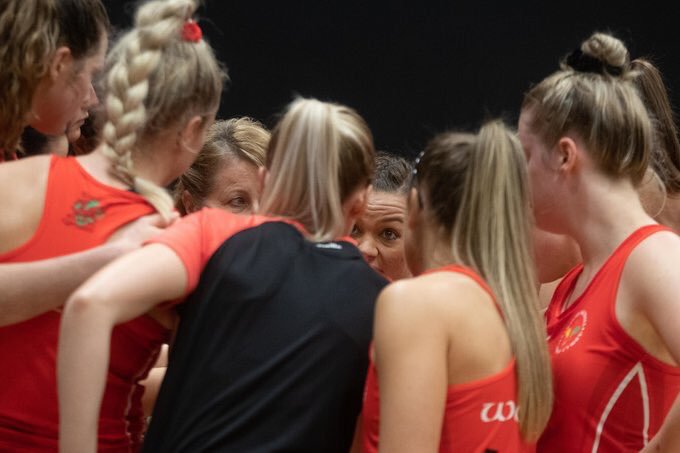 Wales missed out on winning the Netball Europe Open Championship by two goals in Belfast.

England won gold after a thrilling final day, while Welsh mid-court player Kyra Jones was voted player of the tournament.

Jones won the same award when she played for Wales in the 2012 European event.

Wales, who tied 51-51 against England, are unbeaten in their last seven internationals were desperately close to being crowned European champions.

Jones, originally from Perth, Western Australia, has lived in Wales for 10 years and said: “I was shocked to be named player of the tournament.

“There are six other girls on court with me and they supported me all the way. It’s credit to them, not just me.

Very honoured and priveledge to have received Player of the Tournament this weekend..
I couldnt have done it without the support of the management staff, behind the scenes staff and most of all, my Team Mates ❤❤❤#diolchynfawr @WelshNetball https://t.co/0hfStzMwrV

“The award is voted for by opposition players and that’s a real privilege. I go out and do my best.

“In this tournament was to have day one legs on day three. It was important to rest and recover.”

Jones, a former Celtic Dragons player who has retired from Vitality Superleague netball, is still pondering whether to continue her international career.

“I haven’t decided yet and I’ll think about that for a while longer,” said Jones. “Right now I don’t know.”

Jones won an award in Australia before coming to Wales, being named best player in the West Australian Netball League while playing for Perth Orioles.

When she came over to play Superleague netball in 2009, Jones was known as Kyra Neal, but soon after her arrival in Wales met Welshman Scott Jones and they married.

Her international debut for Wales was against Northern Ireland in 2012 at Netball Europe.

She has now represent her adopted country well over 30 times.

Great scenes at the end of @WelshNetball's victory over @NetballIreland! 🤝

Catch-up with ALL the live action on our YouTube channel: https://t.co/uypISnDbvi#NEOpen pic.twitter.com/Yj7XyMg3Wn

Wales defeated Northern Ireland 51-44 and the Republic of Ireland 91-24 in Belfast, while they fought back from 11 goals down in the final quarter against England to draw 51-51.

England have won the European title with a 60-41 win against Northern Ireland.

England sent their under-21 team to Belfast and captain Yasmin Parsons said: “I’m so proud to be captain.

“The performances were unbelievable from a young group. They deserve it.

“We realised going into the final quarter against Northern Ireland we had to keep pushing. We made a lot of errors against Wales, allowing them to come back and they certainly punished us.”