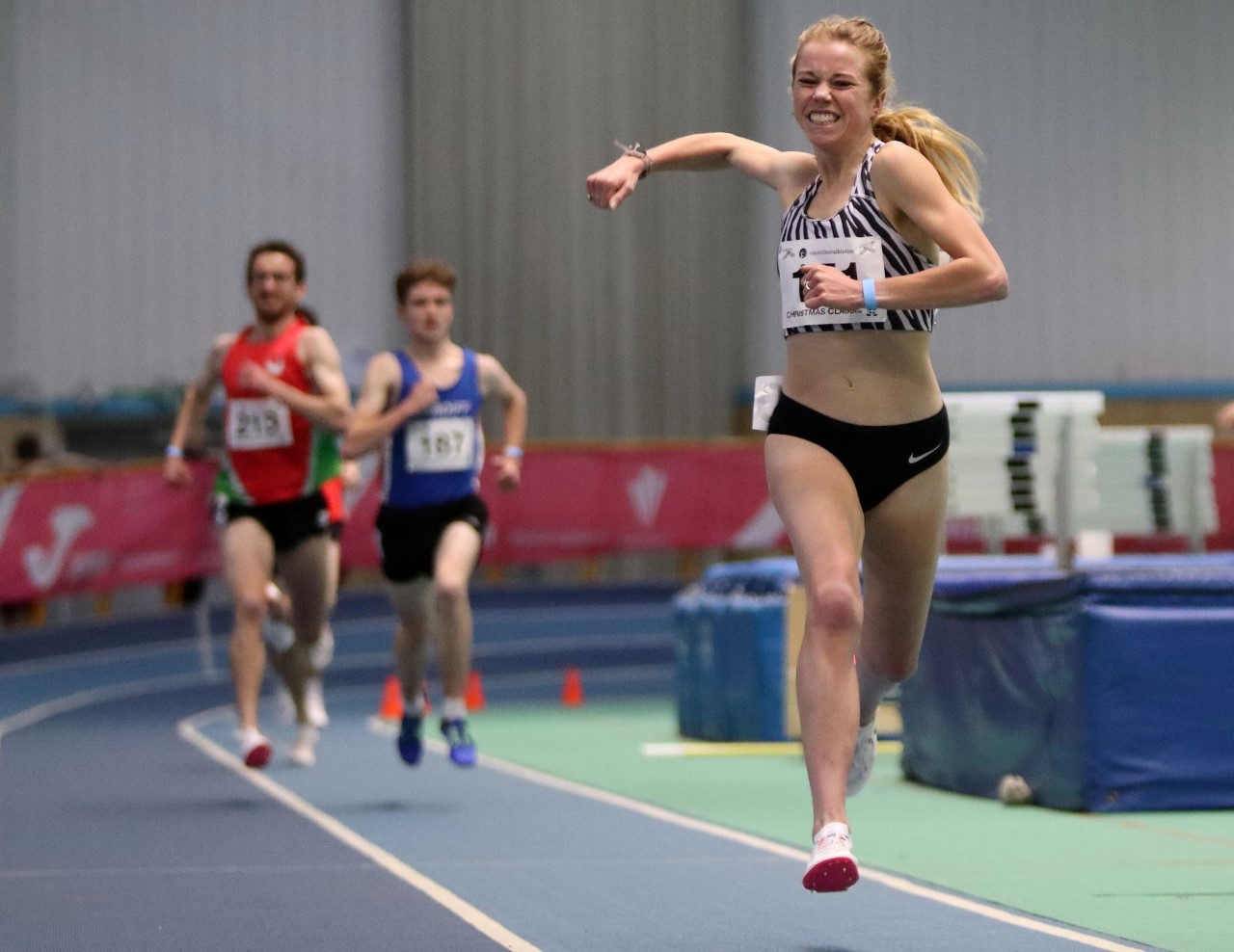 Competition opportunities on home soil may currently be few and far between due to COVID measures, but that didn’t stop Welsh athletes producing outstanding performances away from their homeland at the weekend.

Leading the way were Jenny Nesbitt and Osian Perrin who chalked up new Welsh and United Kingdom records respectively at the British Milers Club Indoor Grand Prix in Sheffield on Sunday.

The Cardiff athlete clocked a new national best of 15:30.32 as she finished second behind Amelia Quirk, who clocked 15:27.76.

The only disappointment for Nesbitt was the time was just 0.32 of a second outside the Welsh Commonwealth Games nomination standard, which she has been edging closer to for the past year.

However, it seems only a matter of time before the Worcester-born athlete achieves her ambition of gaining the standard ahead of the games which will be held in nearby Birmingham.

Over the moon with what was a fast paced race from the beginning.
Thanks @britishmilersclub for the race
📷 #teamlowesrun pic.twitter.com/Yc8HpeLlak

Meanwhile, Perrin, who also starred at the Cardiff Met Christmas Classic, was in outstanding form in the men’s 3,000m.

The 18-year old took on a high-quality field with a bold display of front running, which was eventually rewarded with a third-placed finish behind Osama Meslek and Tokyo Olympic 1500m finalist Jake Wightman.

The meeting in Sheffield also hosted the English Athletics Combined Events Championships, which saw a number of Welsh athletes excel.

Cardiff’s Lauren Evans set a new pentathlon personal best of 3862 points as she claimed a bronze medal in the senior women’s event where Grace Morgan also set a new PB of 3371.

Further afield in Spain, there were fine performances by Welsh athletes Beth Kidger and Andy Davies at the Valencia 10k.

Brighton Phoenix athlete Kidger clocked a new personal best of 32:50, while Davies continues to defy the clock in more ways than one.

The 42-year-old from mid-Wales set a new 10k personal best of 29:39 as he prepares for the Seville Marathon in six weeks time.