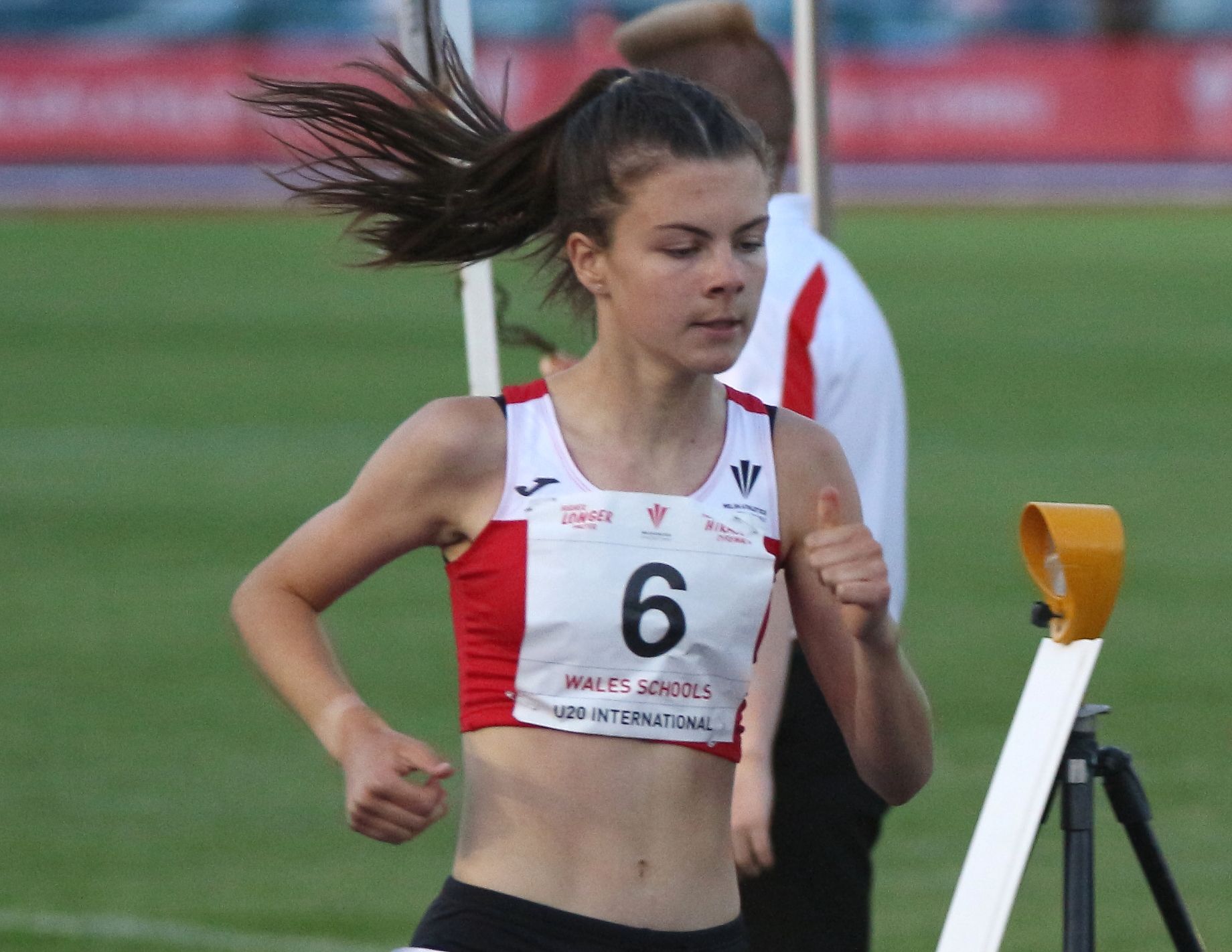 Moli Lyons was the fastest female athlete over 1500m at Aberdare on Saturday.

The latest Welsh Athletics pilot event witnessed the smashing of a 41-year-old Welsh record along with a number of other excellent individual performances.

Griffiths clocked a new best time of 15:53.97, as she followed in the footsteps of Pembrokeshire club mate Heather Lewis, who holds the Under-20 Welsh records at 3,000m and 5,000m and will be competing for the British Senior title in Manchester next weekend.

The overall mixed 3K race walk was won by Cardiff’s Daniel McKerlich in a big personal best of 15:15.14.

Well done to Gracie who is one of the first from pembrokeshire Harriers to return to competition. Not only was she the first, but she also smashed her PB and got Welsh Record in the U15G 3K Race-walk which stood for 51 years prior. 🥇💪🏻🏃🏽‍♀️ pic.twitter.com/TCNh7WInuH

Like the previous sprints and throws pilot events held at senior and junior level, Saturday’s endurance event in Aberdare was held under the new COVID-19 restrictions.

The fastest 800m time of the day was clocked by Carmarthen Harrier Iestyn Williams, who stopped the clock in 1:58.51, ahead of his team-mate Liam Edwards in 1:59.28, which was a new personal best for the Under-17 athlete.

The fastest female 800m time of the day was clocked by Swansea Harrier Jodi Beynon, who claimed a big PB of 2:23.25.

The quickest female was Cardiff AC’s Lucy Marland who slashed almost a minute off her previous best with a time of 9:52.41.
Cardiff’s James Heneghan has been in outstanding form post lockdown having already set new PBs over 800m and 1500m in recent weeks.

There were a number of other notable performance across the day including.