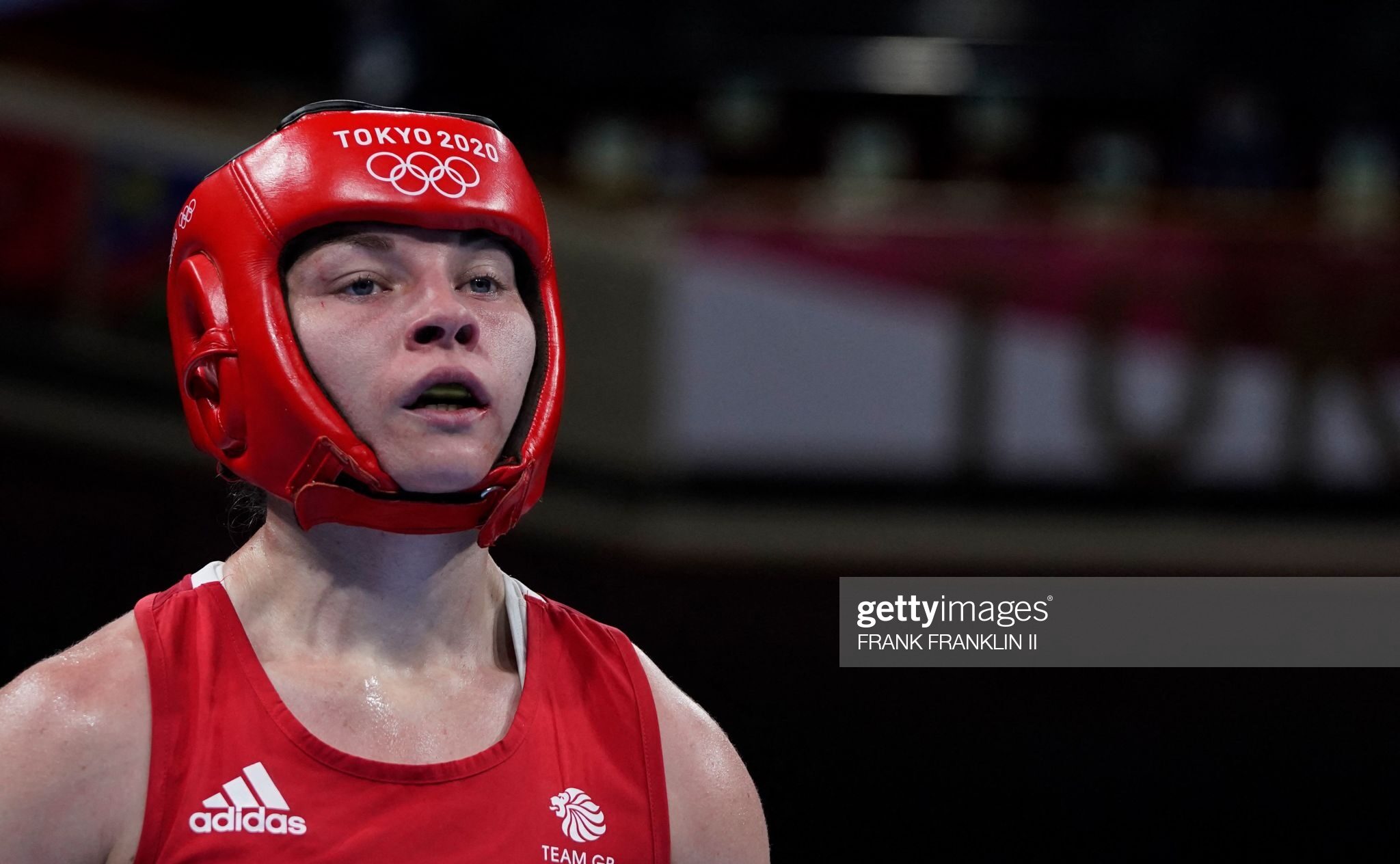 Lauren Price in action at the Tokyo Olympics. Pic: Getty

Welsh boxing star Lauren Price dominated her first bout at the Tokyo Olympics on Wednesday and said she was ‘massively’ inspired by her friend Lauren Williams’ performance in taekwondo.

Price who was born in Newport but grew up in Caerphilly is a hot favourite to win gold.

The southpaw was effective with a flurry of shots to Mongolian Myagmarjargal Munkhbat, getting a solid left cross to her opponent’s head in the first round.

Price who has previously played football for both Cardiff City and Wales looked energised and pleased after her win by unanimous vote, flashing a smile and sparring for the cameras as she left the arena.

‘It’s been annoying watching everyone box. I’m just glad to get out there,’ she said on the sport’s fifth day at the Tokyo Games.

“I thought she was going to come at me a lot more. I watched a video of her this morning and she was quite an aggressive fighter, on the front foot, so I had a look at her in the first round, see what she did, and she waited off me which was kind of surprising.

“But I adapted and just picked my shots nicely so I’m really pleased with my performance.”

Asked whether she had been inspired by the performance of her friend and taekwondo silver medallist Lauren Williams – they trained at the same kick-boxing gym before they both switched disciplines – Price said: ‘Massively. She’d done amazing. She was so close to winning that gold.’

The duo began kick-boxing at the Devils Martial Arts club in Blackwood before drifting into different combat codes, culminating in them both earning a place on the plane for the delayed Games in the Japanese capital.

Williams kept her side of the bargain by winning taekwondo silver on Monday, and Price set about emulating her former team-mate by making short work of her opponent too.

‘Lauren (Williams) did amazing and she came so close to winning the gold,’ said Price. ‘She sent me a good luck message last night and I congratulated her. I would love to follow in her footsteps and get to the final but for now I will enjoy the journey.’

Lauren Price of #TeamGB is some boxer and sportsperson, over 50 caps for Wales in football, multiple world kickboxing champion and now an Olympic boxer, #Boxing #Olympics

Price, five years Williams’ senior, started at the kick-boxing club at the age of eight and was soon joined by Williams, with the pair travelling the continent together and racking up the titles including multiple world crowns.

After signing up for taekwondo’s ‘Fighting Chance’ clinic, Williams stuck it out to become a two-time European champion, while Price juggled fighting with football before opting to pursue a boxing career full-time.

‘Lauren is a bit younger than me and we missed each other when we first got onto the taekwondo team but we have stayed in touch over all this time,’ added Price.

‘It’s a mad journey that we’ve been on and we’ve ended up here at an Olympic Games together, so we must be doing something right.’

The Welsh fighter will take on Atheyna Bylon of Panama in the quarter-finals on Saturday with a guaranteed medal at stake.

“Gold is the aim but everyone in my weight class is at an Olympic Games, everyone is tough. You have got to be on your A game to win that fight so I’m taking it each fight as it comes but gold is the main focus. But I’m not going to think too far ahead of myself, but just enjoy it.”