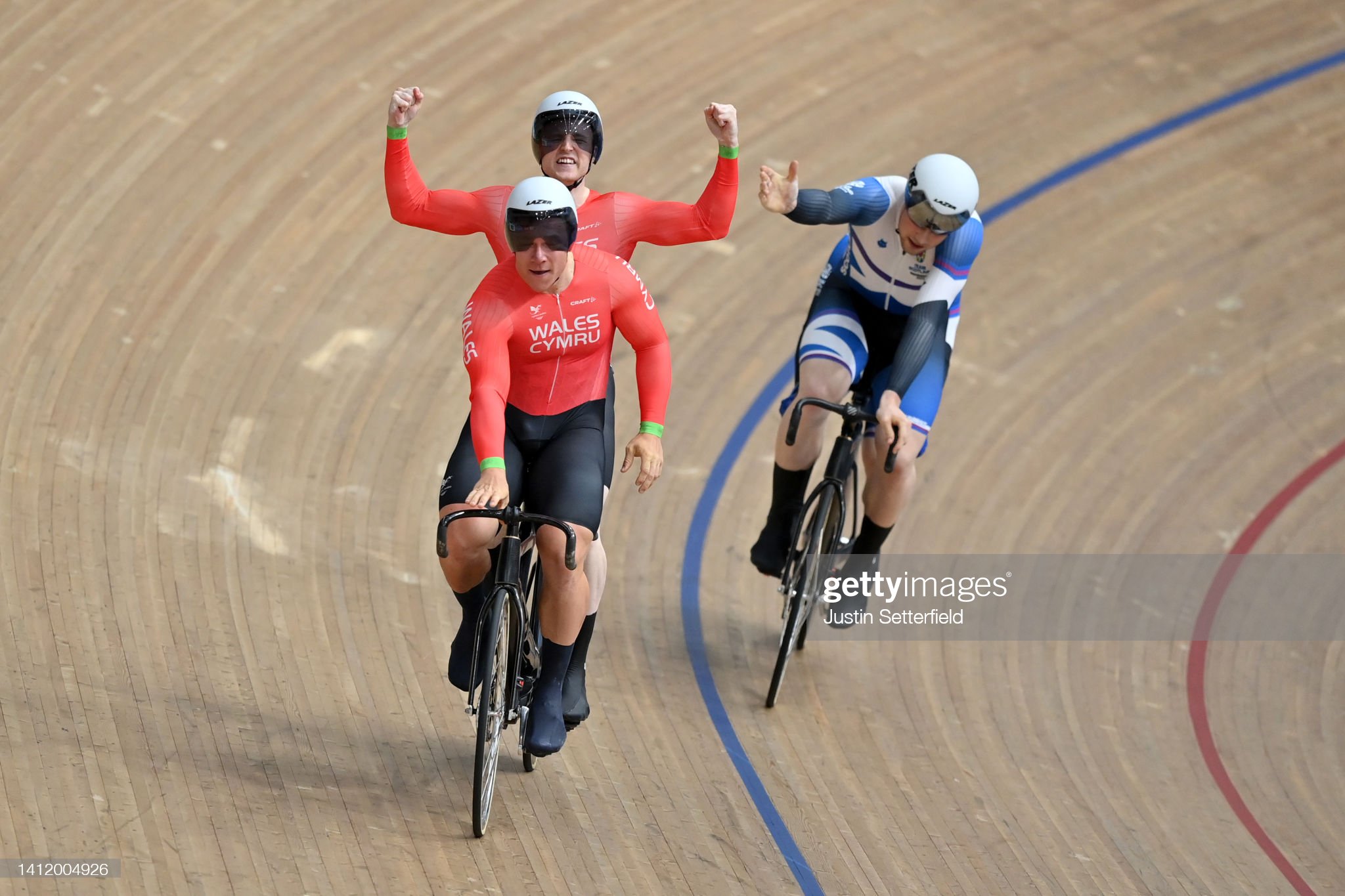 LONDON – Comments from James BALL (WAL) after winning his country’s first gold medal of the Games, in the para-cycling men’s tandem B sprint at Lee Valley VeloPark on Sunday.

“It’s hard to put into words. We knew we had it in us – convincing ourselves of that was the main thing, really. I’m delighted to win gold, especially in front of a crowd like this.”

On finally beating Neil FACHIE (SCO) to a gold:

“He’s got five [Commonwealth] gold medals and I’ve only got one, so he’s still ahead of me!

“Neil’s a fantastic athlete. We train together, know each other really well and can see how we are performing up against each other. It’s certainly nice to take the win.”

LONDON – Comments from William ROBERTS (WAL) after he claimed bronze in the men’s 15km scratch race at the Lee Valley VeloPark on Sunday.

“I was really, really gutted after the team pursuit, which is a bit weird because we lost to Australia who are pretty handy.

“The past two years have been really tough and I’ve been working for this since I joined Welsh Cycling in 2013. It’s such a relief, I’m just so happy.

“I almost don’t care what colour of medal it is either. Corbin (gold medallist Corbin STRONG, NZL) is such a good rider. He’s very fast so I didn’t really think I’d beat him anyway. It could maybe have been a silver but I’m just so happy I got one medal.”

GOLD FOR WALES!! 🥇 @jamesball_91 takes the first gold of the Commonwealth Games for Cymru in the para-cycling Tandem Sprint with pilot Matt Rotherham. 🏴󠁧󠁢󠁷󠁬󠁳󠁿

Huge effort – just look at what it means for them. 👏 👏 pic.twitter.com/7pfXw1hm7w

“I was probably doing a little bit too much at the start but that’s just stitching moves back together for my team-mate Rhys (BRITTON), who probably was the favourite.

“Then I slid into a nice move and it was all about sliding onto the nice things. I didn’t have very good legs when I got there and I just suffered my way around.”

On the crash in the qualifying round where Matthew BOSTOCK (IOM) and Matthew WALLS (ENG) had to be taken to hospital:

“It happened just in front of me. I was looking at Matt’s head as it was inches from my front wheel and I just missed it, it went underneath.

Every sports fan will remember where they were on July 31, 2022, the day that James Ball of Ponthir (where I'm from) won Commonwealth gold for Wales.

Famous people and things from every other village in the world, your guys took one hell of a beating.

“It was scary at the time. I’ve watched the replays of it and I was quite shook-up. It was not nice to see. I felt a bit sick watching Joe TRUMAN (ENG, briefly losing consciousness in a crash in the men’s keirin on Saturday) and that’s exactly the same. It’s terrible.”

On how he recovered mentally to win a medal:

“You watch your team-mates get medals. (Men’s tandem B sprint champions) Matt ROTHERAM and James BALL, that was just text-book quality. Then my team-mate Eluned (bronze medallist KING) in the points race. It just made me really lighten the mood. That really helped.”