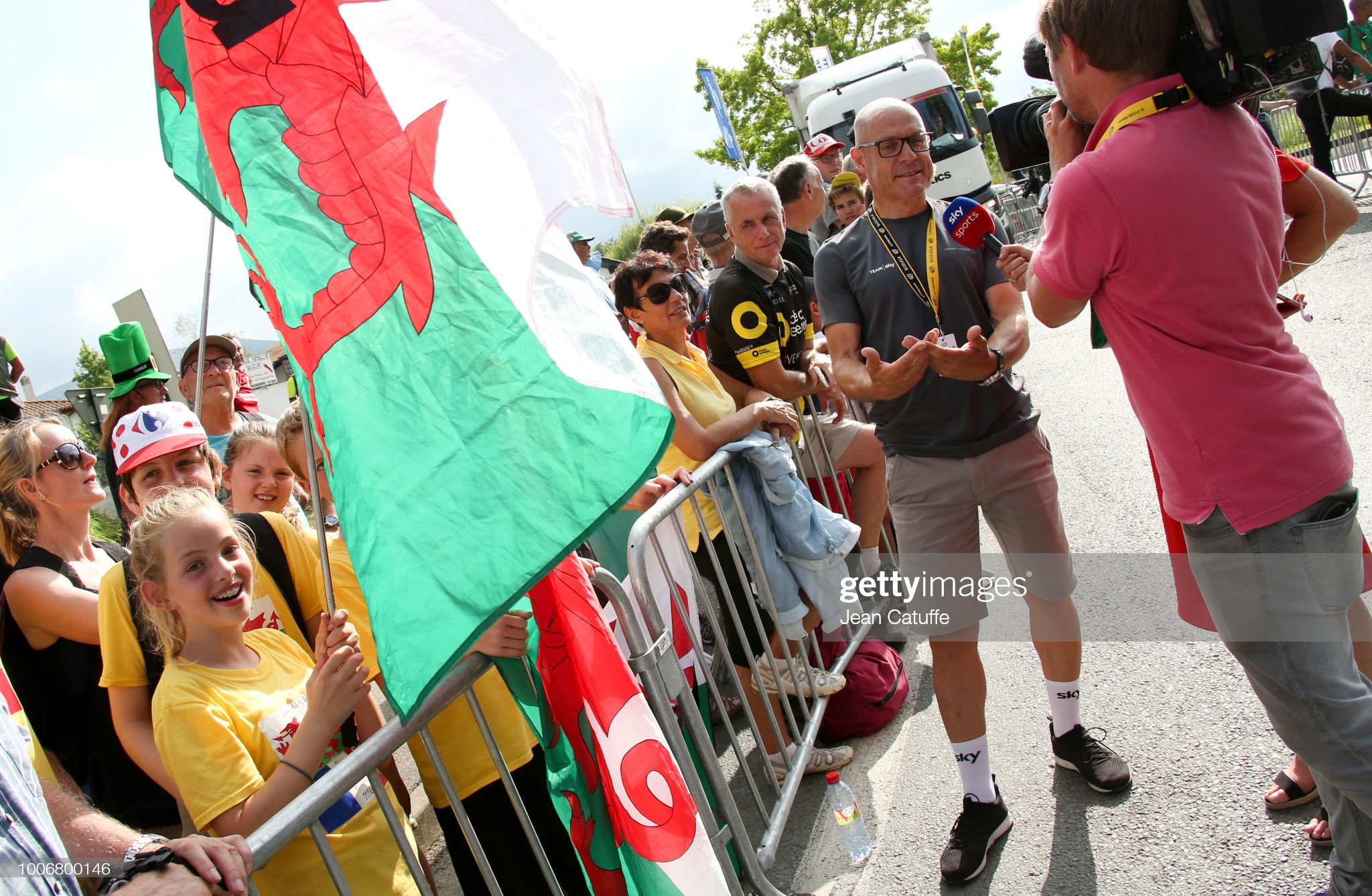 Geraint Thomas enjoyed vocal and colourful Welsh support at “Cornel Cymru” – set up on one of the hairpin bends on the legendary Alpe D’Huez climb during the recent Tour De France.

Now Welsh athletics fans travelling to Birmingham for the Commonwealth Games are being urged to set up a similar “cheering station” on the route of Saturday’s marathon races.

Three Team Wales athletes will be tackling the 26.2 mile course around England’s second city and Welsh Athletics has picked a spot for supporters to gather and show their backing as the athletics programme gets under way.

A patch of grass opposite the Selly Park Tavern (B29 7HQ) on Pershore Road in Selly Oak has been earmarked as a little piece of Wales in the centre of Birmingham!

And they are looking forward to hearing some Welsh voices spurring them on and seeing “Y Ddraig Goch” being waved on the roadside.

Evans, of Cardiff Athletics, said: “Welsh supporters are always the most passionate so it’s going to be fantastic to get their support out on the course.

“In the marathon, it always gets tough, so hopefully they can give me a lift when I need it.”

Birmingham will be the closest Welsh athletes have come to a home games since Cardiff hosted the event – then still known as the Empire Games – way back in 1958 when the marathon finished at Cardiff Arms Park.

So Cockram is also looking forward to the atmosphere generated out on the course, which starts at Smithfields.

The Welsh marathon record holder said: “I can’t wait to pull on the Welsh vest and represent the country.

“I always aim to leave everything out on the course but when representing the country, especially in front of home supporters, somehow it gives you that extra boost to dig even deeper.”

It will be a busy morning of marathon running on the streets of Birmingham with the men’s and women’s para races setting off at 7am and 7.03am respectively.

The course is made up of distinct sections. An 18km loop which all athletes will complete twice. Starting at Smithfield, the athletes will head south out of the city towards Bournville.

This is followed by a 6.2km section through the city centre, which finishes in Victoria Square.

At 9am it will be the turn of Swansea Harrier Griffiths to take centre stage as he sets off in the men’s marathon.

Toeing the line in Birmingham will be a significant moment for Griffiths who has endured a difficult relationship with the Commonwealth Games in the past.

The Carmarthenshire farmer picked up an injury in the holding camp for the 2014 Glasgow games, which hampered his performance in the 10,000m at Hampden Park.

Arrived in London and all settled into the hotel ahead of @birminghamcg22 🤗 Thanks @TeamWales and @Clogau for the awesome gifts on our arrival 🫶🏼 pic.twitter.com/FVtsVX2PHc

Then, having run the second fastest time by a Welshman on his marathon debut in Frankfurt in 2017, injured forced him pull out of the 5,000m and 10,000m at the 2018 games the week before he was due to board the plane to the Gold Coast.

A mystery illness, eventually diagnosed as a balance problem which was putting a strain on his body, meant Griffiths missed out on the 2019 World Championships in Doha.

The seven-times Welsh cross country champion hasn’t run a marathon since he narrowly missed out on a place at the Tokyo Olympics when he finished fourth at the trial race held at London’s Kew Gardens.

Over the past year he has been targeting shorter distances in a bid to build up for this summer.

Griffiths has said previously of the 2022 games: “I feel like I have to give a good account of myself in a Welsh vest in Birmingham where all my friends and family have got a chance to come as well.

“I want to put on a show for them. If they’re going to make the effort to be there, I want to give him something to cheer.

What a send-off for our Commonwealth Games athletes this morning 🙌👊🏴󠁧󠁢󠁷󠁬󠁳󠁿

We wish you the best of luck and we can’t wait to see you perform in London and Birmingham 🏴󠁧󠁢󠁷󠁬󠁳󠁿#CommonwealthGames2022 @TeamWales pic.twitter.com/XvTZBIbMsA

“I feel like there is a big one there. Hopefully, on the day I can make it happen.“

Cockram and Evans will set off over the same course in the women’s event which starts at 10.30am.

Evans made her marathon debut at the Kew Garden Olympic trials in March of 2021 where she posted a time of 2:32.42.

In October of the same year, she posted the second fastest time ever by a Welsh woman when she clocked 2:31.19 in Rotterdam.

Commonwealth Games team mate Cockram is the only Welsh woman to have run faster over the marathon distance.

The Micky Morris Racing Team athlete broke the Welsh record at the Dublin Marathon in 2019 – just four days after being kicked by her horse.

In November Sa told me I’d finish on the podium at the Tour this year. I found it pretty hard to believe her. But hey, she’s usually right. This is for her and Macs for always believing, & for everyone’s support over the last month. There’s life in these legs yet. Vive Le Tour 👌 pic.twitter.com/XzGIdNUs4m

The following year she won the British marathon title on a closed course around London’s St James‘s Park, before lowering the Welsh record to 2:30.03 at the Kew Gardens Olympic Trials.

Griffiths last week competed for Great Britain at the World Athletics Championships in Oregon, where he bravely finished 49th despite suffering from a significant leg injury which he picked up in preparation for the games.

Davies and Edwards are currently preparing to represent GB at next month’s European Athletics Championships in Munich.

Meanwhile, Bracegirdle, has been named in a high class Elite Women’s Field at the 2022 London Marathon.

All in all there will be plenty for Welsh athletics fans to cheer about on the streets of Birmingham on Saturday.