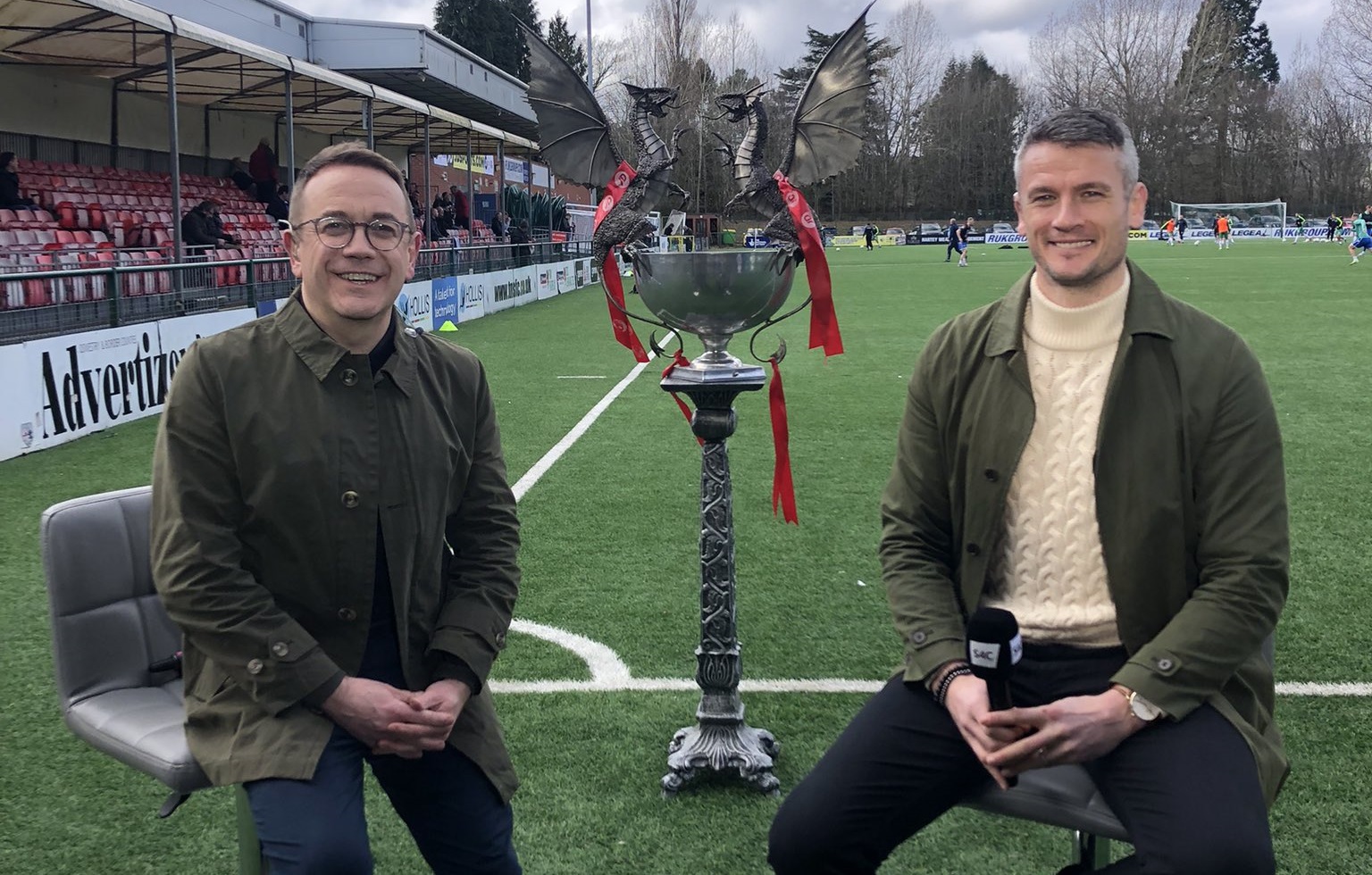 S4C will remain the home of Welsh domestic football for the next four years.

The broadcaster has reached an agreement with the Football Association of Wales for exclusive coverage of the domestic men’s, women’s leagues and the Under 21 international matches until 2026.

A total of 35 games per season will be shown on Sgorio, from the JD Cymru Premier, JD Welsh Cup and Nathaniel MG League Cup.

In addition, S4C will show a number of  games from the Genero Adran Leagues each season, the top level women’s league. All the action will be captured in a weekly highlights programme.

Owain Tudur Jones, Sgorio analyst and former Wales international, said: “This is fantastic news for the game in Wales.

📺 @S4C and @Sgorio will continue showing live coverage of top-flight domestic Welsh football for the next four seasons after securing a new broadcast agreement with the FAW.

“Football has never been more popular and the JD Cymru Leagues and Genero Adran Leagues play a huge part in developing our talent. The leagues are the pinnacle of the club game in Wales and the standard is constantly improving, season on season.

“We’ve seen Welsh international players like Ben Cabango, Dave Edwards and Jazz Richards join the JD Cymru Premier in recent years and that shows which direction the league is heading.

“There’s plenty of high-scoring games, spectacular goals, fierce rivalries and the chance to play European football at the end of each season, so it’s a league that has everything you could ever want as a football fan.”

Siân Doyle, S4C chief executive, said: “This new domestic football agreement underlines S4C’s status as the home of Welsh football, and that is something we are very proud of.

“S4C has been a broadcaster of the national league since 2008 and our coverage has helped grow the profile of the leagues significantly.

“Sgorio is a brand that is trusted and valued by all football fans in Wales. Last season, there were 48 live domestic games shown across Sgorio platforms and there were over 12 million views to Sgorio’s online content, which shows how important it is to current supporters of the leagues, but also to bring in the supporters of the future.”

“We are honoured to continue our commitment to domestic football and we hope it will help further the development and growth of the game here in Wales.”

To celebrate Sgorio continuing their coverage of the national side, here’s a clip that shows why we love having our national game on our national channel. Viva Malcolm Allen and S4C. pic.twitter.com/JdK7ckaxDT

“There is a real buzz around Welsh football with our qualification for the FIFA World Cup for the first time in 64 years and hopefully we will see the success of the men’s national team filter down to the domestic game in the upcoming campaign and beyond.

“The FAW and S4C enjoy a very important and culturally recognised relationship for Cymru which transcends football itself. This relationship is part of the fabric of life in Cymru and means so much to so many people.

“We look forward to seeing more of S4C’s excellent coverage of the domestic game and Cymru’s Under-21 matches over the next four seasons.”

In addition, the Sgorio brand launched a new podcast, a new women’s football vodcast and showed a live match from the Welsh men’s second tier for the first time.

S4C has been a broadcaster of the JD Cymru Premier since 2008.