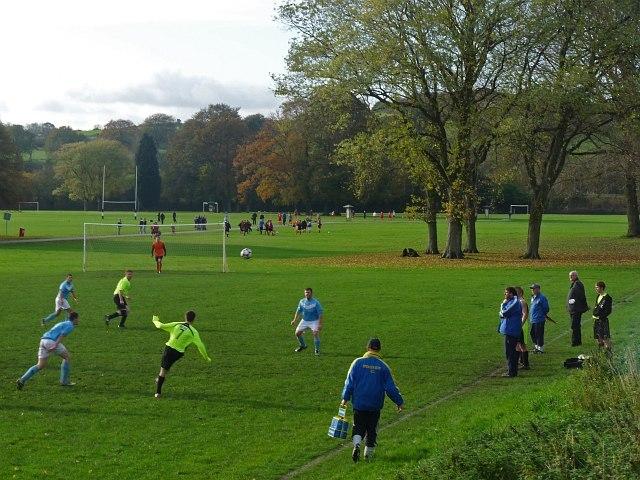 All football in Wales has been suspended.

The Football Association of Wales has suspended all domestic football in the country.

The decision means football matches at all levels – from elite to local leagues – in Wales will not take place at least until April 4 due to coronavirus.

A statement from the Welsh FA said: “The FAW is fully aware of the impact this will have on the domestic game but the health and safety of all fans, players, volunteers and stakeholders are of paramount importance.

It comes after Wales’ March friendlies were both cancelled due to the virus pandemic as well as Cardiff City and Swansea City fixtures which have been put on hold as part of the Football League shutdown.

The Wales match against USA, scheduled for Monday, 30 March at Cardiff City Stadium is off, as is the friendly with Austria on 27 March in Swansea.

The United States have cancelled all their matches scheduled in March and April and explained the reasons in a detailed statement.

“We are disappointed to see any postponement or cancellation,” FAW chief executive Jonathan Ford said.

Full refunds will be issued to fans.

“We understand that the health and safety of all fans, players and stakeholders are paramount,” Ford added.

The upcoming Wales C international against England C at the Oval on 24 March has also been cancelled.

Top-level English football has been suspended until 4 April at the earliest, while next week’s Champions League fixtures and draw have been postponed.

The Football Association, the Premier League, the English Football League, FA Women’s Super League and FA Women’s Championship have all agreed to call a halt to competitive action with immediate effect. The news was confirmed in an EFL statement.

The Football Association of Wales has today (13 March) taken the decision to suspend domestic football at all levels in Wales with immediate effect until 4 April due to the COVID-19 outbreak.#TogetherStronger

It follows players and staff becoming affected by the virus, or individuals self-isolating as a precaution after reporting symptoms consistent with Covid-19.

In a joint statement, the Premier League, FA, WSL and EFL said: “Following a meeting of Shareholders today, it was unanimously decided to suspend the Premier League with the intention of returning on 4 April, subject to medical advice and conditions at the time.”

They added: “Despite the challenges, it is the Premier League’s aim to reschedule the displaced fixtures, including those played by Academy sides, when it is safe to do so.

“In this fast-moving environment, further updates will be provided when appropriate.”

“Above all, we wish Mikel Arteta and Callum Hudson-Odoi speedy recoveries, and everyone else affected by COVID-19,” he said.

“In this unprecedented situation, we are working closely with our clubs, Government, The FA and EFL and can reassure everyone the health and welfare of players, staff and supporters are our priority.”

UK government advice on mass gatherings in England and Wales has not changed despite the decision on Thursday to move into the ‘delay’ phase in tackling the virus, but the spread of the illness among competitors has forced the hand of organisers.

The Guinness Six Nations match between Wales and Scotland in Cardiff on Saturday is still due to go ahead as things stand.

UEFA has announced all Champions League and Europa League matches scheduled for next week have been postponed.

A UEFA statement read: “In the light of developments due to the spread of Covid-19 in Europe and related decisions made by different governments, all UEFA club competition matches scheduled next week are postponed.

“Further decisions on when these matches take place will be communicated in due course.

“As a consequence of the postponements, the UEFA Champions League and UEFA Europa League quarter-final draws scheduled for 20 March have also been postponed.

Scottish football has also announced an immediate suspension, with all games – including Sunday’s Old Firm derby – postponed until “further notice”.

Rangers were due to stage Celtic but the Ibrox clash has now been shelved.

In a statement, the Scottish Football Association and Scottish Professional Football League’s joint response group said it had been decided to suspend “all domestic professional and grassroots football under the jurisdiction of the Scottish FA until further notice”.