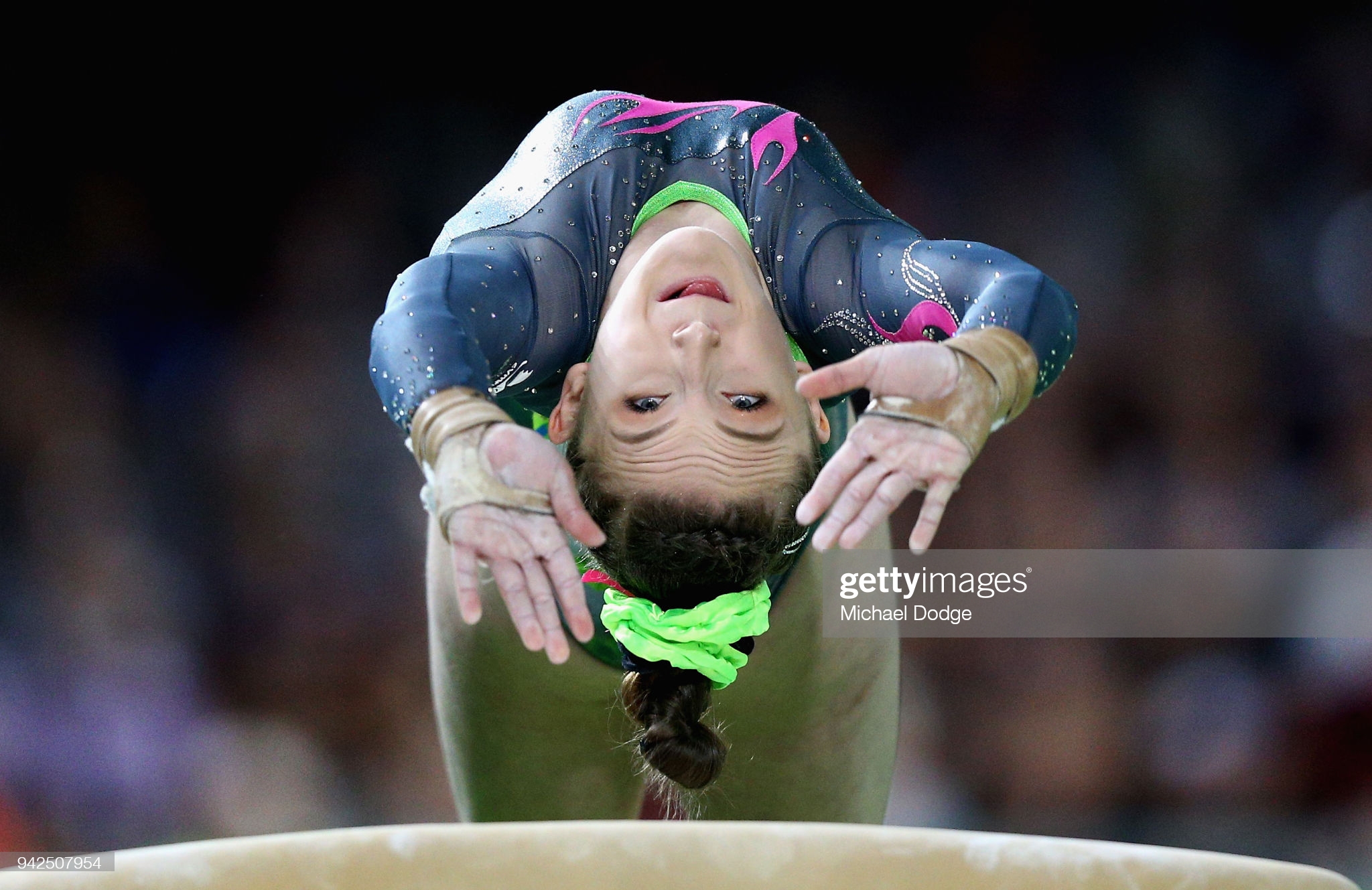 Emily Thomas competes on the vault at the 2018 Commonwealth Games in Australia. Pic: Getty Images.

Welsh Gymnastics have released their long list of gymnasts who are eligible for nomination and potential selection for Team Wales for next year’s Commonwealth Games in Birmingham.

Announced on Commonwealth Day, the list of 21 squad gymnasts includes four bidding to secure their spot at a second Commonwealth Games, having competed on the Gold Coast in 2018.

Two of those are in women’s artistic. Bridgend’s Emily Thomas – who also has hopes of making the Great Britain squad for the postponed Tokyo Olympics this summer – and Holly Jones were both part of Team Wales in Australia three years ago.

Swansea’s Jones only narrowly missed out on a medal on vault in Australia when she finished fourth and, if selected, has set her sights on a medal in Birmingham.

Men’s artistic gymnast Josh Cook, who hails from Penarth, was also among the class of 2018, and is currently studying and training at the University of Illinois.

Also in contention will be GB stars Joe Cemlyn-Jones and Tokyo hopeful Brinn Bevan – who competed at the Rio Olympics in 2016 and qualifies for Wales through his late father Glynn.

Swansea’s Emil Barber was on the long list for the last Commonwealth Games and will be hoping to secure his place in the team this time around having been a reserve in Australia.

Rhythmic gymnast Gemma Frizelle is the other member of the team from Australia and is again in contention and is part of a quintet from Llanelli Rhythmic Gymnastics Academy.

Both medallists from 2018 have now retired, with Latalia Bevan confirming back in January she had joined multiple Commonwealth Games medallist Laura Halford in retiring from elite competition.

Over the next year, several trials and competitions will take place to decide the final gymnasts put forward to represent Wales at the Commonwealth Games in Birmingham.

Welsh Gymnastics head of performance, Jo Coombs, said: “This is an exciting period for all involved and I would like to wish them all the very best of luck with what I am sure will be a thrilling set of trials and competitions for this group of gymnasts.”