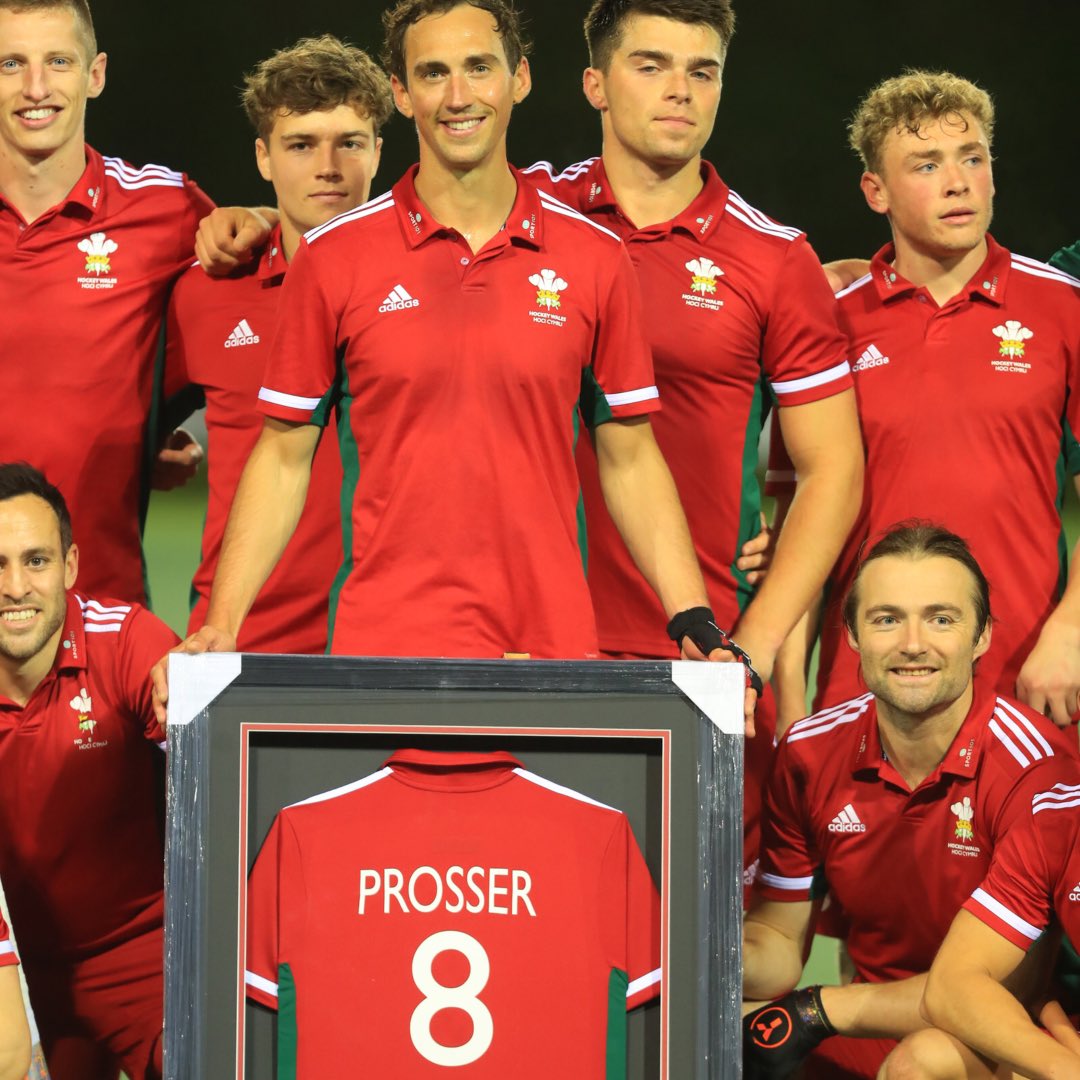 Lewis Prosser believes Welsh hockey is on course for a year to savour after he helped Wales men’s team qualify for the World Cup for the first time.

Not only did Prosser set a new record mark of 159 caps for his country last weekend, when he made his 159th appearance, but he guided his team to the tournament finals in India, which take place at the start of 2023.

The unparalleled achievement means Wales can look forward to a bumper few months of elite hockey competition with the Eurohockey Championships, the Commonwealth Games and the World Cup all in the space of less than a year.

Prosser – whose team beat Italy and France to clinch their World Cup spot in the qualifying games in Cardiff – said: “We have got a hell of a year coming up.

“We go back to our clubs now, but then we have a European competition next year, we have the Commonwealth Games and now, obviously, the World Cup in the January of the year after.

“So, there is lots to look forward to.”

Wales beat Italy 2-0 first up, with Gareth Furlong scoring a brace, before needing a shoot-out to squeeze past Ireland in the semi-finals and earn a place at the 2023 World Cup.

Ireland had taken the lead inside the opening minute, but Joseph Naughalty brought Wales level and it was 1-1 at the end of regulation time.

The match went to a shoot-out and Ireland scored only one of their five chances, meaning goals from Jack Pritchard and Rupert Shipperley – who played for Great Britain at the Tokyo 2020 Olympics – were enough for Wales to win.

“That was an unbelievably tight game, the boys didn’t make it easy but they were awesome,” admitted Wales coach Danny Newcombe. “We’ve made history for Wales.”

France had breezed into the World Cup, beating Poland 5-0 and Austria 4-1, but Wales then beat the French 2-1 in impressive fashion in the final to top the final qualification standings.

After his team had beaten France, Prosser said: “It was quite nice as this was a game with nothing to lose since we made sure of the qualification the day before.

“We conceded early on, but we implemented the game plan we had done in the previous game. We stuck to our processes and our game plan. We managed to get a positive result.”

While Wales men are celebrating and making their plans for India, Wales just fell short of making next year’s women’s World Cup.

In Pisa in Italy, only one place at next year’s tournament was on offer. And top-ranked Ireland – runners-up at the 2018 World Cup in London – lived up to that billing.

Wales had beaten Italy and Scotland, while Ireland defeated France 4-1, Belarus 3-2 and then edged out Wales 2-1 to win the tournament.

Anna O’Flanagan played a starring role and scored four goals, including a brace in the final.

The Netherlands and Spain are co-hosting next year’s World Cup.