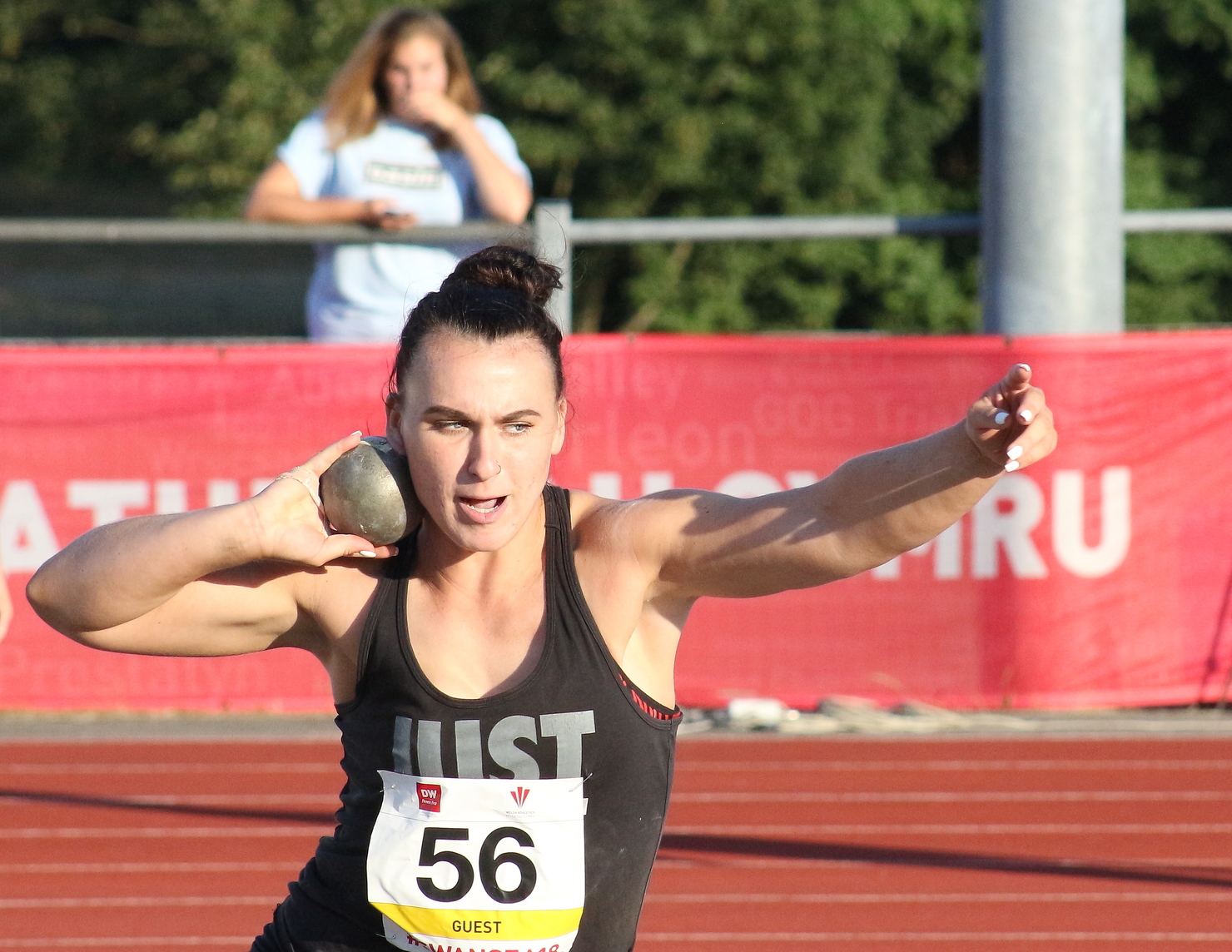 Nicoll will double up in shot and discus in Manchester. Pics: Owen Morgan

Welsh athletes will be out in force at next week’s prestigious Manchester International match.

The event will see hosts England take on senior teams from Wales, Northern Ireland and Ulster, Scotland and Iceland, along with a Great Britain Under-20s team.

The British Athletics League and UK Women’s League will also have a select team, along with other international representatives including athletes from Denmark.
Welsh Athletics have named a 32-strong team, which features a mix of experience and emerging talent.

Included in the Welsh line-up at Manchester Regional Arena next Wednesday is reigning British discus champion Brett Morse, of Cardiff AAC, who recently competed at the inaugural Athletics World Cup in London.

The Cardiff AAC athlete will be up against a familiar opponent in the shape of Pembrokeshire Harrier James Tomlinson, who has been selected for the GB Under-20 team following his appearance at the World Junior Championships in Finland earlier this summer.

Indeed Wales will be particularly well represented in the throwing events.

Adele Nicoll, of Birchfield Harriers, who has this year picked up the British Universities title as well as the Welsh senior indoor and outdoor titles, will be competing for Wales in the women’s shot put and discus.

Birchfield Harrier Bethan Rees, who recently won the English schools title in Birmingham and Welsh senior title in Cardiff on the same day, will compete in the women’s javelin.

Welsh U-20 and English schools champion Tom Hewson, of Andover AC, will represent the GB Under-20 team in the men’s competition.

In the hammer, Wales will be represented by UK Under-23 Champion Jac Palmer and Amber Simpson who is in good form after her win at the Welsh International fixture held in Swansea last month.

Likewise , the women’s sprint selection is a strong one, featuring the likes of Welsh 100m champion Hannah Brier and UK Under-23 200m silver medallist Amy Odunaiya, of Wrexham AC.

England Athletics Teams and Competitions Manager, Andy Day, said, “We are pleased to be able to provide an opportunity that extends beyond England to other home countries and British junior athletes.