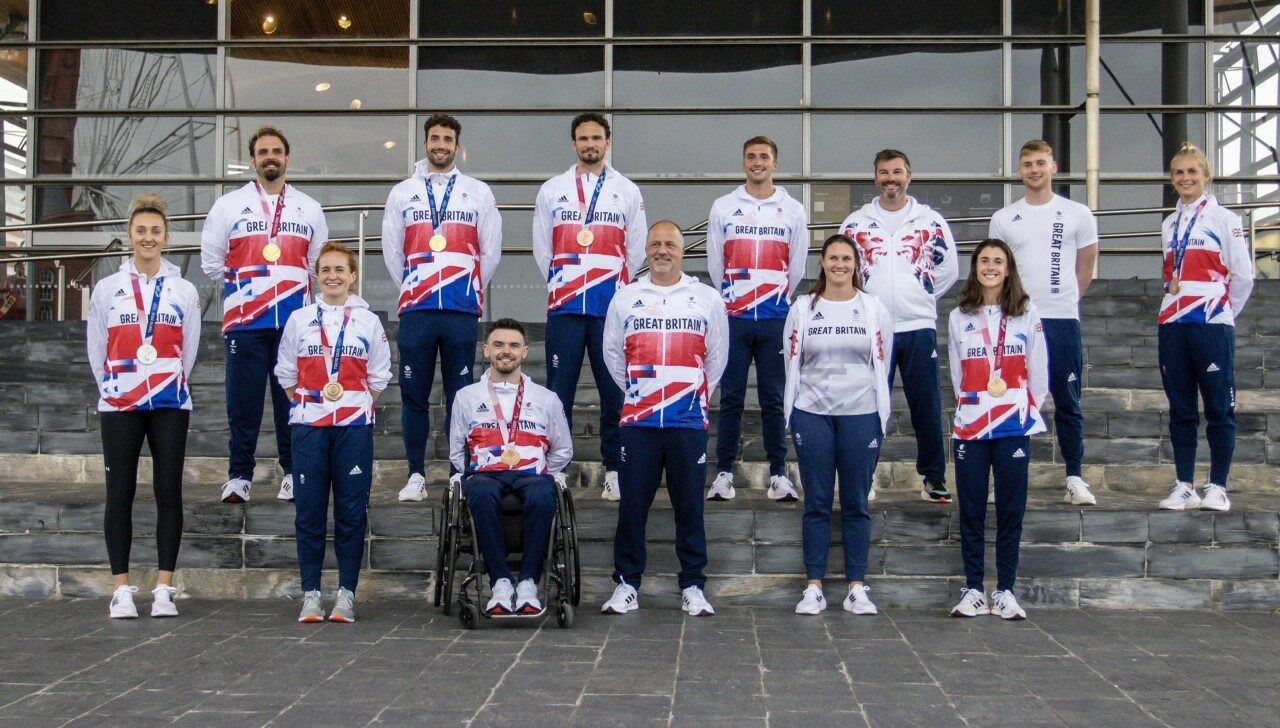 Welsh Olympic and Paralympic stars at the homecoming event at the Senedd.

Wales’ Olympic and Paralympic heroes were celebrated at a special homecoming at the Senedd on Monday evening.

Hockey bronze medal duo Leah Wilkinson and Sarah Jones were also at the event. The couple are currently planning their wedding and were thrilled to both be in the same team in Tokyo.

It was a real privilege getting the chance to visit The Senedd yesterday 🏴󠁧󠁢󠁷󠁬󠁳󠁿 https://t.co/fWZjNvGuOz

First Minister, Mark Drakeford was on hand to congratulate all the athletes and is delighted with how well the Welsh contingent performed.

“I’m very proud so many fantastic Welsh athletes have been part of Paralympics GB and Team GB, competing at the very highest levels of their sports in the Olympic and Paralympic Games this year, said Drakeford”.

“These are stunning successes for a nation our size and show how we punch above our weight, time and again, when it comes to sporting success on the world stage.”

Those thoughts were echoed by the Llywydd of the Senedd, Elin Jones MS.

“Seeing these athletes – people from communities across Wales – giving their all and providing us with excitement and unity after such a difficult 18 months was a fantastic sight,” said Jones.

“Undoubtedly, they will have inspired the next generation to join today’s Olympians and Paralympians as part of Wales’ illustrious sporting history.”

Had an amazing time at the Welsh Home Coming last night ❤️🏴󠁧󠁢󠁷󠁬󠁳󠁿 https://t.co/sINWUhE75C

Fiona Reid, Chief Executive of Disability Sport Wales was pleased with how many medals the Welsh athletes won.

“It has been a challenging period of time, but the focus, determination and resilience of each and every Paralympian has been phenomenal,” explained Reid.

“We are incredibly proud of the achievements of all 22 of the Welsh athletes/athletes living in Wales who represented ParalympicsGB in Tokyo.

“Making up 10% of the team, and bringing home 14 medals continues to demonstrate the impact that Welsh athletes make on the world stage.”

Brian Davies, Director at Sport Wales, is hoping the athletes can inspire the public to get back involved with sport given the disruption of the pandemic.

“We always knew that these would be the Games like no other, and once the sport started they definitely delivered some truly iconic sporting moments,” said Davies.

“Following on from a difficult couple of years, we hope that their performances will have helped Wales to rekindle a love for sport or to try a new way of getting active.”