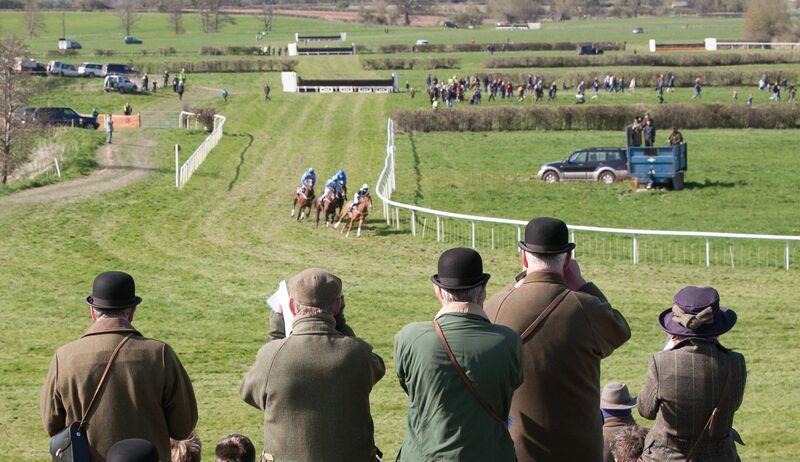 Brace is based at Dunraven Stud, Pyle, near Bridgend, while Tudor is from Merthyr Mawr.

Chepstow’s Tom Faulker who had two runners in the Dunraven Bowl Mister Robbo and GoWell who were both pulled-up  had something to smile about when his Dino Boy took the young horse maiden race.

Berkeley Races at Woodford are held in the Berkeley Vale countryside with the 12th century Berkeley Castle providing a backdrop to the course.