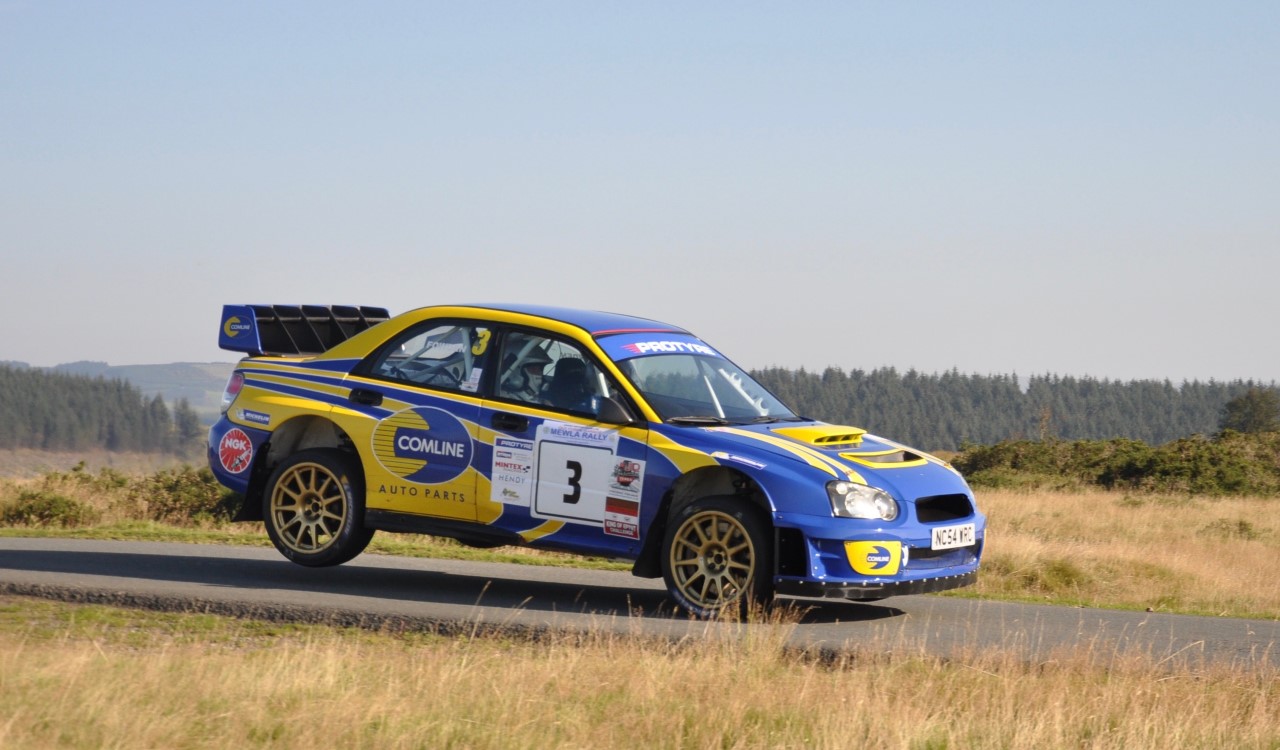 Drivers such as Bob Fowden have had no rallies to contest this year.

Rallying is fighting to avoid an complete Covid-19 induced wipe-out in 2020 – with just a few events still hoping to run this year.

No rallying has taken place in Wales for five very long months.

The lockdown handbrake was pulled so early in the season that only one forestry event – the Llandudno-based Visit Conwy Cambrian Rally – and only one road rally – the Rali Bro Caron, held on the lanes around Lampeter – took place before the sport screeched to a stop.

As each month has passed, more rallies have been cancelled.

When the Tour of Epynt in April and the Plains Rally in May were cancelled, rallying hoped that by mid-summer at the latest things would be back up and running, and a jam-packed second half of the season would compensate for a barren beginning.

But the situation has got worse, and now events scheduled to take place in November – like the Epynt Motor Club’s Powys Lanes Road Rally and the rescheduled Builth Wells-based Nicky Grist Stages – have been cancelled.

The biggest event to suffer the coronavirus chop is, of course, Wales Rally GB, meaning that there will be no UK round on the revised FIA World Rally Championship calendar this year.

And every rally championship has been scrapped for 2020.

Even some motor club end-of-season award ceremonies have now been cancelled, because nobody has won any trophies this year.

There is, however, a flicker of light at the end of a very dark and long tunnel.

Carmarthen Motor Club – one of the oldest, most experienced and most active clubs in Wales – is aiming to run a single-venue event called the Coracle Rally Time Trial at Walter’s Arena in the Vale of Neath on 13 September.

A similar event – the Select Security Services Rally Time Trial at the Sweet Lamb motorsport complex – was due to run on 9 August, but that has now been postponed until the last weekend in October.

And here lies the impassable road block. While gatherings of more than 30 people are not permitted in Wales, running a rally is a non-starter.

Even behind closed doors. And there is another problem with these driver-only events.

A sad day for all us rally fans in #Wales – us included. Difficult times, difficult decisions. Hopefully the 2021 season will be kinder to us all. If there is a positive in this, those stages should be in outstanding condition for next year’s rallying!🏴󠁧󠁢󠁷󠁬󠁳󠁿 https://t.co/J89P4caXSa

But without a navigator’s financial contribution, the cost of contesting an event increases for the driver. In the case of the event at Sweet Lamb, that’s an additional £320 added to the cost of preparing the rally car, fuel, tyres and repairs.

Just when you’d expect competitors to be chomping at the bit to get their rally cars out of the garage and back on to the stages, it’s one of the reasons why the Sweet Lamb time trial hadn’t attracted anywhere near the maximum 55 car entry.

And at a time when not everyone is confident about going to a beer garden, there are many reasons why spending a day mixing with fellow competitors and marshals – and the fear of having an accident and ending up in A&E – would put competitors off doing a rally in the near future.

But for those keen to return to near normal as soon as possible, the Winter Garage Škoda Wyedean Stages still plans to run on schedule on Saturday 17 October.

Taking place just over the border in Gloucestershire, the event was to be the final round of the Welsh Forest Championship.

It is yet to receive the all-important permit from the sport’s governing body, Motorsport UK, which will allow it to run – but if and when it does receive the necessary paperwork, the organisers say that it will take place.

“Somebody’s got to man-up and be the first to run a multi-stage event, and we’ll only cancel if we’re told we can’t run it,” said the Forest of Dean Motor Club’s deputy chairman and experienced rally driver Bob Morgan.

“Everything is in place and ready to go.”

The final event of the year is the West Wales Rally Spares Jaffa Stages, which is still scheduled to take place at the Welsh Motorsport Centre at Pembrey on Monday 28 December.

If that is allowed to run, then optimism and confidence for a brighter 2021 will return to the sport.

And if it doesn’t, you have to fear for what the unthinkable – early 2021 event cancellations and postponements – will do for the future of the sport in Wales.