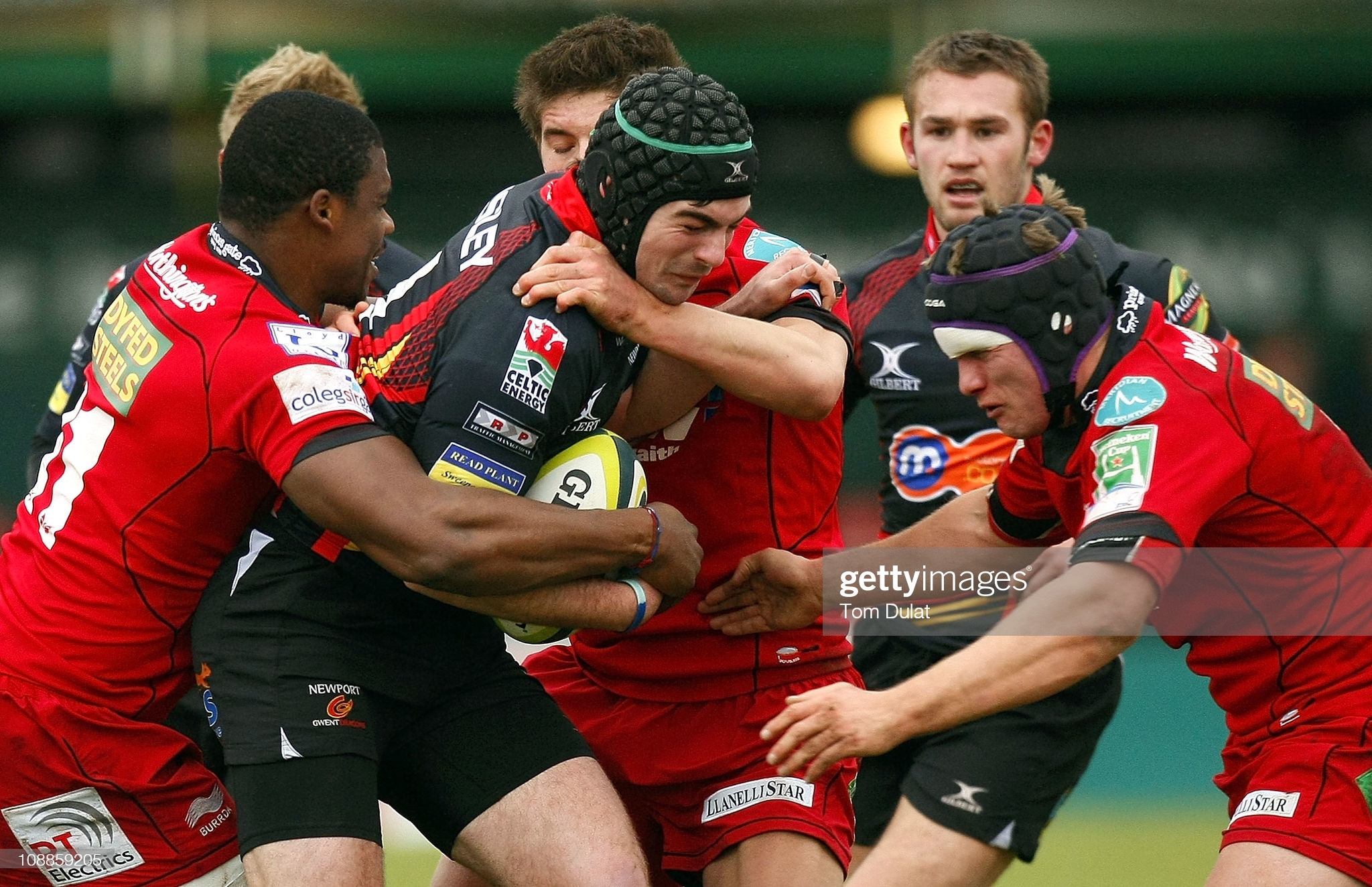 Adam Hughes in action for the Dragons. Pic: Getty Images.

The Welsh Rugby Union and the country’s four professional sides have met for detailed crisis talks to discuss their potential liabilities for concussion-related damages.

Former Dragons and Wales Under-20 centre Adam Hughes is one of six new players who have given their backing to supporting legal action against World Rugby, the Rugby Football Union and the WRU for alleged failure to protect them from the risks caused by concussion and head injuries.

Rylands Law, the legal firm representing the players, delivered its letter of claim to the defendants last week and its receipt has been acknowledged by the WRU. At a time when Welsh rugby has lost £50million inflicted by the devastating consequences of Covid-19, the WRU and the regions are well aware of the potential ramifications should the players’ legal case be successful.

If the WRU – who are driving the concussion conversation in Wales – were to end up liable for millions of pounds in compensation, it could cripple Welsh rugby when it is already at a low ebb.

“Employees can bring claims like this where foreseeable risks to their safety have not been reasonably mitigated against,” David Lewis, employment law specialist with Cardiff-based Capital Law, said.

Alix Popham Revealed To Be One Of Over 100 Brain Injured Players Suing Rugby Authorities https://t.co/th0xBYKEcI

Rylands Law are in contact with 130 former players who have expressed interest in the claim.

Thompson and Popham have revealed they are both suffering from early onset dementia and believe they were not fully protected by their employers.

The WRU has enlisted the Welsh Rugby Players’ Association to reach out and support players like Hughes and others who may be struggling with concussion-related problems.

WRU chief executive Steve Phillips said: “All of Welsh rugby was saddened to hear news from Alix of the health problems he is experiencing in retirement.

“We have made contact with the WRPA as we would with any player welfare matter and we are aware they are in direct contact with Alix. I would like to express my personal admiration for Alix and his family for raising the issue and suggesting possible improvements to our game.

“More generally speaking, I would also add we take the wellbeing of all players, including our former players, very seriously. We will always listen to, as the game has always done, any potential improvements to our game for any reason. This is certainly not a time for rugby to go missing.”