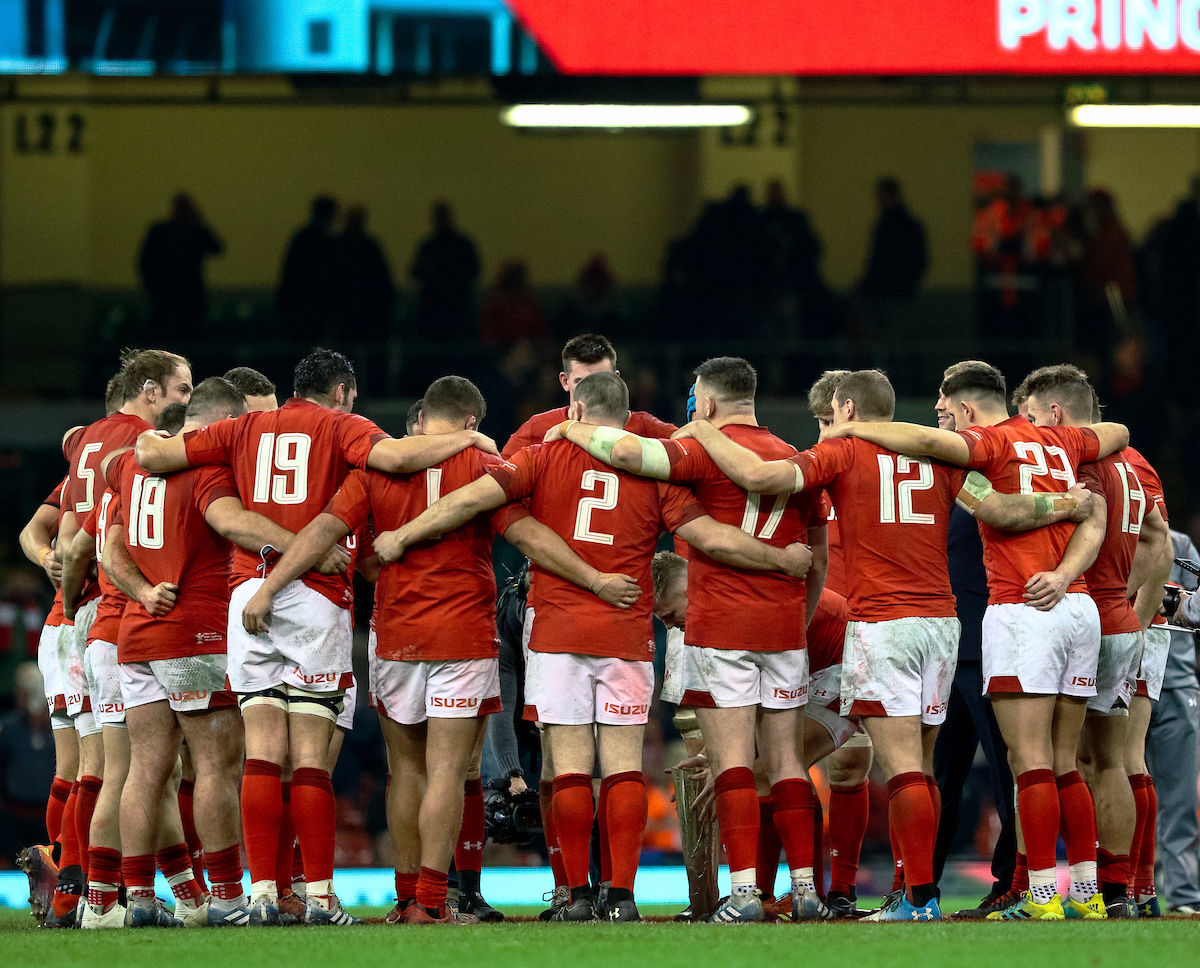 Brothers in arms . . . and ready for the Six Nations. Pic: Simon King/Replay Images.

The Welsh Rugby Union will receive financial support from Welsh government funding, which is set to be confirmed this week.

After a devastating year dominated by the Covid-19 pandemic, the WRU’s bank balance has been decimated.

It’s estimated each Wales home match brings in about £10million and the WRU believe they have lost more than £50m due to Covid-19.

That’s why the government’s “Spectator Fund’ — which both the WRU and the Football Association of Wales will benefit from — is so important.

Chief executive Steve Phillips has played a cautious game in not demanding support from the Welsh Government, but his approach is set to be rewarded with a much-needed support package.

The impact of coronavirus meant Wales had to play their final 2020 Six Nations game with Scotland and their Autumn Nations Cup matches behind closed doors.

WRU chief executive Steve Phillips said: “I think we’re looking at between £30m and £40m, and that would align with Scotland.”

The WRU’s struggles forced them into taking out a £20m loan from NatWest in 2020 and that money was used to keep Wales’ four regions – Dragons, Cardiff Blues, Ospreys and Scarlets – afloat.

The responsibility to pay back that loan is currently with the four sides who have received it.

It is hoped the WRU will be able to erase that loan with the Welsh Government support.

In November, the Westminster Government announced a £300m sport winter survival package of which £135m was given to support rugby in England.

Of that sum, £44m was given directly to the Rugby Football Union with £59m going to the Gallagher Premiership clubs.

Phillips has always argued the WRU should receive funding of a similar level, but the exact sum Welsh rugby will receive is still to be confirmed.

The four regions have not yet been informed by the WRU how much they will receive either.

Relationships between the WRU and the regions are currently being mediated by Brian Davies, the deputy chief executive of Sport Wales and a former player with Saracens.