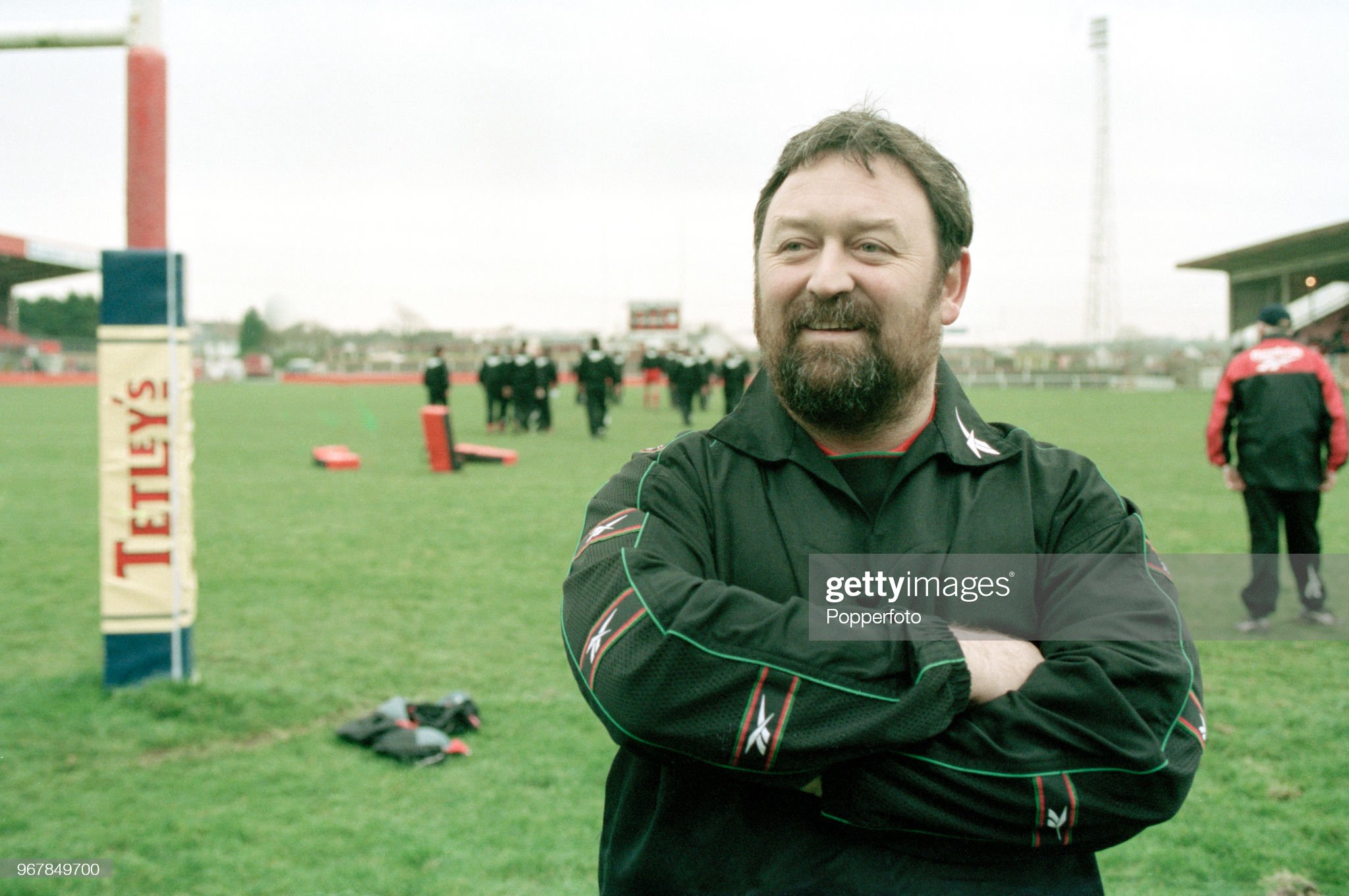 Steve Black on duty with Wales in 1998. Pic: Getty Images.

Black became a hugely popular figure working alongside Graham Henry when the New Zealander took over as Wales coach in 1998.

He went on to join Henry on the 2001 Lions tour to Australia before fulfilling a variety of rolls in both rugby and football.

The 64-year-old served on the Falcons’ coaching team twice – in a variety of positions – as well as taking roles with the likes of Newcastle United, Sunderland and QPR.

The Welsh Rugby Union tweeted: “Extremely sad news this morning. Steve made a huge contribution to Welsh rugby and the game as a whole. Sincere condolences to his family and friends.”

Cardiff Rugby’s head of performance Trystan Bevan said: “Terribly sad news to hear of the passing of Steve Black. Was a huge help to me at the start of my career and such an inspiration to so many people. Wonderfully intelligent, funny and charismatic man.”

Oh my goodness. Very few people I’ve ever met enhanced the lives of those around around him quite like Steve Black. We’ll be at Kingston Park later to pay our tributes to one of rugby’s great men @btsportrugby https://t.co/A9pmJ9nFyo

During his time with Newcastle’s football side, Black worked under Kevin Keegan during the club’s successful spell in the 1990s and warm tributes have been paid by many who worked with and under him.

A renowned mentor and motivator, Black was known to many for his close relationship with England great Jonny Wilkinson.

Wilkinson previously described Black as “the best at what he does” and Newcastle added on Sunday: “All at Newcastle Falcons are deeply saddened to learn of the death of our friend and former colleague, Steve Black.

“Blackie, as he was universally known, spent two spells on the club’s coaching staff – but he was so much more than that.

Terribly sad news to hear of the passing of Steve Black. Was a huge help to me at the start of my career and such an inspiration to so many people. Wonderfully intelligent, funny and charismatic man.

“The jovial Geordie was the spiritual heartbeat of the Falcons from the very early days of professionalism, helping steer Newcastle to promotion and then the Premiership title at the first attempt.

“Winning multiple domestic cups under his watch, Blackie’s unique motivational talents saw him succeeding with the Welsh national team and the British and Irish Lions, as well as with Newcastle United and Sunderland football clubs, and numerous other elite sportspeople.

“Much more than his sporting achievements, Blackie was a friend to all of us – a proud Geordie who understood the value of people, and how to inspire them.

“Our deepest condolences go out to Blackie’s family, and his many, many friends. You will never be forgotten.”

Alan Shearer led the tributes on Sunday, saying: “Awful news. RIP Blackie”, while ex-Sunderland and Newcastle striker Michael Bridges added: “So upset reading this tragic news. An amazing man who had time for everyone

“Took me under his wing in 1994 and trained me on Tynemouth beach to get me fit for the start of my YTS contract @SunderlandAFC. The world has lost a great man, husband, father and mentor.”

Sad news about Steve Black. One of the key members of Graham Henry’s coaching team with Wales when they embarked on that 11-match winning run.

Terry McDermott, who worked with Black as a football coach at Newcastle and Huddersfield, tweeted: “Devastated to wake up to the news my big mate @B1ackie has passed away. Words can’t do justice what a top bloke he was and he will be missed very much by everyone who knew him #ripblackie”