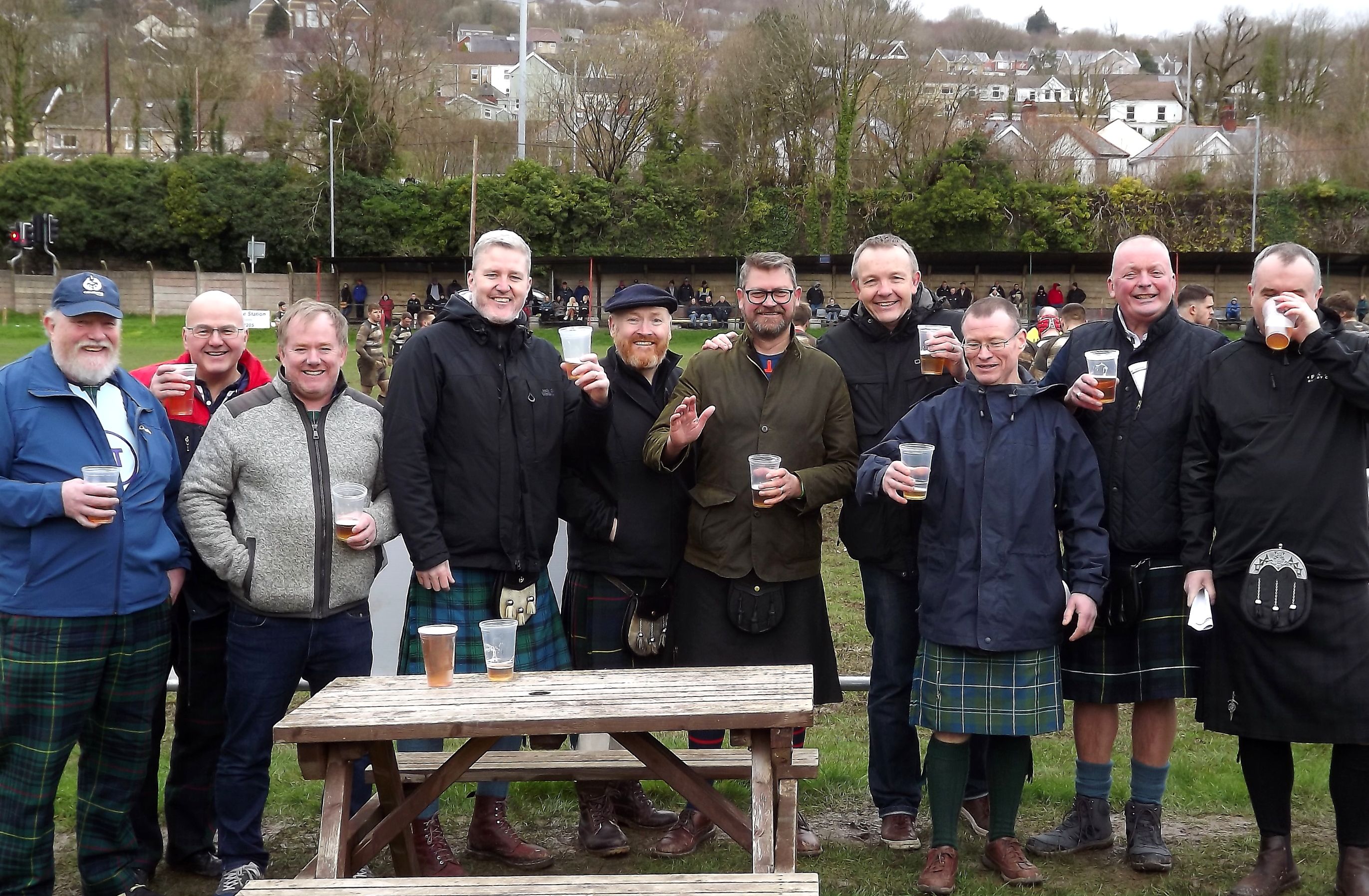 The curtain has fallen on rugby in Wales, with the decision by the WRU to suspend all matches due to the coronavirus pandemic. But our man, Owen Morgan just sneaked in before the final call as he – and a handful of disorientated Scotsmen – watched Ystalyfera v Cross Keys.

Ystalyfera RFC’s Ynysydarren Ground may only be 50 miles from the Principality Stadium in Cardiff, but in rugby terms they are light years apart.

But the modest village ground was at the centre of the rugby world on Saturday because ‘Fera’s home Specsavers National Championship match against Cross Keys wasn’t just the only show in town, it was the only one in all of rugby-mad Wales.

With the coronavirus crisis having led to the late postponement of the Six Nations match between Wales and Scotland, the clash was the only senior league rugby match played.

It was also the last league match to go ahead in Wales before the WRU suspension of all rugby came into force at 6pm on Saturday.

The fixture drew the usual crowd of villagers scattered around the ground – no problems with standing a metre apart here if you wanted to.

As well as the home fans and some hardy Keys faithful, there were a couple of well behaved Labradors and a handful of youngsters kicking a ball around behind the posts, painting a familiar community rugby picture in South Wales.

But there was also the rather more unusual sight of a group of be-kilted gentlemen, pints in hand, standing alongside the muddy touchline watching the unfamiliar opponents.

The rugby starved Scots, – who, having made the fabled biennial rugby pilgrimage from north of the border, were determined to get their fix of oval-ball action.

The group, which had travelled down from Edinburgh to Cardiff before either dawn or the news of the postponement had broken on Friday morning, were determined to see some rugby.

A quick trawl of the internet on Friday night had discovered a match going ahead in a village they had never even heard of 50 miles away.

But they set off from Cardiff on Saturday morning in a minibus to reach the Swansea Valley in time for the noon kick-off.

And they say the Welsh are rugby mad!

It’s fair to say the travelling Scots weren’t impressed by the timing of the postponement of the Six Nations match, but their disappointment had been tempered by the welcome they had received in Wales.

One of the group of former club players from Edinburgh said:  “To be quite honest with you, we were absolutely gutted.

“They could have done it the day before. We waited until the absolute last minute. We left at 4am on Friday morning and the game was guaranteed to be on.

“We got into Cardiff and we were having lunch when it was called off. It was too late, if they were going to cancel it they should have made the decision earlier.

“It’s not just us Scots fans, but there were loads of people from the north of Wales in the same position that we’ve seen in our hotel.

“Everyone was already in the area anyway, it’s not as is if it was going to make a massive difference.

“It’s disappointing, but we’ve made the most of it,” he said raising his glass with a mischievous twinkle in his eye.

“We went to Caerphilly rugby club last night and watched them play . . . I can’t remember against who . . . it was very friendly there!

“We’re staying over in Cardiff, but we’ve come here because it’s the only game on. None of us have ever been here before or heard of it, although I’d played at Caerphilly when I came down with the Bank of Scotland team.

“We were searching the web last night, so when we saw that this game was on, we thought ‘stuff it’ it’s close enough to Cardiff for us to get up there’.

“We’ve helped put some money across the rugby club bars and we’re not going to see any rugby for a while, possibly,” he added as a scuffle broke out on the touchline between the two mud covered packs an hour into the thus far scoreless match.

“And I don’t think I’ve ever seen a nil-nil match before, so that’s something new!”

Unfortunately for the Scots, and for Ystalyfera, the novelty of a scoreless match was denied them as Keys eventually broke the deadlock and ran out 13-0 winners.

But while the locals may not have been pleased with the result, everyone went home happy having at least seen some rugby, especially those who had travelled to the Upper Swansea Valley from Edinburgh via Caerphilly and Cardiff.