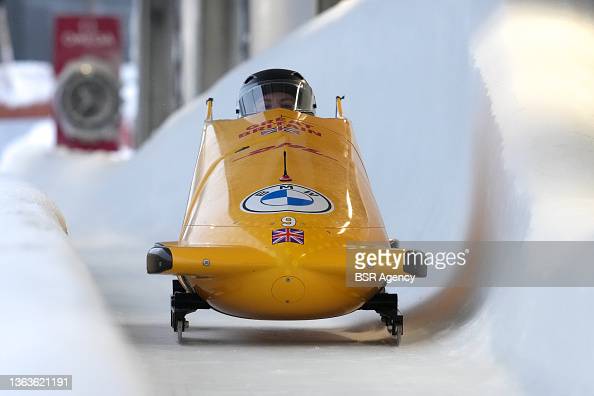 Team GB has named Adele Nicoll amongst the eight bobsledders heading to the Winter Olympics next month in Beijing.

After first stepping into a bobsleigh back in 2020, her first World Cup race in 2021, and being selected as a reserve in 2022, it’s fair to say the shot putter has come a long way.

Welshpool-born Nicoll has completely changed her diet and training in order to meet the required race weight for the bobsleigh, dropping 20kg.

The 25-year-old has already qualified to represent Wales in the shot put at this summer’s Commonwealth Games.

Olympic Team Leader and 2014 bronze medalist, Bruce Tasker said: “It’s really exciting heading into an Olympic Games with teams producing their best results ever. You cannot ask more of an athlete than to be the best they have ever been and both teams have achieved record performances this year.”

“The pandemic has thrown the teams huge challenges but the resolve and determination of the athletes has been inspiring. No hope has been lost and these teams that are already at a disadvantage with no home track to practice on continue to challenge for and win medals on the global stage.

“The hard work and preparation has been done now. The teams know what they need to do and how – it’s just about execution of the plan, and I’m confident in their ability do that.”

Brad Hall and Mica McNeill will pilot British crews in the 2-man, 4-man and women’s bobsleigh, with both having represented Team GB previously at the last Games in PyeongChang four years ago.

Hall with be joined by Nick Gleeson in the 2-man event, with Greg Cackett and Olympic debutant Taylor Lawrence chosen for the 4-man team and Ben Simons selected as the reserve.

IT’S CONFIRMED: Adele is off to the Winter Olympicshttps://t.co/bC7ciHwZPI pic.twitter.com/ukEXEogcFU

Team GB will be competing in three disciplines at Beijing 2022, 2-man, 4-man and women’s, with each race taking place over four runs across two days.

The 4-man competition begins at 1.30am GMT on Saturday 19th before bringing the curtain down on the Games events at the same time on Sunday.