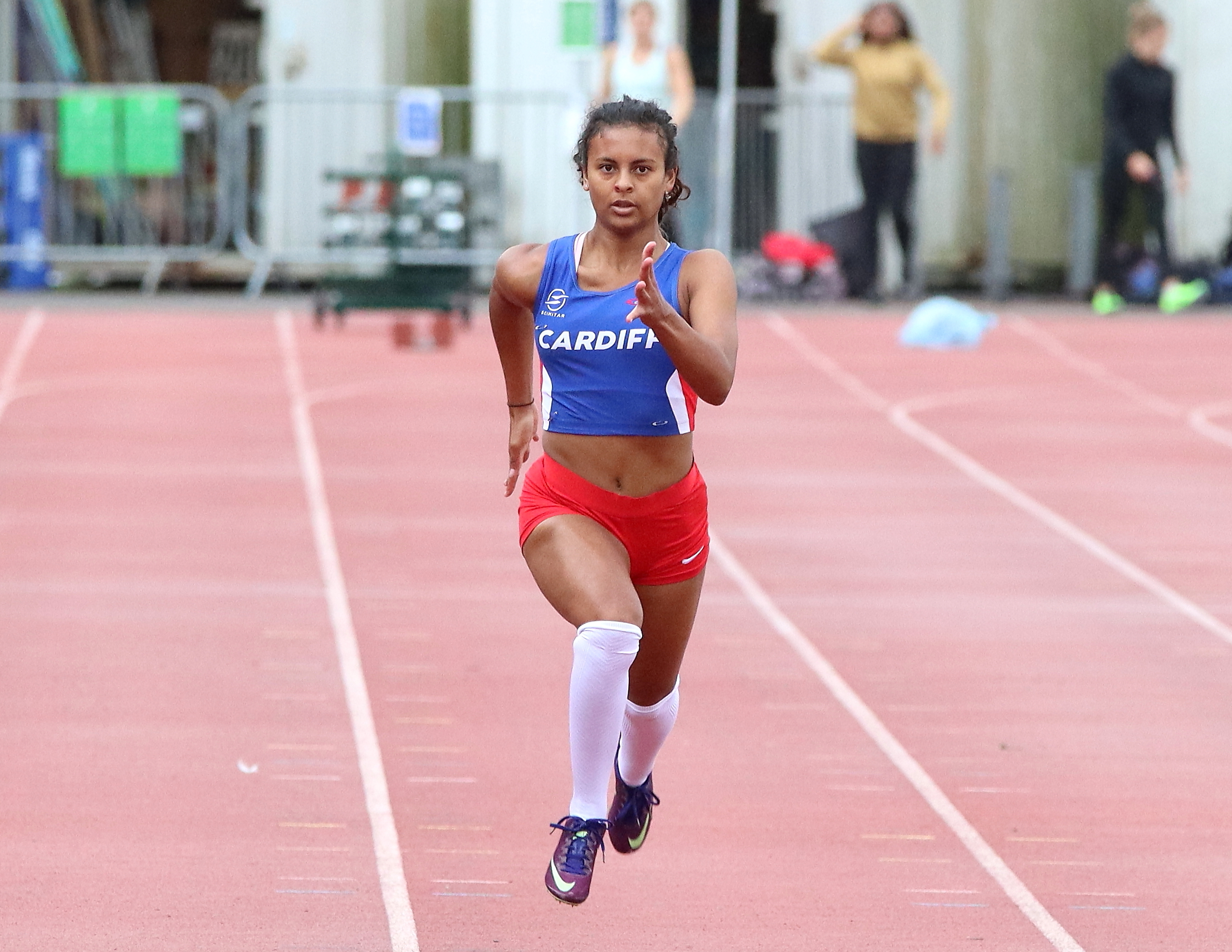 Teenage Welsh athlete Sadie Graham-Mulvaney is trying to raise awareness of autism within her sport.

The 17-year-old’s efforts have been highlighted in a campaign by luxury footwear and accessory outlet Kurt Geiger.

Graham-Mulvaney, who has high-functioning autism, set out her goals as part of the company’s People Empowered series, which shines the spotlight on underrepresented groups in fashion.

The Cardiff Athletics sprinter and triple jumper said one of her goals for 2021 is to raise awareness for any kind of disability in athletics.

“I’m part of a panel called The Welsh Junior Athlete Voice, which is a group of several athletes aged 15-19 from across Wales,” said Graham-Mulvaney.

“It’s an opportunity for young athletes to propose ideas for the Welsh Athletics Board to consider so that everyone’s sporting experience can be improved and to encourage athletes to stay in the sport.”

Despite also harbouring ambitions to eventually join the police force, staying within sport is one of Graham-Mulvaney’s many goals.

The A-level student, who also trains with the Wales Lacrosse development squad, said: “I definitely want to continue sports in the future and I’d also like to represent Great Britain in athletics.

“In previous years, autism hasn’t been classified as a disability within athletics, but another organisation is currently trialing the inclusion of a classification for athletes with autism which is really great to see.”

Graham-Mulvaney, who has won a Welsh national junior 100m title, as well as Welsh and English county under-17 triple jump titles, is keen to raise awareness about autism beyond sport.

The multi-talented youngster, who is seen modeling Kurt Geiger styles and accessories in the feature, would like to help clear up some common misconceptions about the condition.

“Don’t believe the stereotypical representations of autism that you see in films. Autism is a spectrum and it shows in different ways in different people,” she says.

“When autistic people say they have autism, a common response is often something like: ‘You don’t look autistic’.

“People need to understand that it’s not a physical disability, it’s something neurological that you can’t see.

“A lot of people think autistic individuals are quite emotionless, but really, it’s just that we don’t know how to express our emotions, especially in our facial expressions.

“Another misconception is that we’re rude, but a lot of the time we don’t know we’re being rude because we have no filter! People sometimes think I’m being rude, but often I don’t know what I said was rude until someone points it out.”

The talented harpist would like to see autism portrayed in a more positive way in the media and everyday life in general.

“In films, it usually comes across that we’re hard work and difficult to look after,” says Graham-Mulvaney.

“I also hear people use jokes a lot. For example, if someone makes a silly noise or acts in a goofy way, someone might say: ‘That’s so autistic’. But that’s not what autism is and it’s wrong to make a joke out of it.”

Asked what makes her feel most empowered, Graham-Mulvaney said: “I like to help people. If I have the ability to make someone feel better or help someone out, I usually do it.”

The Kurt Geiger campaign features men and women from sections of the population previously underrepresented in the fashion industry.

Around 15-20 per cent of the UK’s population have a visible or non-visible disability, totaling 14 million people.

Data shows that disabled people make up just 0.01 per cent of those featured in fashion and beauty advertising.

Others featured in the series include Pembrokeshire mental health campaigner Emma Picton Jones, who was widowed at the age of 27 when her agricultural contractor husband took his own life.

You can read more about the series on the Kurt Geiger website.