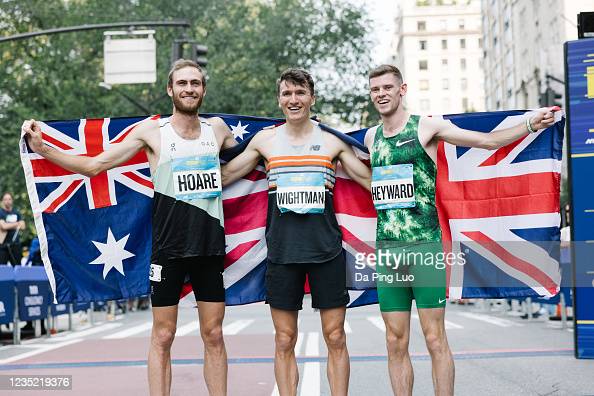 Charlotte Arter followed up her Welsh record-breaking performance at the Cardiff 5K last month with another great run on the streets of Newcastle.

The Cardiff athlete finished sixth in 1:11.11 behind Kenya’s world 5,000m champion Hellen Obiri, who crossed the line in 1:07.42 and fellow Brit Eilish McCoglan, who finished just six seconds behind Obiri on her half marathon debut.

Swansea Harrier Verity Ockenden was eighth in 1:12.56, while Welsh marathon record holder Natasha Cockram, of the Micky Morris Racing Team, was just behind in 1:12.59.

Arter’s Cardiff club mate and training partner Clara Evans was 10th in an impressive 1:13.22, considering she has been recently nursing a calf injury.

The men’s race saw Cardiff-based Jake Smith finish in a highly creditable fourth place in 1:01.54 behind winner Marc Scott, who crossed the line in 1:01.22.

Across the Atlantic, tennis sensation Emma Raducanu wasn’t the only British sports star hitting the headlines in New York.

Absolutely loved my first Great North Run! Chuffed to come away with 10th after some difficult weeks due to a calf Injury.

Great to see so many Welsh girls in the elite field

The Welsh mile record holder finished a close third, sharing the same time as second placed American athlete Oliver Hoare, who crossed the line a fraction ahead of Heyward in 3:50.4.

The women’s race was won by Wightman’s fellow Scot Jemma Reekie, whose perfectly timed kick brought her home in 4:21.6.