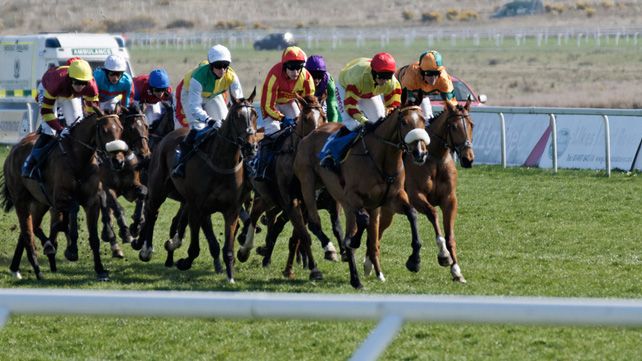 Tudor, aged 16, earned a treble at the Tivyside Hunt Point-to-Point Steeplechases at Lydstep in Pembrokeshire to take his tally so far to 13.

Following on from his win aboard William Money 24 hours before at the Berkeley Point-to-Point, Tudor’s’s first winner of the day at Lydstep came in the form of a walkover.

Walkabout Creek was the only runner declared for the Tivyside Hunt Members.

He then went on to win the Conditions aboard Desert Roe, who made most of the running and displayed a wonderful round of jumping to finish 20 lengths ahead of Jungle Legend partnered by jockey Matthew Barber.

Tudor’s third and final winner of the day came in The Novice Riders where he partnered 2/7 on favourite Midnight Folie to win by 20 lengths to Union Jack D’ycy and Scott Malson.

The 13-year-old Hunky Dorey finished third in the Novice Riders with owner/rider Rhian Howells on board, who had been delighted to saddle her first winner in the previous race when 5/4 chance Caveat Emptor took the Open Maiden with Wayne Maskill on board.

Maskill described him as ‘An absolutely awesome spin and he should definitely improve on better ground’.

The six-year-old by Arcadio appeared to relish the step up in trip as he romped home 11 lengths clear of Little Brian and Byron Moorcroft with Pub Lunches running on well to finish third under Emma Mosely.

Moral Hazard made all the running to win The Mens Open under Bradley Gibbs, by six lengths from the Luke Price trained Ramble On.

Having been pipped at the post on a few runs this season, connections Beverley Thomas and Adrian Simpson were thrilled to see the 10-year-old by Milan get his head in front and will be looking for another suitable race for him soon.

The Ladies Open was taken once again at Lydstep by the 12-year-old Hold Court and Isabel Williams, making it three wins from his last three starts.

Having made most of the running, Tiger Rag, partnered by Anna Lewis, couldn’t quite get back at the 2/9 favourite after going clear two fences from the finish.

Isabel spoke affectionately about her mount afterwards, saying: ‘‘He’s lovely, we have a lot of fun with him. He may go to Bonvilston next weekend if we have some rain, if not it’ll probably be Lower Machen.”

A big thank you is owed once again to the land owners and hunt supporters who worked hard to provide safe ground.

Despite the heavy rain blown in by Storm Hannah the day before, the ground remained good to soft having clearly dried well overnight.