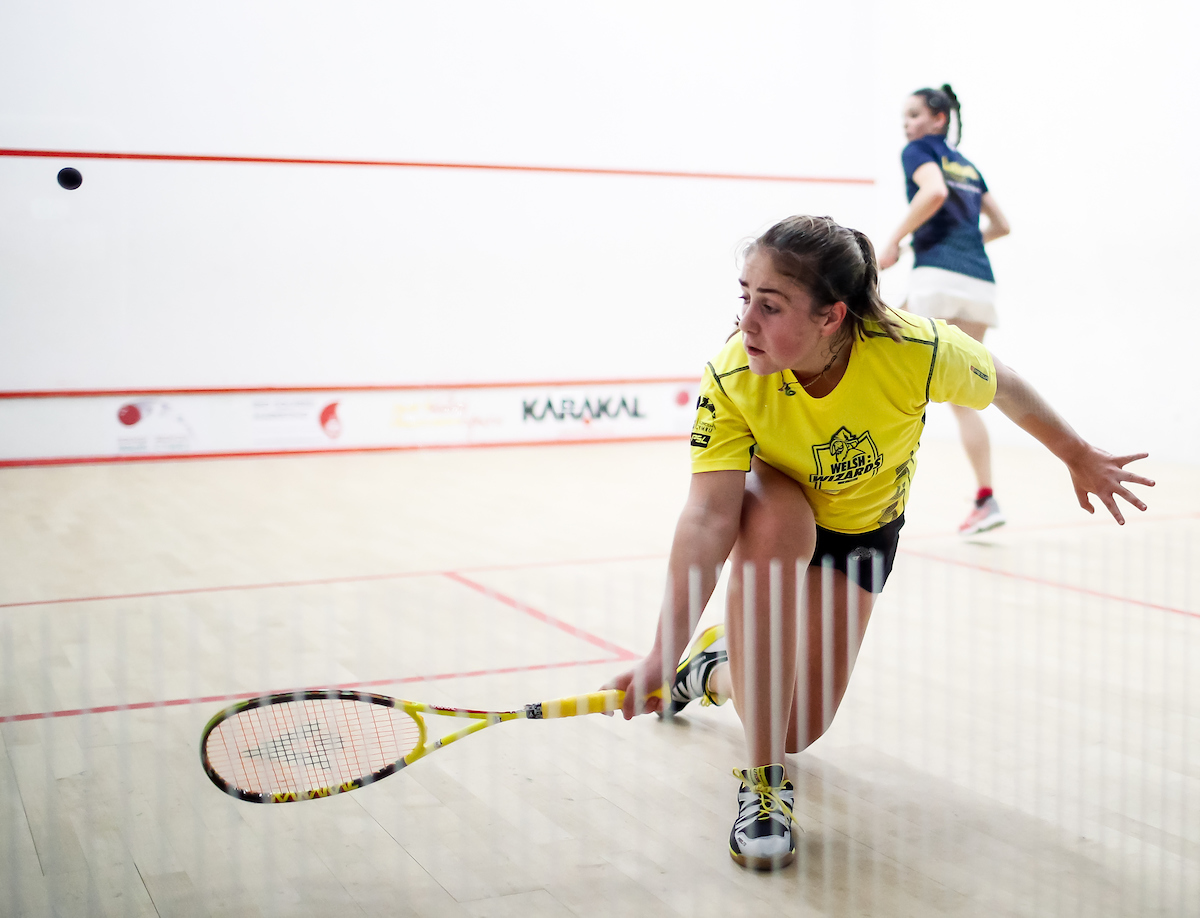 Tesni Evans can secure the biggest win of her career is she can shock world No.2 Nour El Sherbini at the PSA World Championships on Thursday night  in Chicago.

Evans – the current world No.11 – has already beaten one player ranked above her to reach the quarter-finals, when she disposed of England’s Sarah Jane Perry in the previous round.

But Wales’ Commonwealth Games bronze medalist and Welsh Wizards star would eclipse any victory in her time on the professional squash circuit if she beats Egyptian El Sherbini, known as the Warrior Princess.

The pair have met twice before – in last year’s China Open and three years ago at the World Championships in round two – and on both occasions Evans has been unable to win a game.

But Evans is currently on a seven-match winning streak, having retained her British National Championship title earlier this month and says she has been inspired by the venue at the Great Hall in Chicago’s Union Station.

“It’s a pretty cool venue. I was really looking forward to playing here and I’m glad I get that opportunity again.”

Egyptian domination of both men’s and women’s squash is reflected in the fact that half of the quarter-finalists in both draws are from that country.

Not only do they have the top three ranked players in the world in the men’s game – and six of the top 10 – as well as the top two women, but Evans must take on a player in El Sherbini who became the youngest world champion ever at the age of 20 three years ago.

Evans, three years older at 26, says: “In Egypt, they not only have the best players in the world at the moment, but that success has also inspired a whole load of young players coming through underneath them.

“When you see the dedication of the young players there going through their drills and the way the top players in Egypt are held up as national heroes, you realise what squash means in that country.”

El Sherbini won the Tournament of Champions in January and reached the final of the US Open back in October where she lost to fellow Egyptian and current world No.1 Raneem El Welily.

But one positive omen for Evans as she looks to spring a shock result is that El Sherbini’s last defeat was to Perry at the Hong Kong Open in November, the Englishwomen beaten by Evans two days ago.