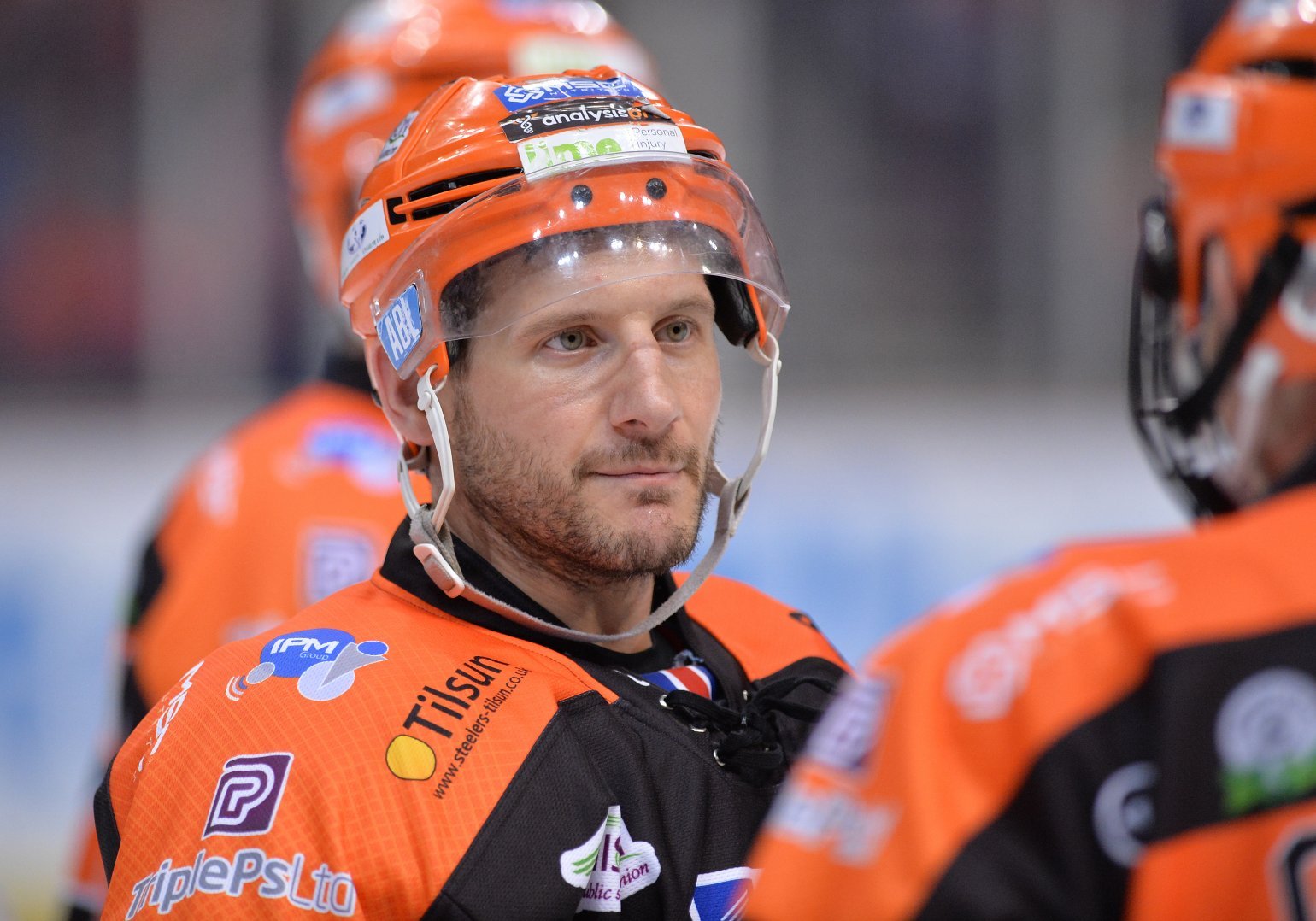 A Welshman lifted the Elite League Challenge Cup, but Cardiff Devils had to look on and watch Sheffield Steelers celebrate their triumph.

Cardiff-born Great Britain international Jonathan Phillips, who came out of the Devils youth development system, is Steelers’ captain and led the Yorkshire club to a 4-3 victory in the final.

The atmosphere at Cardiff Bay’s Viola Arena was remarkable with the 3,000-plus sell-out attendance split evenly between the orange of Steelers and the red of Devils.

Phillips was thrilled by Sheffield’s win, saying: “It was unbelievable.

“We were all disappointed on Friday with that game (7-3 League win for Devils v Steelers). We started well, but things went sour.

“Our focus was there from the last minute of that game. We weren’t coming away here without a win.

“We had 100 per cent buy-in from every single guy. We attacked as a five and, more importantly, defended as a five.

“Cardiff like to get in tight around the goalie and put him under a lot of pressure. We did an awful job Friday in dealing with that and knew we had to be good in that area and dominate the net front.

“This is an important achievement for Steelers. Foxy (coach Aaron Fox) came in and impressed with the signings he made. This has been a great time, a great season and it looks good for the future.”

Devils dominated the statistics, outshooting Sheffield 45-23 and they had four powerplays to Steelers’ one.

“This one stings, it sucks,” said Devils coach Andrew Lord. “You want to win everything, win every game you suit up for or coach.

“We went down a couple, but the guys gave it their all. The second period was fantastic, but we couldn’t find the way past their netminder (Tomas Duba).

“It’s a terrible feeling. Our start killed us. You can’t give a team like that two goals and then a third in the second. I loved our second period and it’s a shame we couldn’t find a goal near the end, or even two to take the lead.

“In the third we generated chances, but maybe we pushed a little too hard and a couple of turnovers allowed Sheffield to counter on us. That gave them momentum and, while their fourth was not a killer, that made it hard.

“Hats off to Sheffield. Guys stepped up and their goalie goalie (Duba) was unbelievable. I can’t remember seeing a netminder play like that in a final or one-off stood. He stood on his head.

“It’s a shame. There are such fine margins now. This is pretty much an NHL calibre hockey game. We played okay, but not how we played two nights before.

Steelers moved their feet, finished checks and had a lot of fightback from the other night.

Devils are top of Elite League with three games in hand on Steelers and and Lord said: “We are more than motivated for the league title, but this one stinks. There is no hiding that. It sucks.

“The guys gave it their all. Our second period was fantastic, but we could not find a way past their netminder.”

Czech goaltender Duba, a 38-year-old former Krefeld Penguins player in Germany, was magnificent, saving 43 of the shot directed at him.

Sheffield head coach Fox said: “It feels awesome. The boys pushed back hard and I’m really proud of them, really happy we were able to bring the cup home and hopefully we find more silverware down the road.”

Steelers celebrated first when John Armstrong moved the puck up the ice, shaking off attentions of two Devils defenceman before finding a wide-open Michael Davies, who made no mistake with his low shot, his 10th goal in the Challenge Cup.

Marc-Olivier Vallerand scored the second and Brendan Connolly created the chance, spinning before passing for it back for Vallerand, who had an easy tap in at the back post.

Connolly broke free in the third and was brought down, handing Steelers a penalty shot. He fired a wrist shot high into the net past goalie Ben Bowns.

At 3-0 down Devils were struggling, but they hit back with a vengeance and outshot Sheffield 24-7 in the middle period.

D-man Sam Jardine fired high into the net on 24-06 before Masi Marjamaki fired a second for Cardiff on 34-13.

At 3-2 Devils were back in the game, but Duba denied them time and again. He was fortunate at times and a couple of shots flew back of his face mask when he knew little about it.

Davies skated clear to make it 4-2 after 48-52, but Joey Haddad netted with one minute left to set up a grandstand finish.

Devils threw themselves at Steelers and both sets of fans were at their noisiest best during the final 60 seconds.

Steelers held on and their 1,500 travelling supporters stayed in the rink to celebrated, while many Devils fans headed for the main bar at Viola Arena.

Steelers fans were chanting and cheering as they walked through the bar to head home, while the Devils faithful replied with ‘We are number one, we are number one’.

After all, Cardiff are top of the league and have eight fixtures remaining in the regular season.