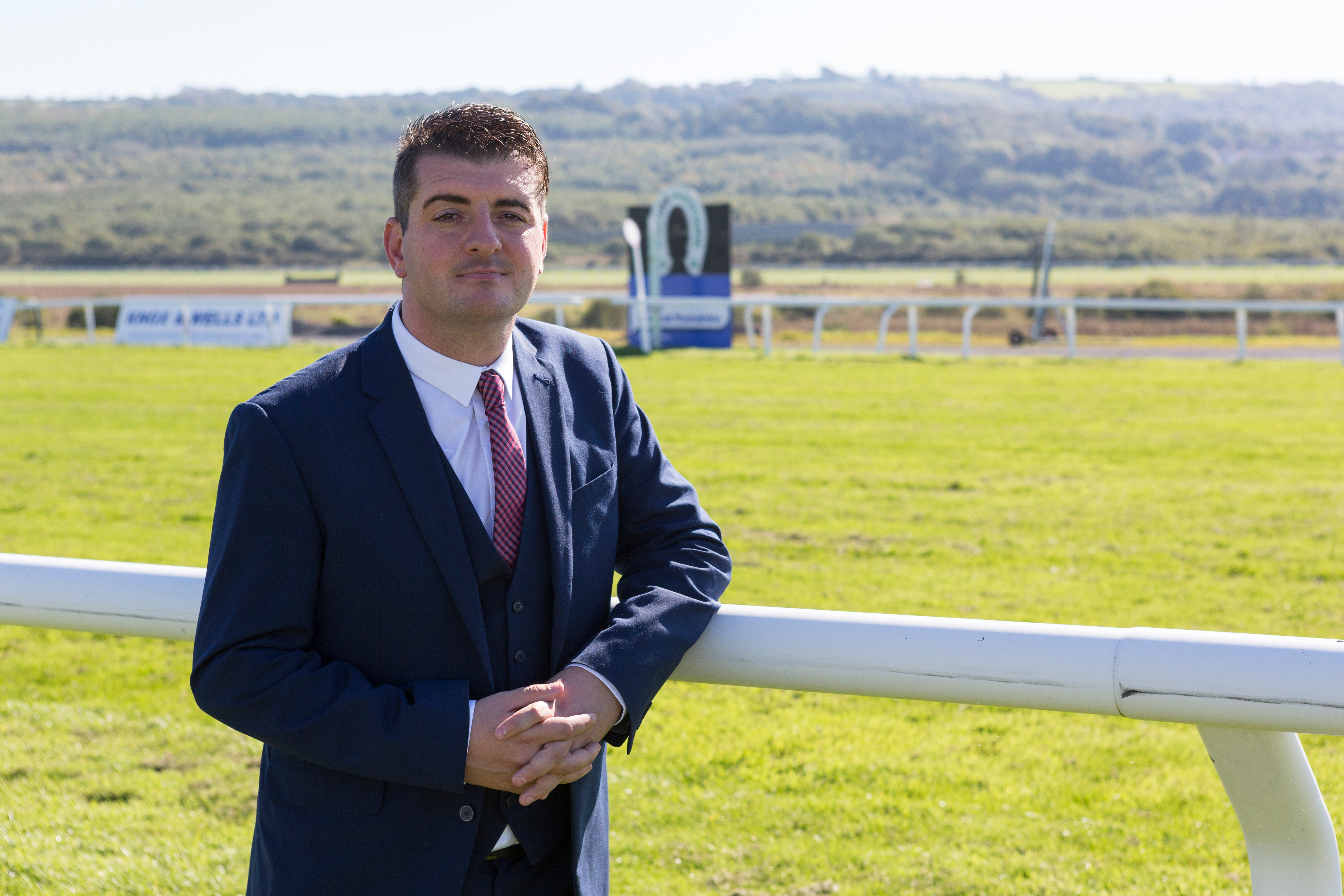 Welshman Simon Rowlands has been appointed general manager at the Ffos Las racecourse near Llanelli.

Rowlands, from Bargoed, moves from the Chepstow course to Ffos Las and will take up the reins for his new role in November.

Both Welsh courses are owned by the Arena Racing Company (ARC), operators of 16 horse racing venues in the UK plus hotels and greyhound tracks.

Rowlands, aged 36, will head up a management team focused on increasing attendances, hospitality, on-course branding and non-racing events such as concerts and conferences at the West Wales venue.

“I am delighted to be responsible for driving this exciting business forward,” he said. “There are 19 race meetings a year at Ffos Las plus plenty of opportunities for other events.

“I am looking forward to building business partnerships across the region and attracting more people to the venue. We will also be working closely with Chepstow to encourage more people in Wales to come horse racing.”

He is currently catering manager at Chepstow, the sister track to Ffos Las.

His previous roles have included various catering and hospitality managerial roles in the leisure and sports industry, including the BBC.

“He is just what we need at Ffos Las in terms of leading the management team and driving the business forward.”

Trainer @NigelTwistonDav says last year's Dunraven Group Welsh Champion Hurdle winner The New One is likely to be back to try and retain his crown in next Saturday's race (entries tomorrow) – book now – https://t.co/LqYgxsV0uz pic.twitter.com/LlqNo7xQla

The biggest race of the year – the Welsh Champion Hurdle – is held at the West Wales course this Saturday (October 20) when there more than £100,000 in prize money over the day.

Dunraven Group are new sponsors of the Welsh Champion Hurdle, held over two miles with £45,000 in prize money.

The Welsh Champion Hurdle, which moved from Chepstow to Ffos Las in 2011, attracts a highly quality field with previous winners including The New One, Oscar Whisky, Saphir Du Rheu and Garde Le Victoire.

“We have a record of supporting horse racing across Wales and are delighted to support the Champion Hurdle for the first time,” said Brace.

“It is a great race to be associated with and we look forward to seeing a quality field line up for the prize.”

There are seven races on the day starting from 2.10pm.

Pembrokeshire’s Peter Bowen and his son Sean had plenty to smile about at Newton Abbot.

Both horses are owned by his father.

Beggar’s Wishes, an 8-1 chance, finished one and a quarter lengths ahead of the Paul Nicholls trained Dolas and Rolling Maul, who was landing a three-timer, scored by three parts of a length from David Pipe’s TimeForBen, and was returned at odds of 5-1.

Flint’s four-year-old Love And Be Loved, with William Cox in the saddle, landed the Barry Gould Memorial Claiming Stakes at Windsor.

Love And Be Loved won by three-and -a-half lengths from Hawridge Glory and was returned at odds of 7-2 and Tight Call was a 9-2 chance.