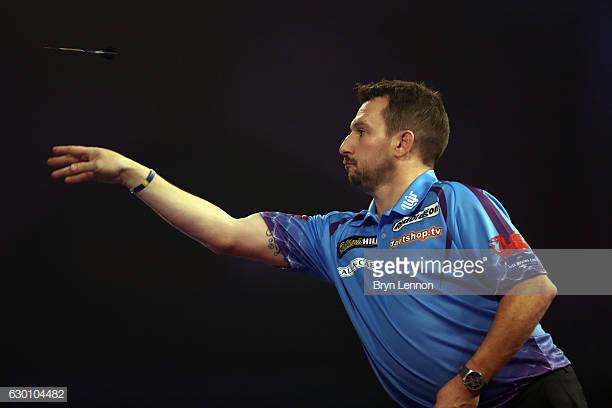 Both are among the biggest names in the star studded field and will be bidding to lift the Phil Taylor Trophy.

Price will start his quest on the opening night Liverpudlian Stephen Bunting.

‘The Iceman’ from Markham leads their head-to-head 3-2, having come out on top in their last three meetings. The most recent battle between the pair came in the Danish Darts Open in June where Price was victorious 6-2.

Both players have had a rough time at the World Matchplay recently with two consecutive first round exits for Price, four for Bunting and something has to give in this encounter.

Price crashed out of the 2018 competition with a crushing 10-3 loss against Joe Cullen, while Bunting lost to the eventual Champion Gary Anderson 10-7.

We’ve seen the level of Gerwyn’s game progress considerably over the last year and he looks at home on the big stage.

His opponent, nicknamed ‘The Bullet’, is more than capable of producing bursts of brilliance as he showed with runs to the finals of the Czech Darts Open and a Players Championship event in May.

On balance, Price’s edge in both confidence and consistency should see him overcome Bunting in what will be a competitive first round meeting.

Jonny Clayton will enter the fray on Monday (July 22) when he will clash with World number 30 Keegan Brown. ‘The Ferret’ and ‘The Needle’ face each other for the first time.

This will be Clayton’s second crack at the Matchplay crown, having lost in the last 32 to Michael Smith 10-6 a year ago, while Isle of Wight-born Brown was convincingly beaten 10-4 by Dave Chisnall at the same stage.

Clayton has gradually moved up the rankings into the world’s top 16 over the past 12 months and continued his trend of a title every calendar year since the start of 2017, capturing the 10th instalment of the Players Championship series in April.

Having said that, given Jonny’s inconsistent form throughout the season and Brown’s impressive showings on the European Tour, this first round tie is a potential banana skin for the plasterer from Pontyberem.

Gary Anderson will be bidding to defend the title he so memorably won 12 months ago, but Michael van Gerwen starts favourite to emerge triumphant in Blackpool.