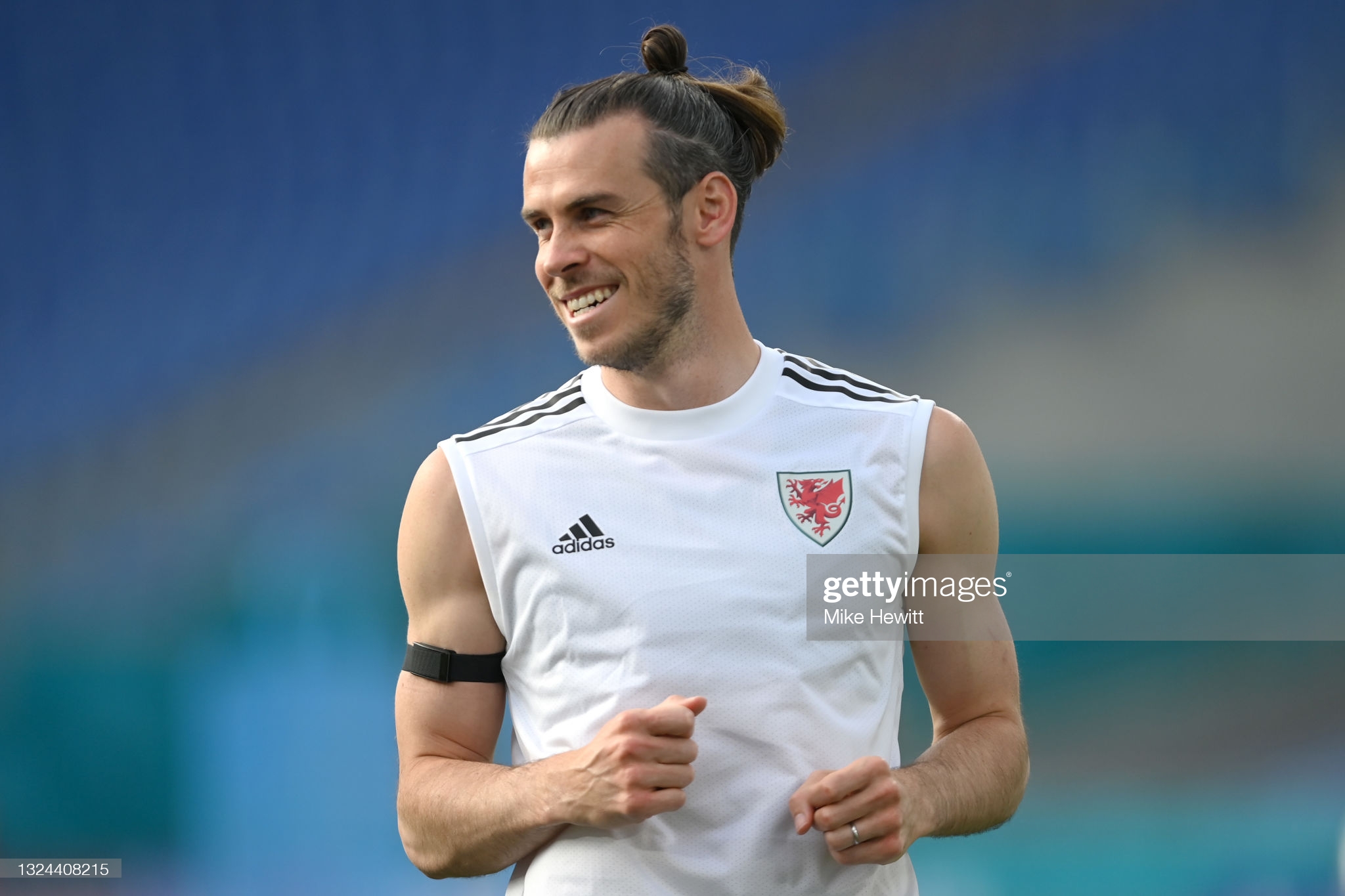 Gareth Bale believes Wales could benefit from a knockout Euro 2020 game at Wembley.

Wales have not yet qualified for the round of 16, but they play Italy in Rome on Sunday knowing victory would see them top Group A and set up a Wembley date against probably either Austria or Ukraine.

Italy will take that Wembley spot by avoiding defeat to Wales who, if they finish second in the group, will head to Amsterdam and meet the runners-up of Group B – most likely Denmark, Finland, or Russia.

“It would be a fantastic result for us if we were to beat Italy,” said Wales captain Bale.

“Obviously we’d win the group and I guess have a slightly easier game going into the next round.

“For the Welsh fans to come and watch us is something we’d love to do. The aim for us is to win the group and then that game would be at Wembley, which would be great for Wales fans.

“They are a very well-equipped all-rounded team, but it doesn’t mean they don’t have weaknesses. We’ve worked on things and we definitely think there are areas we can exploit.”

Italy’s former Manchester City boss Roberto Mancini compared Wales to Stoke at his pre-match press conference by saying “they were a very tough nut to crack”.

Told about Mancini’s comment, Bale quipped: “I never knew Stoke were that good!

“Winning always breeds confidence, that winning mentality. The win (against Turkey) gives us more confidence going into this game.”

Bale missed from the penalty spot in Wednesday’s 2-0 victory over Turkey in Baku, sending his kick high over the crossbar.

But the Real Madrid forward insisted he is happy to stay on spot-kick duty, saying: “I’m happy to take penalties.

“I’m sure it’s a decision the manager has to make. If I’m asked to step up again, I have no problem taking another penalty.”

THAT ASSIST FROM GARETH BALE 😍

Interim manager Robert Page, who revealed the prize of a Wembley visit would form part of his pre-match team talk, is set to make changes after naming the same starting line-ups against Switzerland and Turkey.

Chris Mepham, Ben Davies and Kieffer Moore are carrying yellow cards and would miss out on the round of 16 by being booked again at the Stadio Olimpico.

Davies and Aaron Ramsey both missed Wales’ Euro 2016 semi-final defeat to Portugal after receiving two yellow cards in the competition.

Page said: “That’s the difficulty. We’ve been here before in 2016 with the semi-final and missed influential players.

“It’s affected them to today, so that’s going to be in the thought process. But there will be a team selected that we believe can win the game.”

Juventus midfielder Ramsey returns to Italy after pre-tournament concerns over his form and fitness.

Ramsey capped an outstanding performance against Turkey with his 17th international goal, elevating him to seventh place outright on Wales’ all-time scoring list.

“Aaron’s got nothing to prove (going back to Italy),” Page said. “But he’s really looking forward to the game.

“He’s not played for Juventus as much as he would have liked, but he’s gone to another level for me with his performances for us.”

While other favourites for the tournament have faltered in the past few days, with France being held by Hungary on Saturday and England drawing 0-0 with Scotland on Friday, Italy have not put a foot wrong so far.

Two 3-0 victories from two group games so far means Italy have won 10 matches in a row, all without conceding, and they are one match away from equalling their longest-ever unbeaten run – 30 matches – set between 1935 and 1939.

One point will be enough to secure top spot in Group A, but Mancini is not getting carried away.

“France, Spain, Germany and Portugal are used to winning, they are full of extraordinary players,” he said. “France remain the favourite despite the draw with Hungary.

“Then there will also be Belgium. In my opinion, nothing changes (on various potential winners).”

With progression to the last 16 already secured, Mancini said he would rotate some players on Sunday. Marco Verratti, who has not yet featured in the tournament due to a knee injury, is in line for some game time in the Stadio Olimpico.

“Tomorrow night will be our third game and we would have rotated regardless, even if this was a must-win fixture,” he said. “A third game in the space of 10 days with 30-degree heat, you need fresh legs out there.

“Marco needs to play. Until today, after so many days of training, he is fine.”