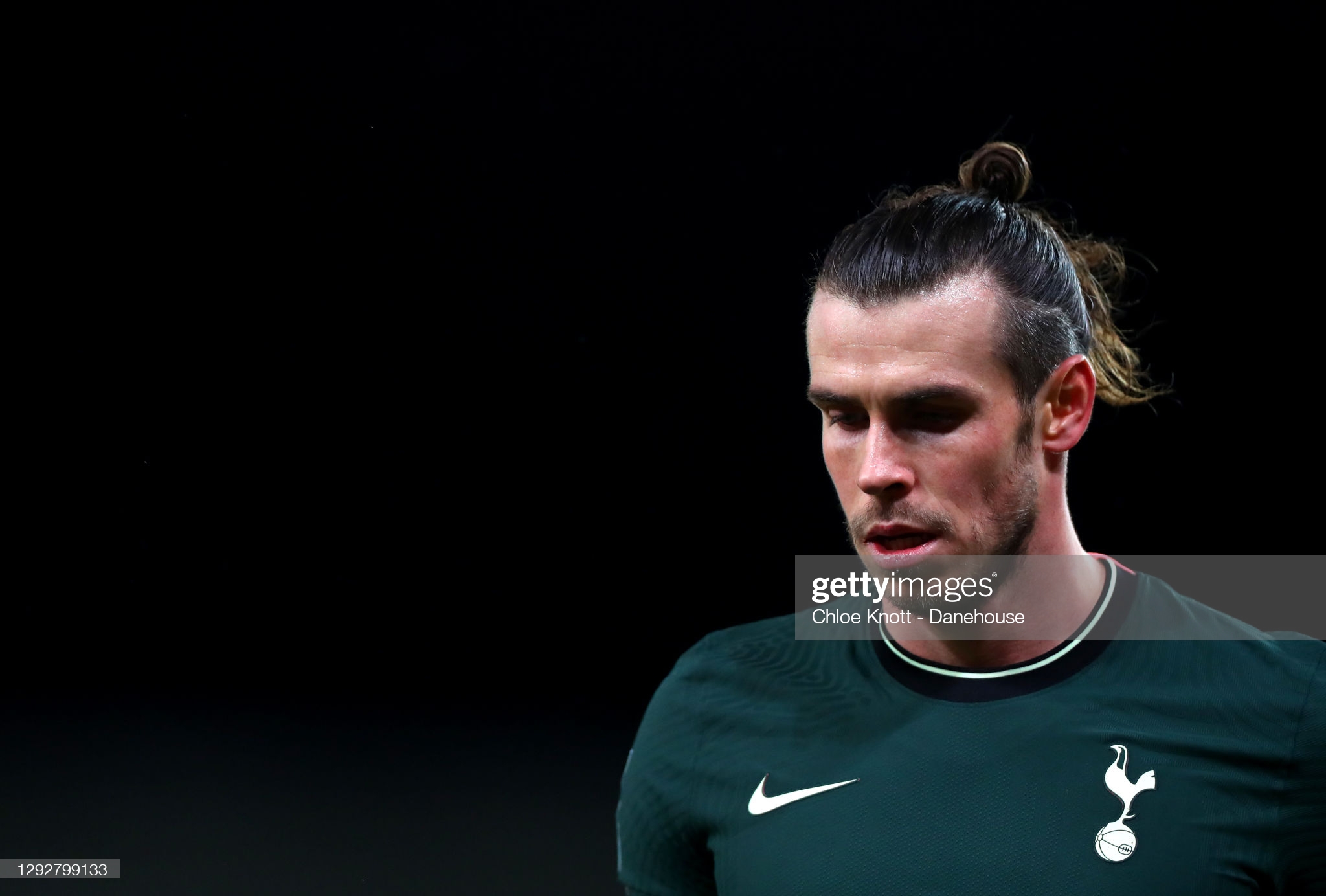 The delayed European Championship finals start in 141 days and in 142 Wales play Switzerland. Not long, then, for Gareth Bale to get into some kind of form at Tottenham. Except, argues Fraser Watson, maybe it’s not long enough. Maybe, the whole nation needs to be realistic about the likely impact of the frustrated captain.

It was the morning after the night before, and Gareth Bale was getting positive headlines.

The minnows of Marine had succumbed to the might of Spurs – despite the inevitable lopsided scoreline being somewhat tempered by a resilient second-half display from the Northern Premier League side.

There had been no spectators, sure, but there had been enough in the form of garden-bound onlookers, virtual tickets, and household names to satisfy the romantics, to keep the doused flames that represent the ever fading ‘magic of the FA Cup’ flickering until round four at least.

Prominent in the heartening side stories doing the rounds on social media was Bale.

BBC cameras had caught him laughing and brandishing an imaginary yellow card to Dele Alli for diving, he’d shared a joke with Marine full-back James Joyce during the second half, and he’d also responded on Twitter to a supporter who’d marvelled at the surrealist concept of watching the Welsh forward play from his bedroom window.

Few lines, however, were reserved for his on-field contribution, which ultimately amounted to little during a 26-minute cameo that only began with the score at 5-0, and the tie essentially already done.

There is context – this brief appearance represented a return from his latest niggling injury – but the occasion served as a metaphor for a damming reality, and one that has plagued Bale’s stature ever since Zinedine Zidane returned to Real Madrid in March 2019.

His return to North London last September was met with the kind of hazy, nostalgia-fuelled euphoria that club football fans love to blindly indulge in.

Think Keegan back to Newcastle, Shevchenko back to Milan, Rooney back to Everton, Torres back to Atletico.

Forget the underlying factors. Forget that time’s moved on. Forget that form and physical capability has dipped. Just roll out the clips from that night in the San Siro and convince yourself a messiah has returned.

For Welsh fans, too, this was seemingly salvation for their talisman. An end to the prison sentence in Madrid. An end to being subjected to Zidane’s spiteful vendetta.

An end to being under-appreciated after helping accumulate four Champions League titles.

Game time and goals, and perhaps some golf, were sure to follow. Prospects for the re-arranged Euro 2020 were suddenly looking rosier.

But for neutrals and realists, the move at least represented a temporary pause to an 18-month saga which had entertained in flashes, but become nauseous over time.

While ODDSbible and the likes lapped up the Wales-Golf-Madrid mantra, the practice swings during training, the disinterest during Madrid’s title celebrations – others despaired and considered a rather fundamental question.

What was it, exactly, that this supremely gifted footballer wanted?

The answer at last, seemed to be to let his feet, and no longer his agent Jonathan Barnett, do the talking.

Immediate impact was an unrealistic demand. Bale arrived in London with a knee injury for starters, and just 20 appearances in all competitions throughout Madrid’s previous season rendered him unarguably short of match practice.

But the optimism amongst Welsh fans was apparent. Back up to speed by Christmas, fighting fit and ready to fire come the Euro’s.

Turkey, Switzerland, and Italy, would need to batten down the hatches.

And yet, the script hasn’t materialised. In fact, it’s barely delved past the opening scene.

Just 12 appearances for Spurs in four months, and considered by Jose Mourinho inferior to the likes of Lucas Moura, Carlos Vinicius and Steven Bergwijn in attack.

Whether you attribute it to the knocks, a lack of impact, or Mourinho’s stubborn refusal to release the handbreak with his attacking options, it culminates with concern that at 31, Bale’s career highlight reel may already be complete.

His commitment to his country has never wavered, of course. And nor will it anytime soon.

Irrespective of form, Bale’s aura within his homeland is such that the mere sight of his name in the starting XI, or the image of him donning a red shirt, brings positivity and hope.

Like with Christiano Ronaldo in Portugal, or with Lionel Messi in Argentina, he’s a leader with or without the armband.

His simple presence in the squad brings comfort. On the contrary, his absence triggers trepidation.

And yet, as his thus far unsuccessful loan spell at Tottenham ambles on, it is impossible to shake the notion that Bale’s star is fading.

It doesn’t tarnish his list of honours, his Euro 2016 exploits, his Welsh goalscoring record or that overhead kick in Kiev, but it does prompt justifiable inquisition.

Because come June, Wales need him hitting headlines not for comical gestures, or goodwill tweets, or mimicked golf swings, but for on-field performance at what may yet be his final chance at a major international tournament.

Hazy memories won’t set it up for him. Remaining fit, playing regularly, and increasing his impact at Tottenham will.

The name Gareth Bale continues to captivate. Soon, Gareth Bale the player must do so again, too.