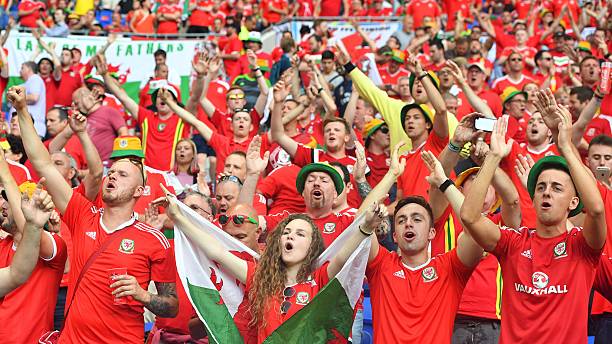 Five years on from France 2016, a year later than anticipated, the Euros are back. And so are Wales. It starts on Saturday for Gareth Bale and his team when they face Switzerland in Baku. Only the advanced guard of the Red Wall army will be there and Fraser Watson says they deserve our thanks and unstinting admiration.

A second major international tournament inside five years – albeit via an expanded qualification format where it’s essentially easier to make it than not – and anticipation and excitement should be at fervour pitch.

Thousands in red, descending on Baku, Rome, and beyond to recreate the noise and colour that helped carry Chris Coleman’s side on that surreal semi-final run in France in 2016, right?

The shady clouds of the Ryan Giggs saga briefly cast away as those back home pile into pubs and fan zones to back Robert Page and his boys, surely?

And the genuine hope that a youthful side packed with pace can progress from a complex group and do subsequent damage in the knockout stages, perhaps?

Yes, it’s here. But we have acknowledge that abnormality reigns. And of the three idealist notions above, it’s perhaps only the latter one that brims with reality.

UEFA’S belligerence in pressing ahead with its multiple host city plan for the tournament has added ambiguity to what was an already an ambiguous-ridden concept.

Travel restrictions, limited attendances, and the prospect of lateral flow tests defining spectacles have all culminated – however hard we try – with a Euros that very few of us can wholeheartedly embrace.

And yet, depending on which varying figure you believe, anything from 500 to 2000 Welsh fans will be in Azerbaijan for the games with Switzerland and Turkey.

Call it brave in light of the ever fluctuating governance to going abroad, call it foolhardy when you recall the country was subjected to missile attacks from Armenia in late 2020, but you can also call it loyal.

In fact, there is something peculiarly admirable about a band of Welsh football zealots defying multiple obstacles (and costs) to be foot soldiers at a notoriously unglamorous venue, and represent the remainder of us confined to watching at home.

Want to measure the depth of that commitment? Baku is 3,000 miles away. The nearest city of any size to the south is Tehran. To the east, it’s Ashgabat in Turkmeniistan.

This is the Euros, but it’s Europe’s borderlands with Asia and it’s hard enough to get there at the best of times.

Bit of watching for those self isolating.
Y Wal Goch/The Red Wall:
‘Wales in the Movies was in Bordeaux to meet the amazing Welsh fans as we celebrated our first summer tournament game in 58 years’https://t.co/dSnTemlEJU

In a global pandemic, when there are few flights, when the UK government is advising against travel, when insurance cover is void and you risk paying your own bills for any unforeseen mishaps, then it’s heroism draped in a dragon flag.

Should Wales progress to further destinations after their current one and then Rome in Italy, expect considerably more bank accounts to be emptied, too.

Indeed, the smatterings of red providing atmosphere at tournament games will if nothing else, stir players as well as those watching from afar.

Football’s first steps towards bidding farewell to soulless, empty stadium plagued occasions, has come just in time for a nation that arguably benefitted from vocal backing more than any other five years ago in France.

And here belies an irony. To repeat the final four position of last time around would be considered seismic, and yet, Page arguably goes in with a squad that boasts more depth and quality than Coleman had at his disposal.

Fitness concerns to key men like Aaron Ramsey and Joe Allen linger in the background, but a line-up which may yet confine the likes of Connor Roberts, David Brooks, Harry Wilson, and Kieffer Moore to being substitutes is one that justifies genuine expectations.

It’s the partial presence of the odd brick from the Red Wall that the manager will now hope can add an extra dimension.

We’re about to find out.

Red Wall Fan Culture – Wales vs Croatia. Having a photographer accreditation & a ticket in the canton end does help get a variety of images on and off the pitch. Here’s a couple of the best from last night.
.
.#welsh #walesfootball #welshfans #welshfootball #celebrations pic.twitter.com/jttNTF1gSS

The strangest of build-ups will now subside for the most complex of tournaments.

It’s one which won’t get the sold out venues, seas of colour, and influx of fans from around the continent it merits.

Even the adopted Welsh anthem of ‘don’t take me home’, one which reverberated from Bordeaux to Lyon via Lens, Toulouse, Paris, and Lille, may seem a little contradictory this time around.

And yet, irrespective of drawbacks, the past year has taught us that football is a sport with an ability to captivate regardless of circumstances.

Come 2pm on Saturday, Welsh fans will feel butterflies – whether within the Baku Olympic Stadium or 3,000 miles away back home.

Should Wales progress past the group stage then the outpouring of goodwill, emotion, and excitement will follow suit. Any manner of agonising exit possibilities will cut deep.

And maybe therein lies the beauty of the game.

Even when everything has changed, some things never change.

Don’t take me home. Even when I’m already there.