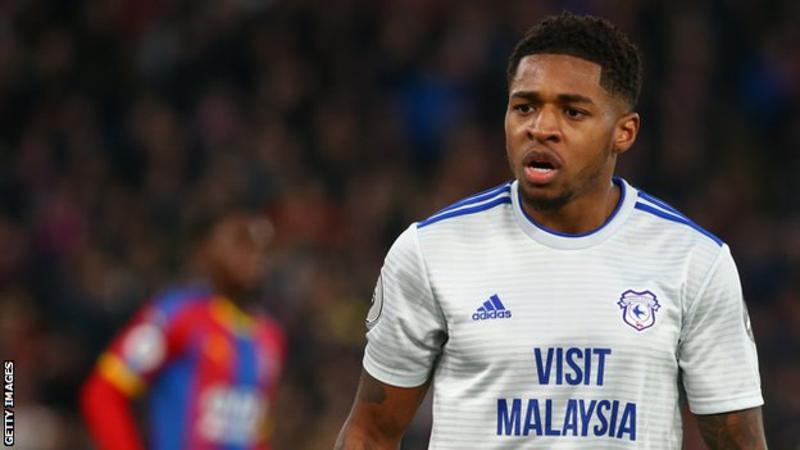 Kadeem Harris could hold the key to Cardiff City hopes when they play Sheffield Wednesday in South Wales this evening.

Pace-ace Harris is a massive attacking threat when he has the ball at his feet, while manager Neil Warnock will surely aim to expose his defensive frailty.

The former judo black belt from Westminster in London has been in good form for Wednesday, scoring two goals and adding three assists in 11 Championship appearances.

But those question marks over ‘Kads’ when the opposition have possession remain and Bluebirds manager Warnock will urge City’s wide men to get at the 26-year-old.

Harris has a decent pedigree, having helped Brentford earn automatic promotion to the Championship in 2013-14 and he made 13 Premier League appearances for Cardiff last season, including matches at Liverpool and Spurs plus Manchester United at home.

Warnock admires the attacking exploits of Harris and says: “He’s given Wednesday directness, pace and power.

“He has every attribute. I can’t praise him highly enough.

“We had a chat last year, around Christmas time, and he trained like a Trojan. We have been blessed with good wide players and he just couldn’t get a long run.”

City will surely instruct Nathaniel Mendez-Laing, Junior Hoilett and/or Josh Murphy to keep Harris on the back foot and under pressure, Denying him the chance to run at Bluebirds’ players.

It was Ipswich Town manager Paul Lambert, then in charge at Wycombe Wanderers, who first spotted the sizzling speed Harris can generate after popping along to watch a Sunday league fixture.

“I started playing for fun since I could walk and then competitively from the age of 12,” said Harris. “I was scouted by Charlton Athletic at 13, but wasn’t signed, and then Wycombe when I was 14.”

He made his debut for Wanderers at 16 years, 201 days old, and that made him the club’s youngest ever player at the time, and he made 26 appearances before joining Cardiff.

Harris’ career has taken him Wycombe to Sheffield, taking in South Wales, Barnsley and Brentford along the way, and he has made 142 first team appearances over the last decade.

Cardiff go into the SkyBet Championship clash with Sheffield Wednesday, which is being broadcast live on Sky television, with an unbeaten home record – four wins and a draw – and Warnock is demanding defensive stability from his team.

Captain Sean Morrison and the back five must tighten up and the manager was furious at the way the defence allowed Championship leaders West Brom to plunder a 4-2 win at the Hawthorns just before the international break.

Their clash with The Owls, who have former Swansea City boss Garry Monk in charge, will be the first of three matches in nine days.

Warnock describes it as ‘the toughest week of the season’.

City head to Millwall on Tuesday night and then to Swansea for the first Welsh derby in six years a week Sunday.

“We gave away a Sunday League goal at West Brom and we have to stop doing things like that,” admitted Warnock.

“I was quite confident we were going to go in at half-time 1-0 down, but then we gave away an amateur goal. That put us on the back foot and we’ve been our own worst enemy.

“This is the toughest week we will have all season and I’ll have to look at using my whole squad across the three games.

“The next five games before the next international break are all difficult, but I think we can get a lot better. I’m reasonably happy with how we are going and I think we’ll be much better after the first 18/19 matches.

“It is a much harder start to the season for us with the ways the games have fallen and as long as we can cut out the some silly defensive errors we will be okay.”

Midfield ace Joe Ralls is ready to return to action after a groin injury, inspirational centre back Sol Bamba is back in full training ahead of schedule after recovering from summer surgery and last season’s first choice goalkeeper Neil Etheridge had a much needed game for the Philippines in their goalless draw against China during the week.

Current number one Alex Smithies has, though, been in outstanding form and was man of the match at West From. He is likely to start against Wednesday.

Warnock held back training on Thursday to allow Etheridge and Canadian wing Junior Hoilett to make it back from international duty and both could get a shot at Wednesday as Cardiff look to extend their unbeaten run at home.

“I usually just work on one game at a time but this is a big week and I think we will have to use the squad over the three games,” said Warnock.

“You take them one at a time but you have to say that with all the travelling involved, going up to London on Tuesday, it’s probably the toughest week we’ll have this season.

“Millwall away is never easy and then likewise a local derby next weekend. They are three interesting games and you have to come up with answers.”

The Bluebirds follow their fixtures against Wednesday, Millwall away and Swansea away with back-to-back home games against Birmingham City (Saturday, November 2) and Bristol City (Sunday, November 10) before another international break.

Warnock was a boyhood Sheffield United fan, but says: “It’s always nice for me to play against Wednesday because I have so many friends who are Wednesdayites – my sister is one.

“It’s that type of game where you are brought up on it.

“I have always got on well with Garry (Monk) from our first battles – I have always kept in touch with him. It’s a good club for him. They are a decent team and they have a good start.”