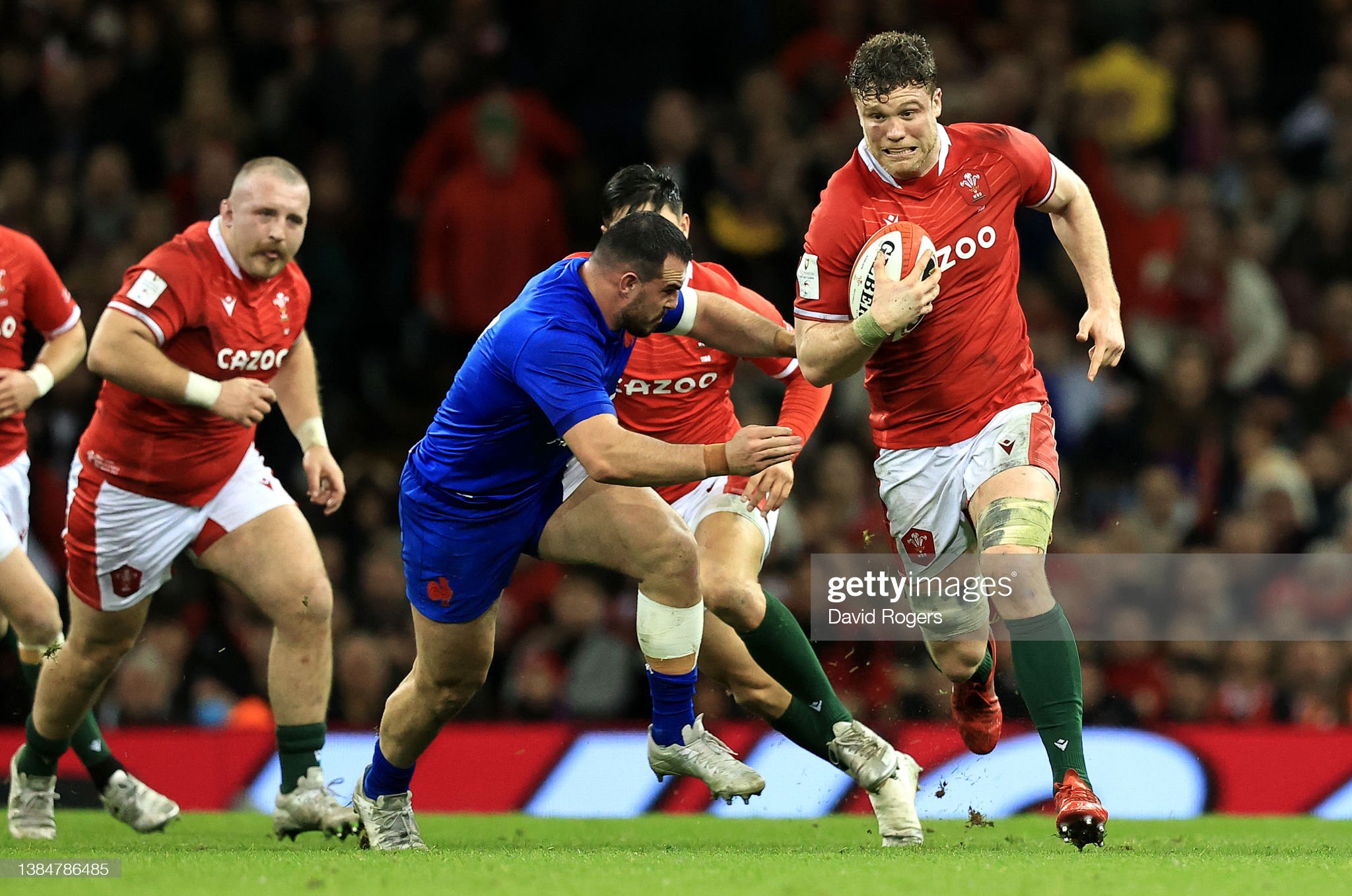 Will Rowlands has been immense this season for Wales and the Dragons. Pic: Getty Images.

Will Rowlands has been awarded Wales Player of the year by the Welsh Rugby Writers Association, following what has been a tremendous season from the Dragons second row.

The 18-times capped Dragons lock was a consistent performer in Wales’ boiler house during the 2022 Six Nations and despite the absence of stalwart Alun Wyn Jones impressed immensely.

After making the move from Wasps to the Dragons Rowlands last summer Rowlands was arguably Wales’ stand-out performer during this years Six Nations, leading in turnovers as well as making the second most carries and tackles.

I was delighted to present Will Rowlands with the Wales Player of the Year award on behalf of the Welsh Rugby Writers Association. It was great to see how chuffed he was to follow in the footsteps of some true legends of the Welsh game. pic.twitter.com/2QhoNY7Hlt

Reacting to receiving his award, the 30-year-old said: “It’s very special. I am really honoured. I have snuck in there among some people of much greater pedigree than myself. I am really touched. It’s great to make a little bit of history for myself. Playing for Wales means the world to me. After some good performances over the last year, this really puts the icing on the cake. It’s awesome.”

He continued: “From a personal point of view, it’s been my most satisfying season of rugby, definitely so with Wales. The personal highlight for me was definitely the Scotland game at home in the Six Nations. It was the first match I had started at the Principality Stadium in the Championship. It was an important win for us and the atmosphere was incredible.”

Born in Hammersmith, Rowlands qualifies for Wales through his father Jeremy, from Pontllanfraith, and was first drafted into the squad by Wayne Pivac ahead of the 2020 Six Nations.

“It seems like a very long two years with a lot going on. It’s been a rollercoaster ride. It’s been amazing, with some highs and lows for sure, but I guess that’s professional rugby,” he said.

Absolutely chuffed for Will Rowlands after being named Wales player of the year by the Welsh Rugby Writers Association. Probably one of the first names on the team sheet when it comes to selection now, such an important player, a shining light during a very dark Six Nations.

“I have always wanted to find a ceiling for myself and I always felt there was more to come. I was enjoying playing rugby for Wasps without playing international stuff. When I got the foot in there, I felt ‘I belong at this level’.

“It obviously takes a bit of time to work your way into the team and start playing how I want to be playing. That’s why this year I’ve felt satisfied because I feel like I’m an important part of the team now. I feel like I’ve played much more how I’m capable of.

“I still think like I can improve. I’m very hungry to do that, but I’m feeling this is where I want to be. I was probably a bit of a late developer. I feel I’ve kept kicking on year after year and long may that continue.”

On the move to the Dragons, he said: “I always said I wanted to come and play regional rugby, not only because of the 60-cap rule but also to put myself in a better position to play for Wales and play as well as I can. Hopefully that was borne out this season a bit. Being here was definitely helpful for my performances and I am glad I made that choice in my career.”

Promising to see pics of Josh Adams involved in some pretty hefty-looking contact drills in Wales camp ahead of the SA tour after his knee injury.

Will Rowlands also involved in some capacity. Seems there are no real injury worries within the camp at the moment. https://t.co/tvF8uHOGe8

Next up for Rowlands is Wales’ summer tour of South Africa.

“We’ve got three tough games coming up. That will be a good testing ground for us, trying and do something no Welsh team has done before, which is win a Test match out there.

“We’ve got three chances and who knows, why not try and win the series? We were competitive against them in the autumn. With South Africa, you know what’s coming and they are amazing at it. But I am relishing the challenge that’s going to come and I think why not? We are pretty excited. I don’t think we’ve got anything to lose.

“The season was slightly clouded by it being a bit up and down in terms of results. Hopefully it will be a much more successful next 12 months for the national side as we build towards the World Cup. It’s a very exciting time ahead.”

Further awards will be presented this week at a special event to mark the 50th anniversary of the Welsh Rugby Writers Association.