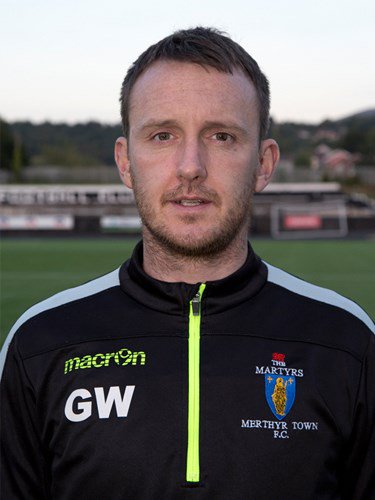 Gavin Williams had just taken decision to step down as manager to resume playing.

Manager Gavin Williams is working with one of the lowest player budgets in the Betvictor Southern Premier League and he has a lot of work ahead to rebuild his squad.

He has started that process by signing 22-year-old Welsh goalkeeper Kelland Absalom.

Jones, aged 23, made 72 appearances for the football club since joining from Nuneaton Borough in 2018.

“I’m obviously gutted to lose a player of his quality,” said Manager Williams. “However, I wish him well in his new venture.”

The former Ysgol Dyffryn Aman, Ammanford pupil played junior football for Pontardawe Town before signing schoolboy forms for Swansea at the age of 10.

Merthyr were 13th in the Southern Premier table when the season was called off after they had played 31 fixtures.
Truro City were top at that stage, while Walton Casuals, Beaconsfield Town and Dorchester Town were in the relegation positions.