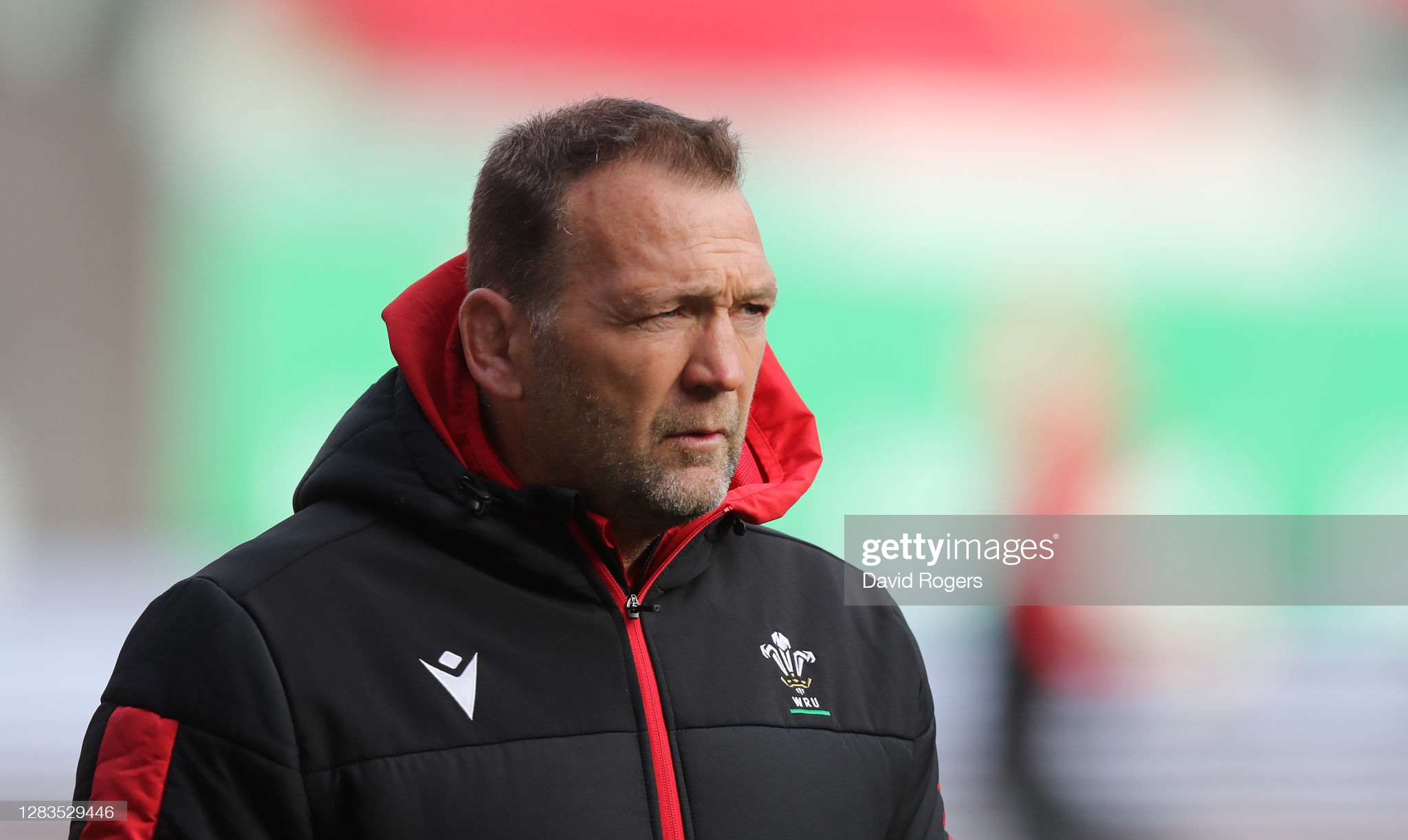 Jonathan Humphreys has reminded Wales that a “world class” England team will be coming to Cardiff on Saturday – despite their recent problems.

The Wales forwards coach is aware of the quality that will be in the opposition ranks and has stressed his own team will need to be at their very best if they are to claim an unexpected Triple Crown.

England are one from two so far in the Six Nations after a shock home defeat to Scotland in the opening round and a comfortable but still scratchy win over winless Italy the following week.

Eddie Jones’ side have been well under par so far, but now, Humphreys believes that a completely different England could turn up to the Principality Stadium.

“They’re a world class team. We saw couple of months ago they were winning the Six Nations and the Autumn (Nations) Cup,” said Humphreys.

After close wins over Ireland and Scotland, Wales are unbeaten and sit second in the table with France being the team at the top spot.

Humphreys, who represented Wales 35 times, knows Wales have to take it up another level to cope with the Red Rose.

“We’re happy where we are. In terms of the Scotland game, we got some good change from our drives, but we expect England to be very tough in that area,” the 51-year-old said.

“The way they defend drives – they swim around the outside and they’ve got a lot of people trying to get through the middle of your drive very early.

“We understand that if we’re going to be keeping a consistency of what we did against Scotland, we’ve got to be a lot better this week. That’s what we’re working on.

“The collisions in these games are huge and they determine the outcome. For us, we understand the power that they have in those ball carriers and we understand what we need to do if we’re going to have a chance of winning this game.”

Going into the match, Wales now have several players available in the backs that weren’t for the match in Murrayfield.

Jonathan Davies, George North, Johnny Williams, and Hallam Amos are all fit, with Leigh Halfpenny also expected to be ready.

This is something that is very pleasing for Humphreys.

“Selection meetings have taken a lot longer than they were, say, a couple of months ago. There are some really difficult discussions going on about combinations, and for us that’s very positive.”

After a neck injury, Josh Navidi is another who looks like he might make an appearance on Saturday.

“Player welfare is the first thing – it’s huge for us. If Josh is available to play and he’s given the all-clear then he’s a massive player for us.

“He’s a huge figure for us in winning those collisions. There’s a lot of competition in the back row.

“Aaron (Wainwright), James Botham – they both played really well last week. We’ve got to take everything into account. If Josh is fit and clear to play, then he certainly becomes a big figure for us.”

Wales’ first two matches saw both their opponents go down to 14 men – the culprits being Peter O’Mahony of Ireland and then Scotland’s Zander Fagerson.

“We’ve had that talk at the start of the tournament. We were aware that any contact with the head – you’re running a high risk of red cards.

“We work very hard on that in training to make sure technically we can be as good as we can be.

“The referees were looking at it. They wanted to clamp down on it, especially with everything that goes with concussion. We were aware of that straight from the off.

“It doesn’t really surprise me that we’re having that. We’ve just got to make sure that we’re not on the receiving end of that.

“That’s a huge focus for us. It comes with tackle technique, clearing out, making sure that we’re there before the opposition. All this sort of stuff limits the risk of getting red cards.”

Wales announce their side for Saturday’s clash with England this Thursday.