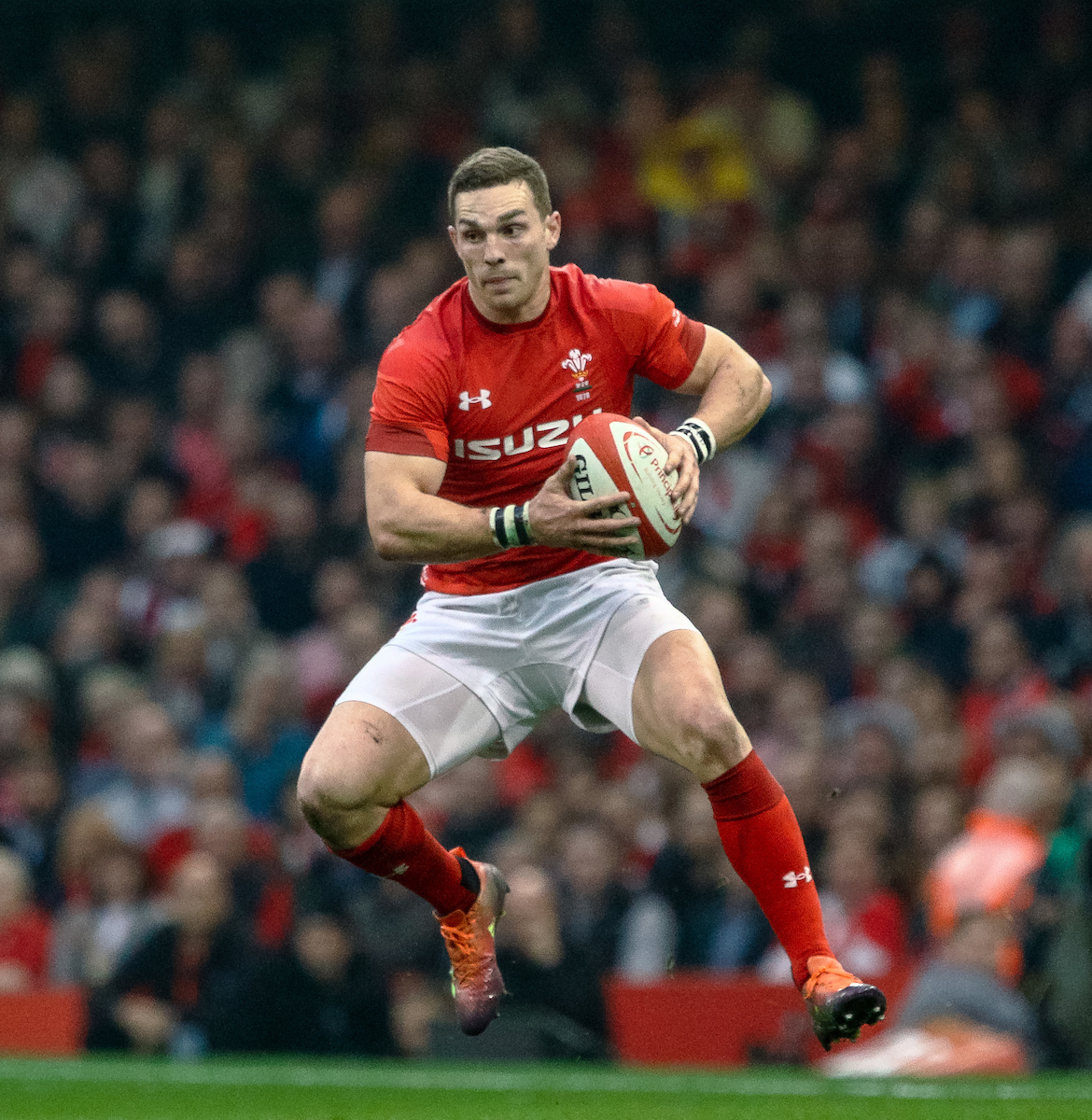 George North has ruled the roost as a Wales wing for a decade. But the fact that his place is now under severe threat suggests to Peter Jackson that an era could be coming to a close.

The question, unthinkable for so many years, has been left hanging over the Six Nations since Storm Ciara blew herself out: Is George North still worth his place?

Even his smartest advocate would have been hard pushed to avoid a negative response based on his contribution in Dublin or, to be more pointed out, lack of it.

If he survives the inquest and carries on regardless against France in Cardiff on Saturday, it will be on reputation, not current form.

It may also be because concern over the fitness of Josh Adams and Liam Williams has reduced the alternatives and narrowed the choice.

Williams, whose ability to shred defences from anywhere makes him a perfect fit for Wayne Pivac’s attacking strategy, can hardly expect to start given that he has not played for more than three months.

Adams is expected to resume in which event he starts on one wing, leaving a straight choice between North and Johnny McNicholl on the other.

Ever since he made the grandest of entries as a teenager 10 years ago, North ruled the roost in a way which made his selection a formality, until some months ago.

Three factors have conspired to change the picture: the advent of Adams as a wing of true Test class, McNicholl’s qualification after three bountiful seasons with the Scarlets and North’s struggle to rediscover his old self on a consistent basis.

The Dublin defeat exposed his shortcomings, starting with Jacob Stockdale beating him on the outside and finishing with a dropped pass which gave Ireland the platform for their bonus-point try, scored by his opposite number, Andrew Conway.

Here’s what happened the last five times the sides met in the #SixNations pic.twitter.com/HH3SSF6VuW

In the years since announcing himself with two tries against the Springboks, North has never been dropped. He stands 13th on the all-time try chart with 42 from 96 Tests, more than any other contemporary player.

Whatever the facts may suggest to the contrary, nobody is ever too good to be dropped.  The best selectors are those whose instinct tells them to make a decision on a big player before that decision becomes obvious to the common herd.

What to do with North is an early test of Pivac’s ability in that respect, one he will make as much through observation on the training ground as on what went wrong in Dublin. If he keeps the faith and North turns up trumps, the whole of Wales will rejoice but if not, then it could be too late for another Six Nations title.

Other choices will have a bearing on that: Dillon Lewis or Leon Brown at tighthead, Owen Watkin or Nick Tompkins at outside centre and who backs Jarrod Evans up should Dan Biggar fail to recover in time from his latest concussion?

France arrive in the exalted position of topping the table on the strength of home wins over England and Italy.   Their squad, rejuvenated under Fabien Galthie, hardly looked champions-elect last time out but they have ample reason for believing that an end to their worst run in the championship is nigh.

Shaun Edwards provides one of those reasons, the fixture bringing him back to the scene of many unforgettable occasions during his 11-plus years turning Wales into the meanest defensive unit amongt the Six.

His inside track on the opposition will be a hefty element in French preparation but not as hefty as it would have been had the new coaching regime not made changes in tactics and personnel.

No French team has won in Cardiff for 10 years, since their last Grand Slam campaign on a Friday night in late February.

Great start to the campaign. Bits to tidy up but wicked to be back out there! v pic.twitter.com/N1ssZzUqev

Wales offered them more than a helping hand, two tries, both interceptions, ensuring they reached half-time losing 0-20, a deficit which they almost wiped out only to lose 20-26.

For most of the decade that followed, France lagged so far behind England, Ireland and Wales that they became a soft touch, a cardinal sin which would have horrified the likes of Michel Palmie, Alain Esteve, Gerard Cholley and others with a master’s degree in menace.

Saturday has all the makings of a thriller lasting well beyond 80 minutes given that some Tests stretch into three figures.

France-Wales in Paris three years ago broke all endurance records, running to 20 minutes of red clock time over penalties, scrums and at least one dubious front row substitution before Damien Chouly muscled over for the winning try.

They dare not bank on being as lucky this weekend as they were then, if only because Sebastian Vahaamahina won’t be around to give his own team the elbow.