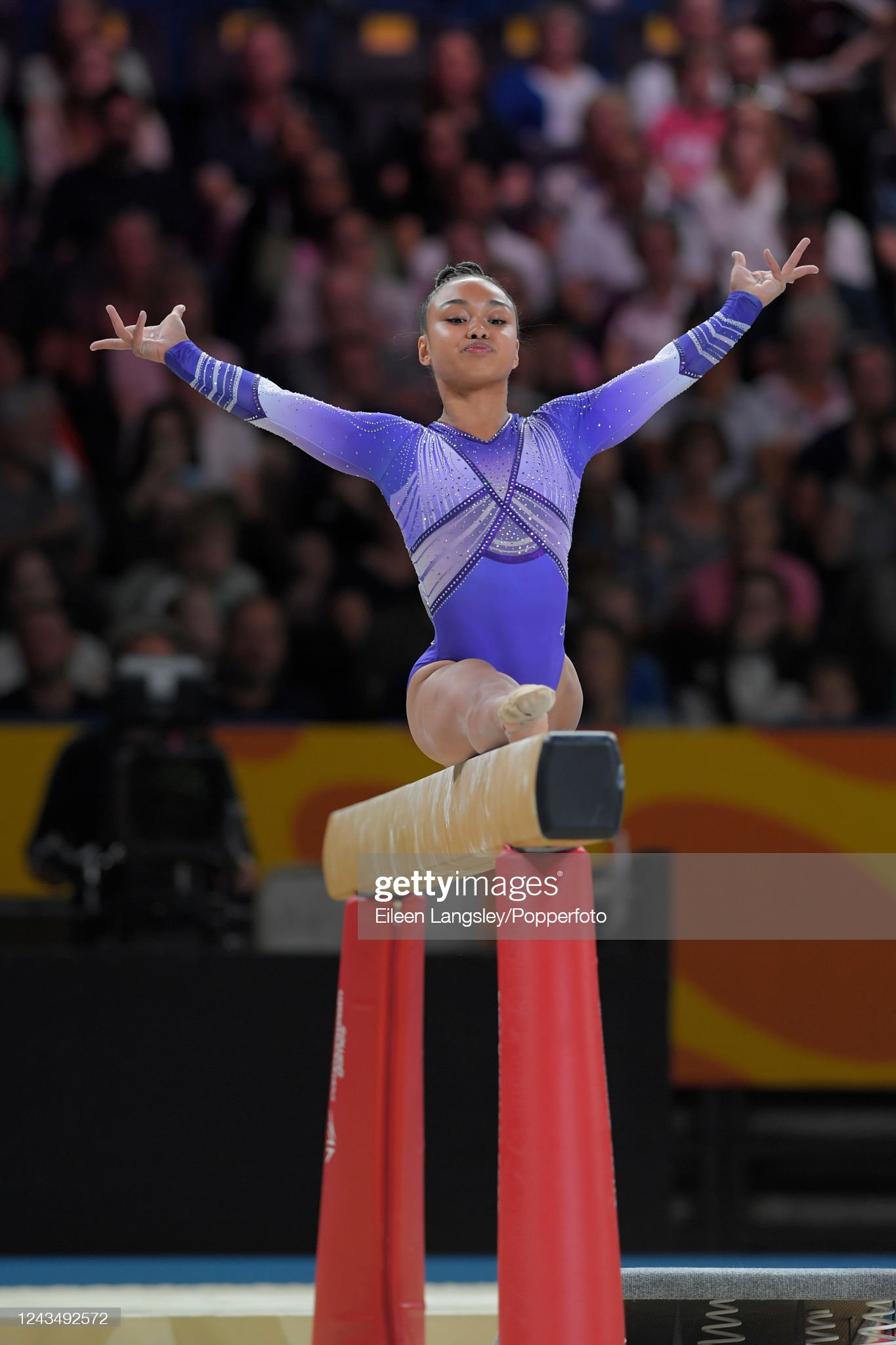 Jea Maracha in action during the Commonwealth Games in Birmingham. Pic: Getty Images.

Welsh Gymnastics are reflecting on more success at the recent 2022 Northern European Championships in Jyväskylä, Finland. The Welsh Artistic gymnasts returned home with five medals, including a gold in the Women’s Team event.

That put them ahead of England (196.450) in second and Norway (195.000) in third and saw Wales regain the Northern European Women’s Team title they last won in 2019 – a team which also included Mia and Jea and juniors.

Wales also took five of the top 10 placings in the individual all-around competition with Jea the highest in 5th place.

Team 𝙂𝙊𝙇𝘿 for our WAG team 👏🏆✨

𝙇𝙡𝙤𝙣𝙜𝙮𝙛𝙖𝙧𝙘𝙝𝙞𝙖𝙙𝙖𝙪 to all gymnasts and coaches and again a big 𝙙𝙞𝙤𝙡𝙘𝙝 to our judges and physio. pic.twitter.com/yfPvveffV9

It then got better on Sunday with three more women’s medals, two of them gold, in the individual apparatus finals.

Maracha grabbed gold on the uneven bars while her fellow Birmingham 2022 Commonwealth Games teammate Mia Evans bagged bronze on the floor for her beautifully choreographed routine.

There were also a couple of near misses.

Abigail Roper, called into as a replacement for the injured Poppy-Grace Stickler, did a fantastic job as she made two apparatus finals; finishing just outside the medals in 4th on the floor while was 5th on vault.

It's 6️⃣th place for our young MAG team on 👏

𝙇𝙡𝙤𝙣𝙜𝙮𝙛𝙖𝙧𝙘𝙝𝙞𝙖𝙙𝙖𝙪 to all gymnasts & coaches on a great performance and 𝙙𝙞𝙤𝙡𝙘𝙝 to our travelling judges. pic.twitter.com/KsBgn3tUAF

Flage-Donovan was fourth on uneven bars while Maracha was sixth on beam.

On the men’s side, the highlight was a brilliant bronze on the pommel horse for Fusion’s Iwan Scrivens.

With Scrivens taking bronze on pommel, Morgan only narrowly missed out on the medals in 4th. Tang and Lewis were sixth and seventh respectively on vault while Ochana was 8th in the rings final.