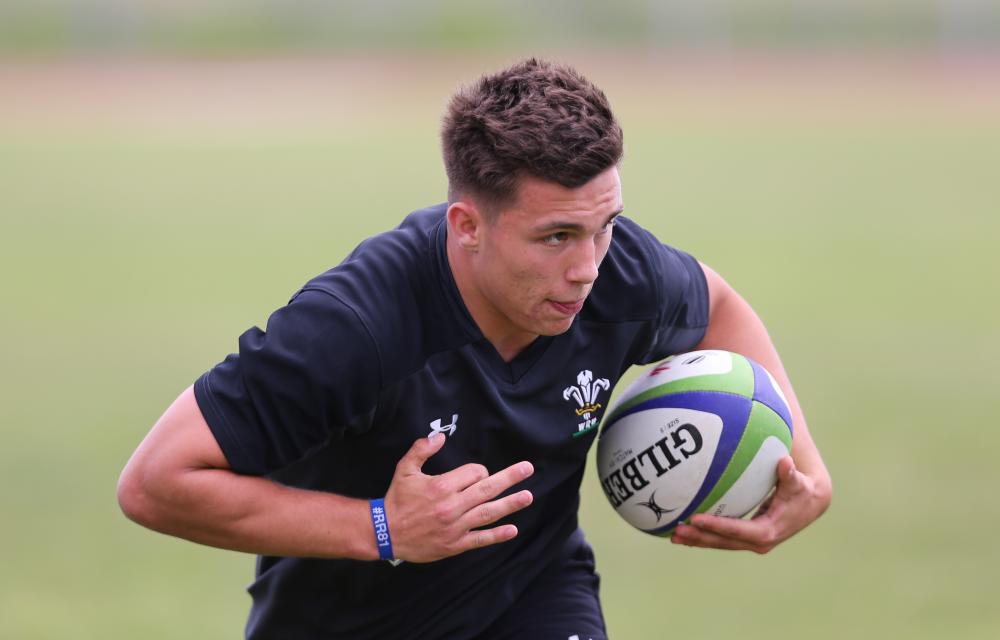 Wales U20 have made a single change to their starting team for tomorrow’s World Rugby U20 Championship pool match against New Zealand in Béziers (15:30 BST).

The change is enforced, with wing Rio Dyer ruled out of the tournament due to a shoulder injury suffered in the opening stages of the victory against the Junior Wallabies.

As on Sunday, Dyer is replaced by Dragons teammate Joe Goodchild, who scored the team’s second try at the Stade de la Méditerranée.

Goodchild’s spot on the bench will be taken by 18-year-old Ospreys wing Dewi Cross, who is in line to make his debut. Cross, a try-scorer against Bath in his first start for his region, is the only new face on the bench.

Wednesday’s 26-21 win – their first against Australia at U20 level – means Wales will take confidence going into tomorrow’s match against the tournament favourites, who beat Japan 67-0 on the opening day.

“We were delighted to come away with a good win that was full of positives against Australia,” said head coach Geraint Lewis.

“But we know New Zealand will be another step up for us. Thankfully we’ve got the desire and hunger to improve within this squad.

“The players are excited about pitching themselves against the best in the world at this level, and there’s been a real buzz around the camp for tomorrow’s game.”

Of the injury to Dyer, Lewis added: “We’re very disappointed to lose Rio, given all the threats he poses on the pitch, and wish him a speedy recovery. Joe’s got a chance to step in now – something he did against Australia with great confidence.”

Wales U20 v New Zealand U20 will be shown live on S4C (including online).