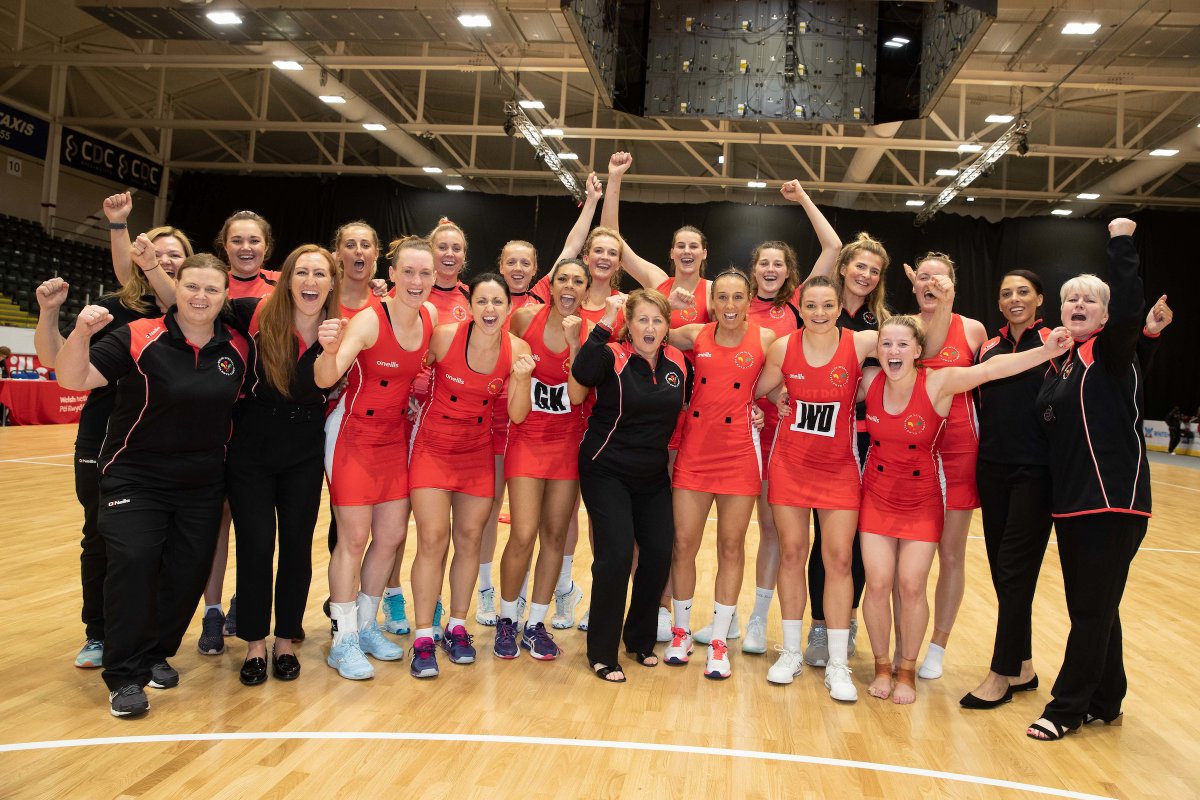 Going into the final 15 minutes England were leading 40-31, but the Welsh players worked their way back into the game and won the period 20-11 to force a 51-51 draw.

It was a remarkable comeback by the team and Wales Netball tweeted: “Absolute scenes in Belfast as Wales bring it back from the brink to draw 51-all with the Roses!!

“Confusion at the end with time reset, but England miss their final shot and now gold is well up for grabs.”

Netball Europe tweeted: “Wales were on fire in that last quarter!! What composure, what clinical finishing.”

With two minutes left in the match Wales were trailing 51-46, but still they fought and shocked England with the ferocity of their challenge.

Kyra Jones did well tracking the English attack and pounce for the intercept, while Wales were clinical at the other end. When a Roses shot rebounded, Wales converted a fantastic long range attack.

They started the third quarter superbly and did a brilliant job of stalling England’s drive plus grabbing a couple of turnovers.

Bessell, nee Hyndman, will be leading Stars for the first time at the British Fast5 All-Stars Championships during October.

“I am hyper-excited to be taking on this role,” says Bessell. “I’ve been out of the League in a head coaching role for a few years now and the time was right.  Working with a young, exciting franchise, while having the support of the University of Worcester and the University of Gloucestershire, was a no-brainer.

“Working alongside these three again is a dream for me,” says Bessell. “I know them all really well and what they are capable of.”