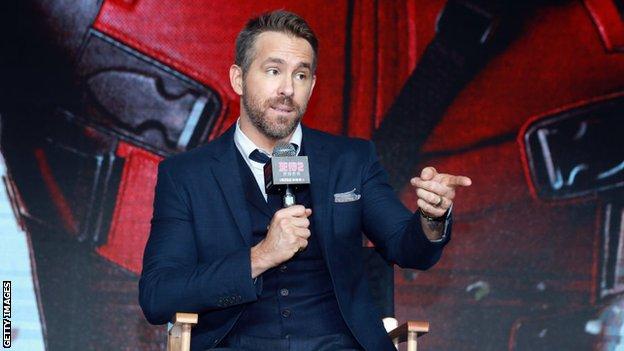 Ryan Reynolds will outline his vision for Wrexham AFC today.

Wrexham AFC is set for one of the biggest weeks in the club’s history as Hollywood stars Ryan Reynolds and Rob McElhenney outline their vision for the club.

The duo want to take over the National League outfit which could see £2million invested into the club which has been in fan ownership since 2011.

Deadpool star Reynolds and McElhenney, of It’s Always Sunny in Philadelphia fame, will outline their plans with members of the club’s Supporters Trust on Sunday.

Well… I’M not extraordinary but having seen Green Lantern, I can assure you that @VancityReynolds most certainly IS… https://t.co/vfiOKfVG2C

Reynolds is also a successful businessman and it was recently reported he had sold his American Aviation Gin brand to drinks giant Diageo in a deal that could be worth around £460million.

The virtual meeting is being held after Trust members voted 95 per cent in favour of holding talks with the pair.

Fans will also have the chance to quiz the duo over their vision for the club during the presentation.

The duo have regularly tweeted pictures of them watching Wrexham’s games since they emerged as potential owners.

The more than 2,000 WST members will be able to vote next week (9-15 November) on the club’s future while 75 per cent of members who respond to the ballot must vote in favour for the take-over to move to the next step.

Wrexham, meanwhile, have had another game postponed with next Saturday’s match against Weymouth off due to the high number of COVID-19 tests at the Dorset club.