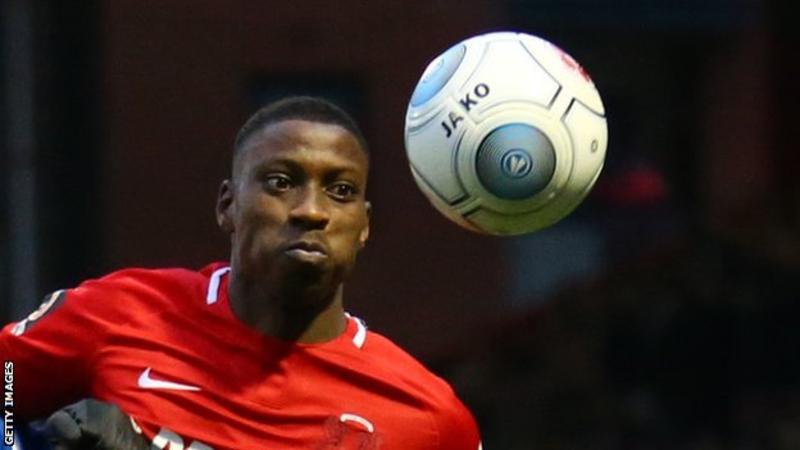 Wrexham were bumped off the top in Vanarama National League football after a 1-0 defeat at Brisbane Road.

Manager Bryan Hughes experienced defeat for the first time since he took charge six matches ago.

Enfield-born Marvin Ekpteta, aged 23, netted the winning goal after 72 minutes and lifted Orient back to the top, one point ahead of the Dragons.

Hughes and his players will now focus on two home games at the Racecourse in five days, again at Barrow on Tuesday and Maidstone next Saturday.

The loss in London is a devastating blow to Wrexham hopes of winning the title and earning automatic promotion to the Football League.

More than 900 Dragons supporters were at the match and their team had the edge for lengthy spells, but Orient produced the finish to score a winner.

Wrexham manager Bryan Hughes said: “It was a close, tight game that could have gone either way.

“I was waiting for a little bit of quality to see who would win it, but that didn’t come at our end. I can’t be too disappointed with our performance. We worked hard

“Everybody will portray it as a setback because of the position that we’re in. Now it’s about us bouncing back.”

Wrexham were without new loan signing Jermaine McGlashan because international clearance was not granted in time following his move from Swindon Town.

McGlashan watched from the main stand at Orient.

Hughes brought Stuart Beavon back into starting line-up, while both Kevin Roberts and Bobby Grant returned from injuries and were among the substitutes.

Grant was on after only six minutes after Brad Walker limped off during those early stages.

Ben Tollitt set off on one of his jinking runs and was brought down by right-back Ekpiteta, who was booked on eight minutes.

Wrexham forced successive corners late in the half and the O’s were glad to clear their lines and ease the pressure.

Grant was happy to have a shot at goal when the opportunity arose, keeping the home defenders on their toes.

Five minutes after half-time a long ball out wide found Sam Ling on the Orient right and he cut inside. Lainton was quickly off his line to meet him and block the shot before the two players crashed into each other and the game had to be stopped for treatment.

Paul Rutherford crossed twice from the right for Wrexham second of which was knocked down by Akil Wright for Tollitt and the winger was only just closed down as he went for goal.

Orient went ahead after Wrexham failed to clear the ball after having several chances to do so.

The ball sat up beautifully for Ekpiteta and his effort took a deflection before going in off Wrexham’s left-hand post.

Wrexham pushed bodies forward in the final stages, looking for a way back into the game.

Into added time and substitute Cole Stockton unleashed a stinging effort, but goalkeeper Dean Brill was right behind it to punch away.

Orient held on to their slender advantage and took over from Wrexham at the top.