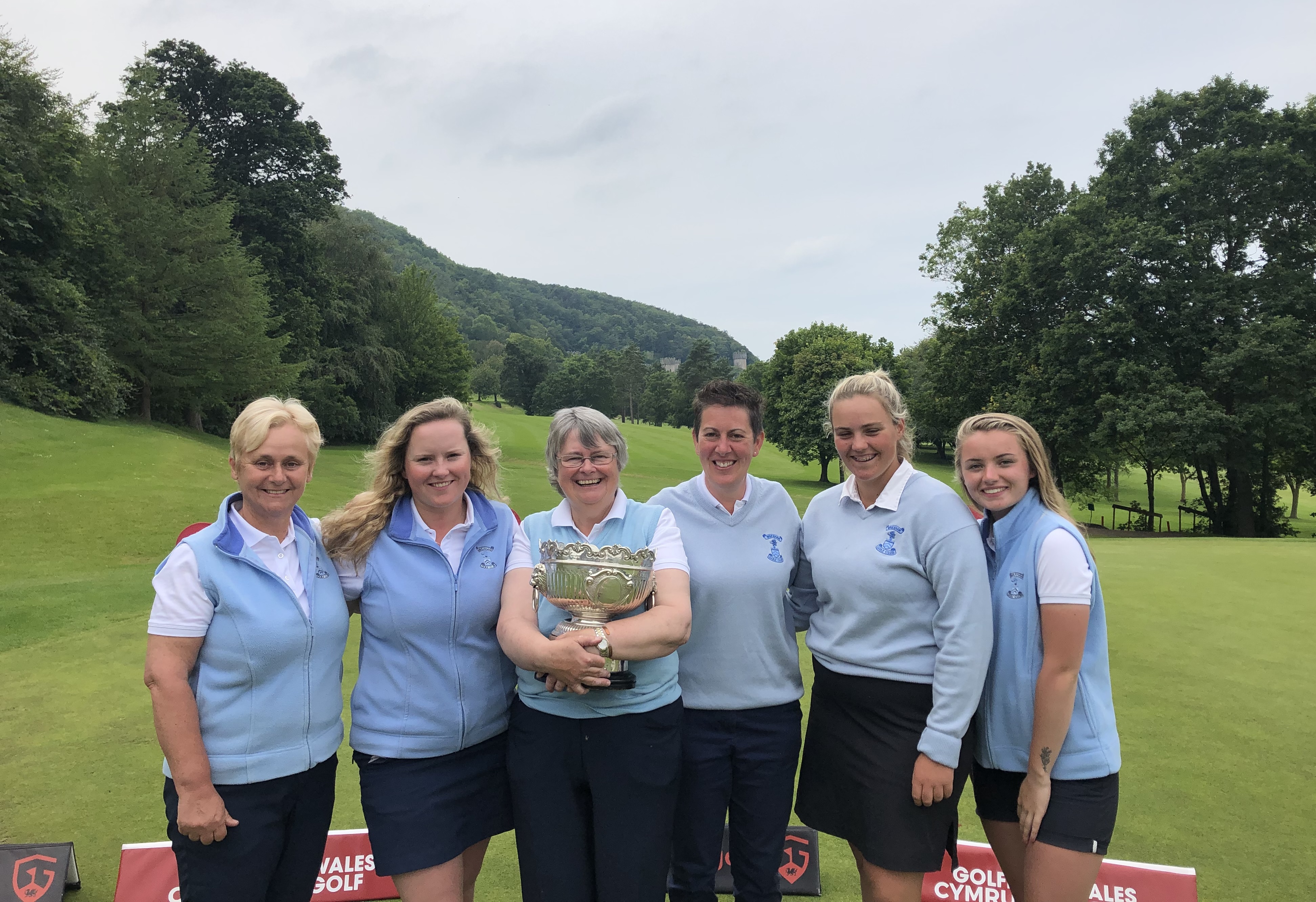 Wrexham have lifted the Welsh Ladies Team Championships after none of their players lost a match throughout the competition held at Abergele golf club.

It ended an unwanted streak after four semi-final losses in the last four years, the final win over Aberdovey bringing a second ever victory for Wrexham 21 years after their previous success.

And there was also a notable landmark for captain Pam Valentine, who captained Royal St David’s, Harlech, to success in 2010, the last time a North Wales club lifted the trophy.

Former Welsh Amateur champion Lea-Anne Bramwell led the way, unbeaten at the top of the order, backed up by a strong team performance with Lucy Jones, Jo Nicholson and Elise Davies, while Dorne Tym and Valentine filling the fifth place in the team.

“Of all the lovely things golf has given me, this is one of the greatest personal joys in my golfing life,” said captain Valentine.

“In the whole event nobody beat a Wrexham player, because the others had done their stuff and the rest of us were called in. It is a huge achievement, speaks volumes for the quality of their golf and the consistency.

“We have got the two vital ingredients for the Team Championships on our side – strength in depth and youth. The top four young players have done it all, along with two older ones who have come in and out of the team at the end.

“I have been a member of Wrexham the whole of my golfing life, 52 years continually, so to be lady captain of Wrexham and captain them to win the Welsh Ladies Team Championship is amazing.”

This year’s success was particularly sweet as it broke a period of dominance by Southerndown and Newport.

“We have played one or other of Newport or Southerndown in the semi-finals in the last few years and you could see us getting two wins, but never three,” said Valentine.

“There has been an air of frustration in the club. This year we had all our best players available – Lee-Anne at the top and then Lucy, Jo and Elise with either me or Dawn at the bottom, we could see our way past any of the teams.

“Lea-Anne has played some stunning golf, she was six under par when she beat Ann Lewis in the semi-final. Today she beat Harriet Evans 5&4, these are highly respected players at the top end of the game in Wales.

“For instance Lea-Anne growing up in Abergele and playing golf there, everybody in North Wales is pretty chuffed.

In the semi-finals, Wrexham beat Royal St David’s, while Aberdovey came out on top against Llanwern, Aberdovey beating Whitchurch (Cardiff) in the quarter-finals while Wrexham came out in top over Radyr. Llanwern beat hosts Abergele, while Royal St David’s beat Rhuddlan.

There were some early surprises with Newport losing to Aberdovey in the first round, Southerndown going out to Royal St David’s in the second round.

In the Plate competition for those defeated in the first round, Pennard beat Creigiau, while Mold and Royal Porthcawl were the losing semi-finalists.

“The course was in great condition and the club’s members and staff ensured everything worked smoothly.

“Wrexham were deserved winners, dominating every match they played, but there were really competitive matches between clubs from all round Wales – it was great to see such a large turnout and high standard as always.”