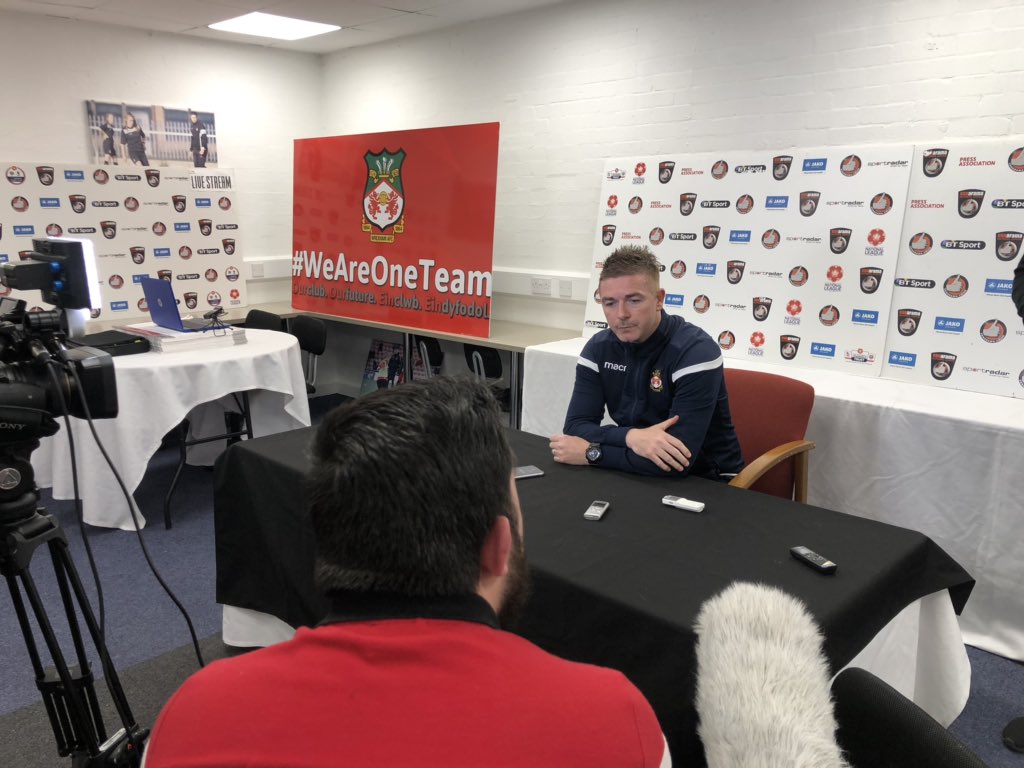 Wrexham manager Bryan Hughes admits he is under pressure, but insists: “I believe in my squad of players.”

The Dragons are without a win in seven Vanarama National League matches and lost 1-0 at Aldershot Town in their last outing. They are 19th in the table, a long way from achieving their dream of promotion to the Football League.

“There’s no way I’m going to sit here and give excuses,” says Hughes. “We have a capable enough squad to start winning games and I have full belief that this team will turn it around.

“It’s about keeping believing in this squad of players, which I do, and we are capable of going on a winning run and getting good form behind us.

“Of course there is pressure. I wouldn’t be normal if I didn’t feel any pressure. It’s not nice when your team doesn’t win in seven games.

“I’m trying to give them the belief they can do it. There were characteristics in the performance against Aldershot that showed me the confidence hasn’t gone yet.

“It’s about everybody pulling in the right direction, sticking together, believing in each other. It might take a freak goal to win a game, but I’d take that.”

A number of clubs who were tipped to be competitive at the top are currently under-achieving. Only three points separate Solihull Moors, Harrogate, Fylde, Eastleigh and Wrexham, who all qualified for last season’s play-offs, while Chesterfield are two placed behind the Dragons in 23rd.

“Fylde have just had a healthy win – they’re in a similar situation to ourselves and that win will boost their confidence,” said Hughes.

“It will be a tough game ands always is against Fylde.

“We need to start building something. It’s been a strange start to the season for a lot of teams, and it just shows how competitive this league can be.

“We need to rally the troops, get that passion into them, go to Fylde and put in a positive performance in.”

Wrexham were unfortunate at Aldershot on Saturday when the home team scored an injury time winner.

During the five minutes added Jason Oswell forced a Wrexham corner. Aldershot cleared went on the counter-attack and St Kitts international Harrison Panyiotou forced the ball past goalkeeper Christian Dibble, who got a hand to it low to his right but could not stop the goal.

That earned Aldershot a first home win of the season and left Wrexham heading to AFC Fylde in the hope they can earn a much-needed win.