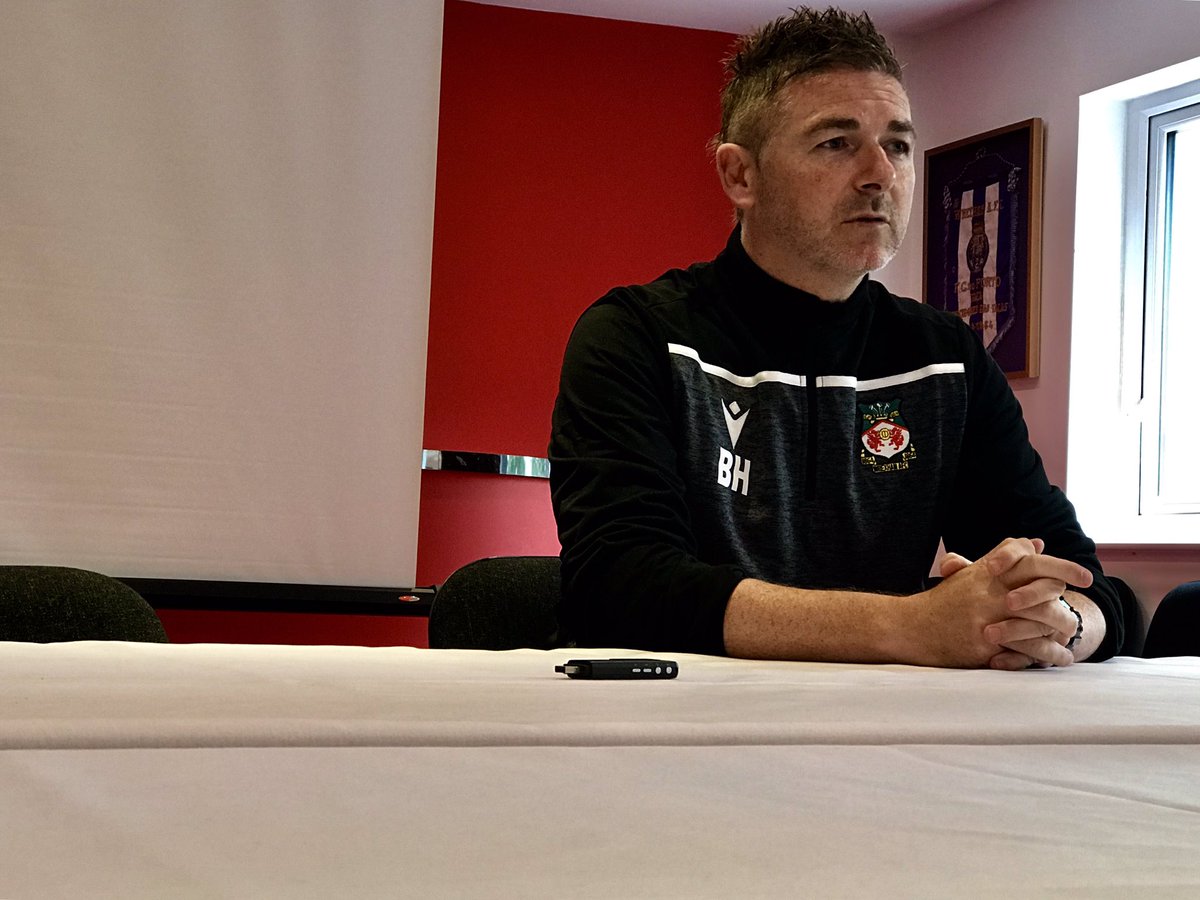 Wrexham have sacked manager Bryan Hughes and a club statement says: “Bryan has left his position of first team manager with immediate effect.”

The Dragons have launched a drive to appoint their fifth manager in 18 months after their decision was revealed around midnight.

Hughes left the club after a 3-2 midweek defeat at AFC Fylde which left them fourth from bottom in the Vanarama National League.

Wrexham led twice at Fylde, thanks to goals from Jake Lawlor and Jason Oswell, and Hughes said: “I’m sick of talking about the word frustrating.

“Did we do enough to win? I thought we did. During the first half we were magnificent.

“Fylde changed their system in the second half, but I felt we had weathered the storm. Then we conceded silly goals. You can’t do that and expect to win.

“In the first half the commitment and desire was there. I won’t single people out, but we are making individual errors.

“We switched to a back three with wing-backs and it was working well.

“Energy levels were miles better than they have been and before half-time we were awesome, but second half errors cost us.

“That was hard to take. That’s eight games without a win, but it’s not as if we are not trying.”

Hughes met club directors on Wednesday and a statement said: “Following those discussions all parties decided a change was needed. The outcome is that Bryan has left his position of first team manager with immediate effect.

“Following on from a promising end to the 2018-19 season in which the club finished with its third highest points total in its history under Bryan’s control, the club currently finds itself at the wrong end of the table and without a win in eight league games.

“We are fully focused on improving upon this situation.

“We would like to thank Bryan for his hard work, effort and for acting in the best interests of Wrexham at all times.”

Hughes was given a vote of confidence by the Wrexham board, but defeat at Fylde altered the mindset of directors.

He had followed Dean Keates, Sam Ricketts and Graham Barrow into the Racecourse managers office.

Wrexham’s next match is against fellow strugglers Ebbsfleet United at home on Saturday.

The Reds scored their first ever goals at Fylde’s home ground and twice took the lead Lawlor and Oswell netting, but individual errors allowed to earn all three points.

Wrexham are keen to move quickly in their quest to find a new manager and have promised news over the next couple of days.