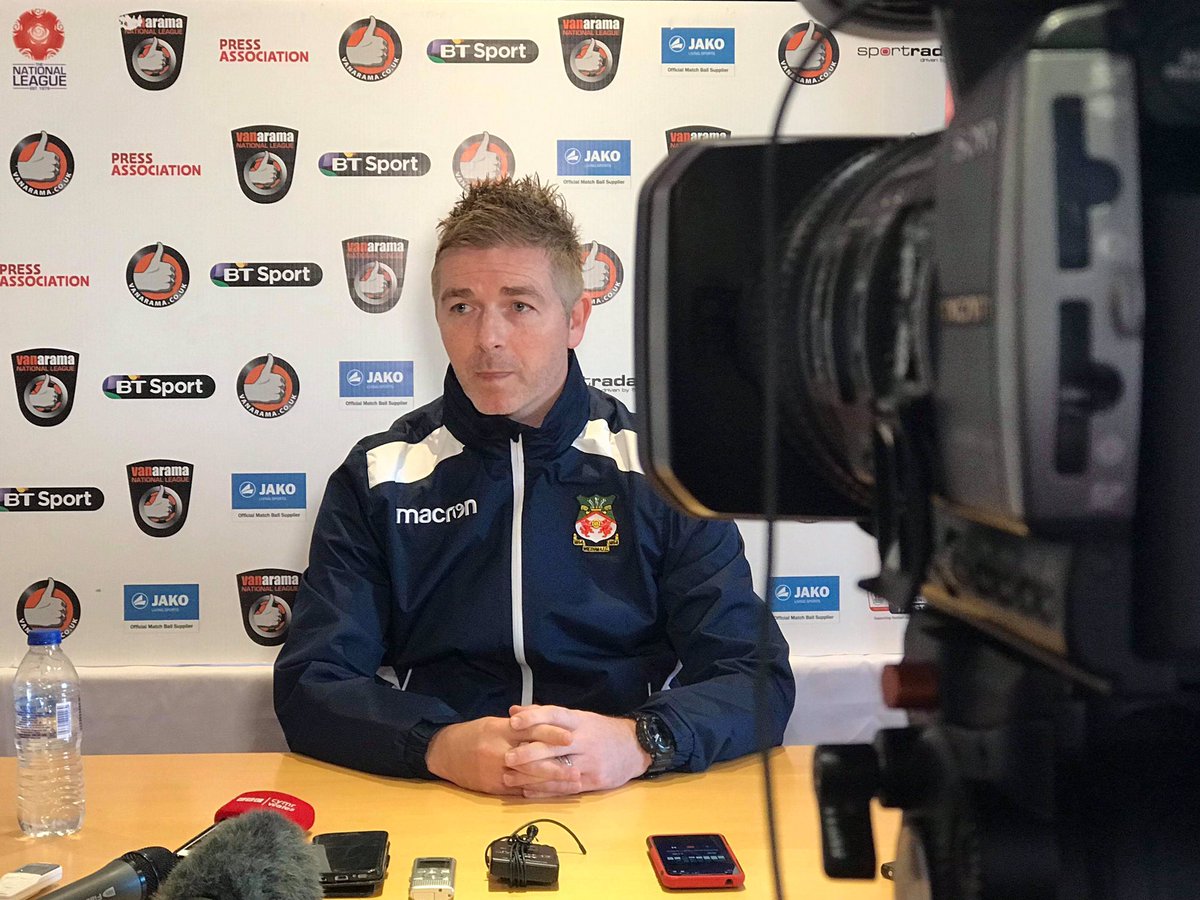 Wrexham have signed winger Jermaine McGlashan on loan from Swindon Town and he could make his debut against Leyton Orient away if international clearance is granted in time.

“I came across Jermaine as a player when I was at Accrington and was impressed with his ability,” says Dragons’ manager Bryan Hughes.

“He has played at a higher level comes in with us until the end of the season to help with our continued push.”

The match is being televised live on BT Sport.

Former Wrexham player Hughes has been in charge at the Racecourse for five matches, earned 13 points from four wins and a draw, while former Spurs defender Edinburgh is a veteran of getting on for 500 games as a manager.

The Dragons are top of Vanarama National League football, two points ahead of Orient.

Wrexham have 10 fixtures to play and Hughes says: “You are going to get excited, aren’t you?

“Look at the league table and we’re sitting proudly top of it, there is going to be an air of excitement around the place.

“That’s a good thing and you have to use that now as momentum to take forward into the next few games.

“We’re playing well, with loads of confidence, and we’re starting to get people into the right areas where we can score goals.

“It’s not a title decider [on Saturday] because there are other teams there. It’s not just us and Orient.

“We will go there full of confidence.

“It’s nice to be on TV. All the good things that both teams are doing this year, it’s good to be noticed.

“I don’t feel any pressure going into it with regards to the TV cameras being there and I need to get that into our players. I want us to be relaxed and focused.”

Wrexham could welcome back Bobby Grant, who has been in full training this week, on Saturday, but Luke Summerfield and Mark Carrington are out.

Brad Walker and Shaun Pearson have each been booked nine times with Saturday’s clash with Orient the final game before the cut-off for suspensions.

One more booking would result in a two-match suspension and Hughes says: “If they are booked and have to take one for the team then it’s one of those things.

“I don’t want it to play on their minds, I want them to play their own games.”

Orient’s squad will include former Cardiff City winger Jobi McAnuff plus ex-Wrexham loanee Jordan Maguire-Drew, a 21-year-old joined the Reds on a season-long loan deal from Brighton last summer, but returned to the Seagulls on December 29.

A few days later he signed for Orient for an undisclosed fee.

Wrexham’s clash with Leyton Orient at the Matchroom Stadium will kick-off at 12.45pm.