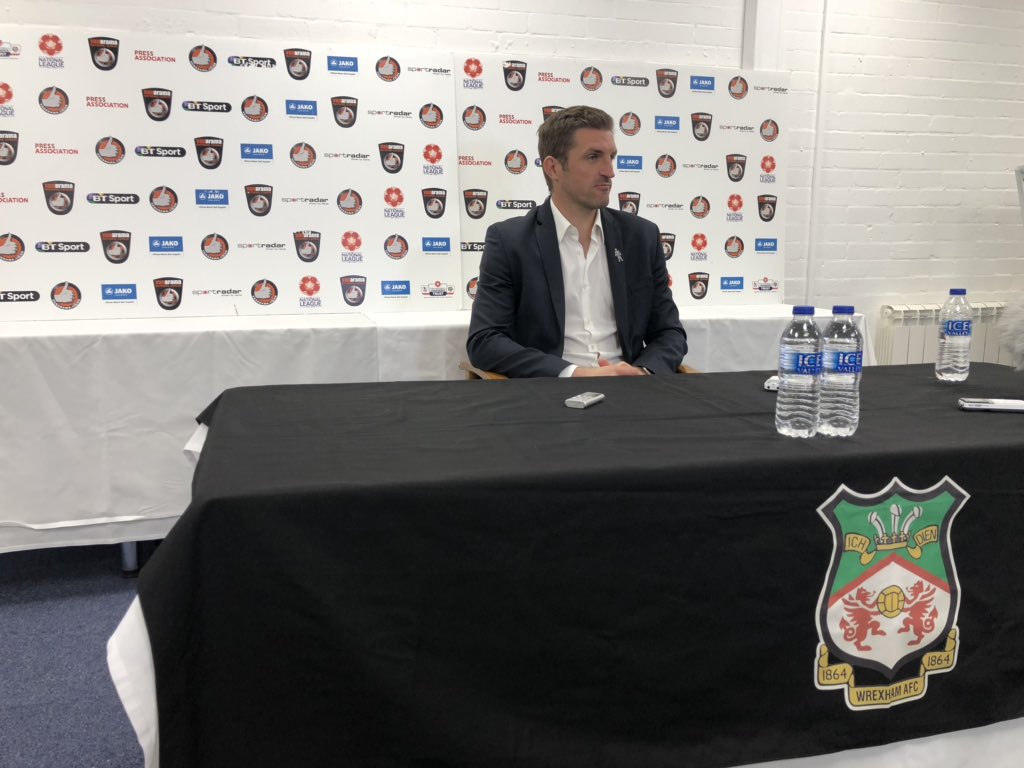 Wrexham will travel to National League rivals Harrogate in the Emirates FA Cup on Saturday, October 20.

The Dragons are currently fourth in Vanarama National League football, one place and one point behind promotion rivals Harrogate Town.

Yorkshire club Harrogate were promoted last season and have, along with Wrexham, made an excellent start to the season.

Manager Sam Ricketts, who takes his Wrexham team to play Dagenham and Redbridge in Essex this Saturday, says: “The draw could have been a little bit kinder to us.

“But we will go there and, like every game we go into, we aim to win.

“If we are going to have a run we must beat some good teams along the way and Harrogate are that.

“We played them away (0-0) and their goalkeeper (James Belshaw) was man of the match. That’s why we came away with the draw as opposed to the victory.

“Everybody knows what to expect and we will go there fully prepared trying to start a cup run.

“It can be a fantastic journey for players and supporters alike, an opportunity to put Wrexham on the map even more than what it is already.

Winchester City, who put Merthyr Town out of the FA Cup when they won 4-1 at the MetCoaches Stadium, have been draw against National League Torquay United in the fourth qualifying round.

Merthyr’s scheduled EvoStik Southern League clash with Poole Town at home last weekend was postponed because of the Dorset club’s tie at Horsham and they face a replay this evening (Tuesday).

The winners of Poole v Horsham in their replay will take on Bostik Premier Division Haringey Borough and earn £15,000 in prize money.

Merthyr travel to play Staines Town this Saturday, while their home clash with Poole has been rearranged for Tuesday, November 13 (7.45pm).

The Martyrs also have a League Cup tie at Slimbridge tomorrow (Wednesday) evening. That was rearranged from last week because of the Gloucestershire teams FA Trophy replay.

Matches are due to be played on Saturday, 20 October – but full details will be confirmed shortly.