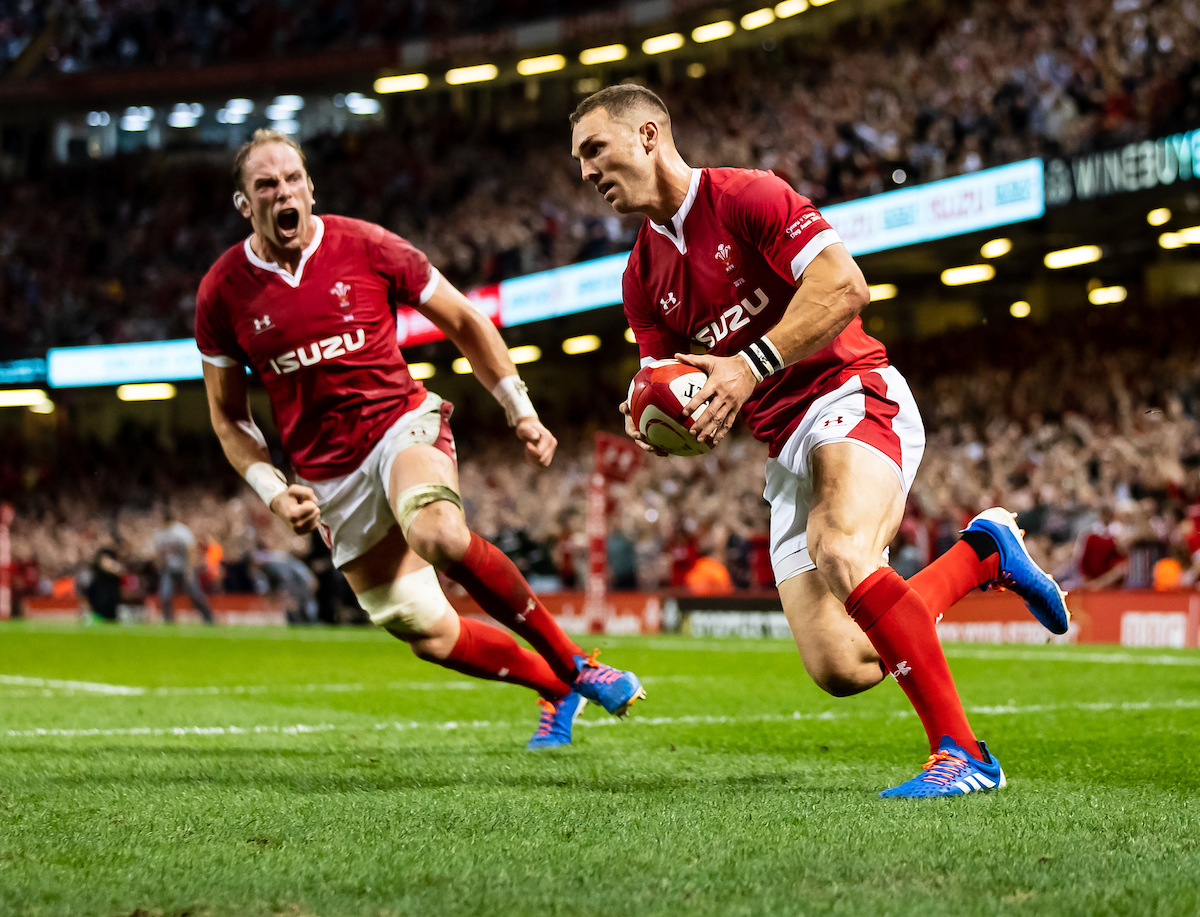 Warren Gatland says Wales will not get carried away after replacing New Zealand as World Rugby’s top-ranked nation.

And their debut rise to the summit comes just 34 days before the World Cup kicks off in Japan.

“It is a nice accolade to have, but it is all about the next few months and backing that up by performing well in the World Cup, and we’ve a couple of games against Ireland to go as well.

“It’s nice for a day, but we won’t be shouting from the rooftops about it. We have got to keep things in perspective.

“Lots of journalists will be out there saying ‘this is a joke’ – probably Kiwi journalists more than anything! It’s just a number.

“We are not making a big fuss of it. We will keep it in our pocket and go from week to week.”

The performance answered recent criticism from former international JJ Williams, who claimed Wales would not win a World Cup with Biggar at 10.

“I don’t know about that former Welsh player. Was he really old? Played in the 70s probably? Did he play over 50-odd years ago? Probably. That does explain a few things.”

England were slicker and more cohesive after the break, but Wales restricted them to a couple of George Ford penalties before a late Leigh Halfpenny penalty sealed victory.

Gatland said: “The players drove a lot this week, and you could tell they were on Test-match edge today.

“We showed some fantastic character and big cojones out there. That’s what these boys are about, they wear this jersey with pride.”

Gatland confirmed flanker James Davies suffered a head knock that forced him off midway through the first half, while Jake Ball and Aaron Wainwright had dead legs. Biggar had a stinger to his shoulder and a tight groin, and Gareth Davies a knock to his hip.

Full-back Liam Williams, meanwhile, experienced hamstring tightness during the warm-up and was withdrawn and replaced by Halfpenny.

“There is nothing serious as far as I am concerned at this stage, and all players will be medically assessed in the morning to see where we are at before we fly out (to a training camp in Turkey),” Gatland added.

England boss Eddie Jones refused to be drawn on Wales taking a quick free-kick while Ben Youngs was waiting to come onto the pitch as a replacement for Willi Heinz, who was about to depart for a head injury assessment.

In the ensuing passage of play, Biggar was able to conjure a try for North in the left corner at a time when Anthony Watson was in the sin-bin for a deliberate knock-on.

“It is what it is. We take the good with the bad. But we do need to learn how to defend better with 13 men,” Jones said.

“I should have studied my rugby league harder this week. I’ll go up to Wigan and get some lessons on how to defend with 13 men.

“We have to cope with it. It was a difficult situation, we didn’t cope, so well done to Wales.”

Jones signed off the double header against Wales with a light-hearted attempt to pile pressure on the Grand Slam champions.