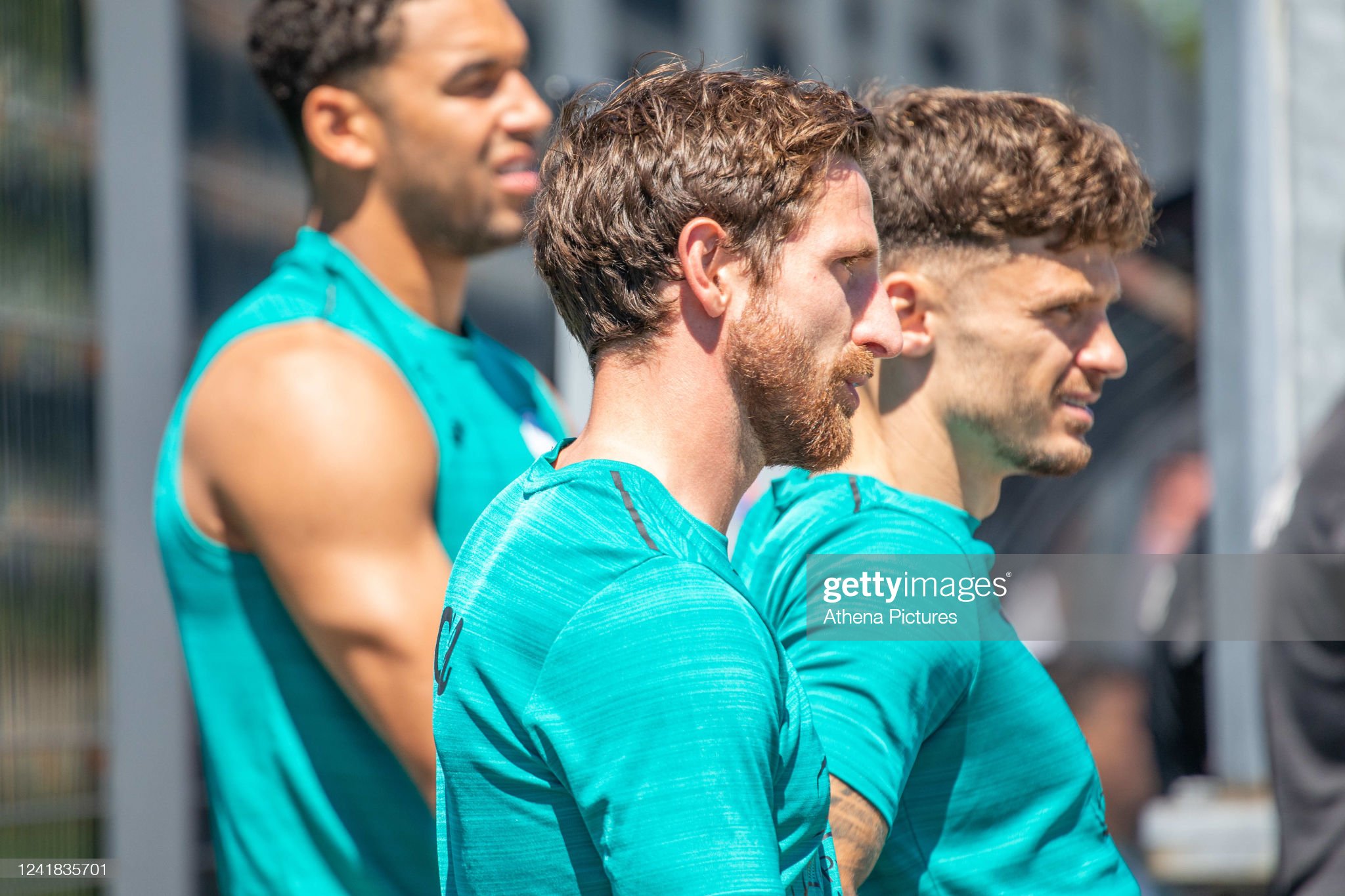 Making predictions in sport always leaves the predictor in a somewhat precarious position.

“You can’t win anything with kids,” said Alan Hansen on Match Of The Day following Manchester Untied’s opening day 3-1 defeat away to Aston Villa in August 1995.

Hansen’s words of warning have become a haunting catchphrase: by the end of 1995/96, Manchester United had won a Premier League and FA Cup double.

In the interest of context, Hansen wasn’t to know that the academy graduate ‘kids’  in the team that day, namely Beckham, Scholes, Butt and the Neville brothers, were to become some of the greatest players British football has ever produced.

Back in April this year, Swansea City’s Flynn Downes made the refreshingly bold prediction that he believed the Swans would gain promotion to the Premier League this coming season.

What a Flynn Downes replacement! https://t.co/63xmfH2Mrg

“We can build a bit of momentum for next season, and teams will really start to fear us for next year; that needs to be our gameplan.”

Fast forward three months and midfielder Downes was signing a five-year deal with West Ham, a club he has supported his whole life.

There are £12m reasons why Swans supporters shouldn’t begrudge the 23-year-old his chance at a crack at the Premier League, but without wishing to sound too churlish, Downes probably won’t be giving too much thought to the bullish prediction he made in April.

Jamie Paterson clearly holds similar beliefs judging by his response about what targets the SA1 club should set and what qualifies as success in season 2022-23.

“To try and get promotion. It’s not unrealistic with the players we’ve got,” he said.

“We need to find consistency throughout the season which we probably didn’t have last season for various reasons. But, I think we’re stronger this year, and we’ve got a chance if we stick to our game, which we will, so you never know.”

Paterson’s newfound confidence is nice to see following his topsy-turvy first season at the Swansea.Com stadium that involved a much-publicised contract dispute with the club’s American owners after Christmas.

However, many would counter that such open optimism is somewhat misplaced, especially in light of Swansea finishing the season in 15th place, their lowest league standing since they achieved the League One title in 2008.

Head coach Russell Martin arrived in Swansea last August, promising to play attractive football that would excite the fans, having taken over from Steve Cooper.

While Cooper led Nottingham Forest to the Premier League via the play-offs, at times last season, Swans fans were given more than a few palpitations as their team adjusted to the rollercoaster style of play under Martin.

After a turbulent start, Swansea City enjoyed an upturn in fortunes following the festive period.

So much so that some fans were dreaming of late white promotion thanks to a play-off push.

Unfortunately, the daydream believers’ faint hopes of reaching the play-offs faded quickly as their side’s form imploded in the latter stages of the season.

There were undoubted stars that shone in the relative gloom that the 2021-22 season delivered.

Many believe the departed Downes was the brightest star at the club, but you always felt he was destined to truly dazzle at a higher level than Swansea can currently offer.

Joel Piroe has ANOTHER and Swansea lead 2-0! pic.twitter.com/lXTdTWaGBX

We now know he has been afforded the opportunity to prove that hunch is correct.

Dutch striker Joel Piroe is another who dazzled as he bagged an impressive 24 goals in his first season in South Wales.

So, the fact that the Seagulls of Brighton continue to circle their interest should be no surprise.

Martin did a bad job of trying to hide his frustration about the interest from the Premier League club.

His words hardly scream confidence about the club’s chances of keeping arguably their most prized asset.

Fans can only hope their American owners don’t again display their submissive tendencies and hold firm when holding out for a transfer fee that reflects their latest star’s actual transfer value.

Goal of the day:

The proper start to Michael Obafemi’s career as a Swansea City player.

Some ball from Pato too. 🦢pic.twitter.com/M87U3V9h4W

Fellow striker Michael Obafemi also started to shine as he ended the season with 12 goals after a slow and unsettled start to life in Swansea.

Paterson, contract disputes aside, also showed what he is capable of when he is fully focused.

Academy product Cameron Congreve was given his chance by Martin, featuring five times last term, and will look to rubber-stamp his status as a player of unlimited potential in the coming months.

So what can their fans honestly expect ahead of the new season, which starts with an away encounter at Rotherham on Saturday?

If we are honest, many supporters expect more of the same rollercoaster ride of emotions they had to endure last season.

The signing of Wales star and former club youth academy product Joe Allen will provide Martin’s team with a much-needed infusion of experience and calmness.

However, at the age of 32, much will depend on Allen’s ability to stay fit during a season that, fingers and toes crossed, includes a once-in-a-lifetime World Cup trip to Qatar.

If the classy midfielder stays fit, he could have a big say in how Swansea perform this season.

“Joe, as we said all along, is a little behind, but he’s been training with the group. So we have to make a decision on when is the right time for him to join in properly and be involved in the match day squad,” admitted Martin.

“It’s a long season; he played a lot of football last season. We were really keen to get him back involved, and he’s looked great in training.

“But we don’t want to risk anything, rush him back and then lose him. We want him to be fit for as many games as possible.”

There is little doubt that a fully-fit Joe Allen will add undoubted quality to any Swansea team.

The club have also brought in promising young defenders Harry Darling and Nathan Wood on permanent deals, while they have signed winger come wing-back  Matty Sorinola on a season-long loan deal from Union SG.

Defender Darling will be eager to prove that he is far better than his pre-season display in his side’s 2-1 victory over Chalton suggested.

Miscommunication with keeper Andy Fisher saw Darling’s misguided back-pass go through the stopper’s legs and end up as an own goal.

You would suspect that the young defender is capable of better – much better.

Many would have hoped Swansea would have signed more than four first-team players during the shortened summer break; such was the disjointed feel of the squad last season.

However, the admission by Martin that he doesn’t expect to sign any more new players before the season starts indicates that he and his backroom staff are due to repeat their juggling act with players playing in unfamiliar positions again this season.

Swansea may have signed Sorinola, who can play wing-back, but the position will be a concern for the club unless out-of-favour versatile defender Nathanael Ogbeta can prove to Martin that he is worth taking a punt on.

Having shelled out £300,000 on the young defender last term, the club’s owners will be looking for some sort of return on their investment.

Defence is clearly where Swansea needed to improve, and the signings of Darling, Wood and Sorinola, along with set-piece coach Andy Parslow, show that they are trying to put things right.

However, when the club have thus far failed to offload one of their highest earners, former club captain Ryan Bennett, you have to wonder what additional business could be done.

Much like previous seasons, much is dependent on how Swansea’s squad hold up in terms of injuries when it comes to the brutal slog that is life in the second tier of English football

Swans fans will be praying that the Seagulls don’t swoop for the tasty proposition that is Piroe before the end of the transfer window.

In Martin’s words, cashing in on their No.1 asset at this late stage, “would be madness. I hope we can keep hold of him.”