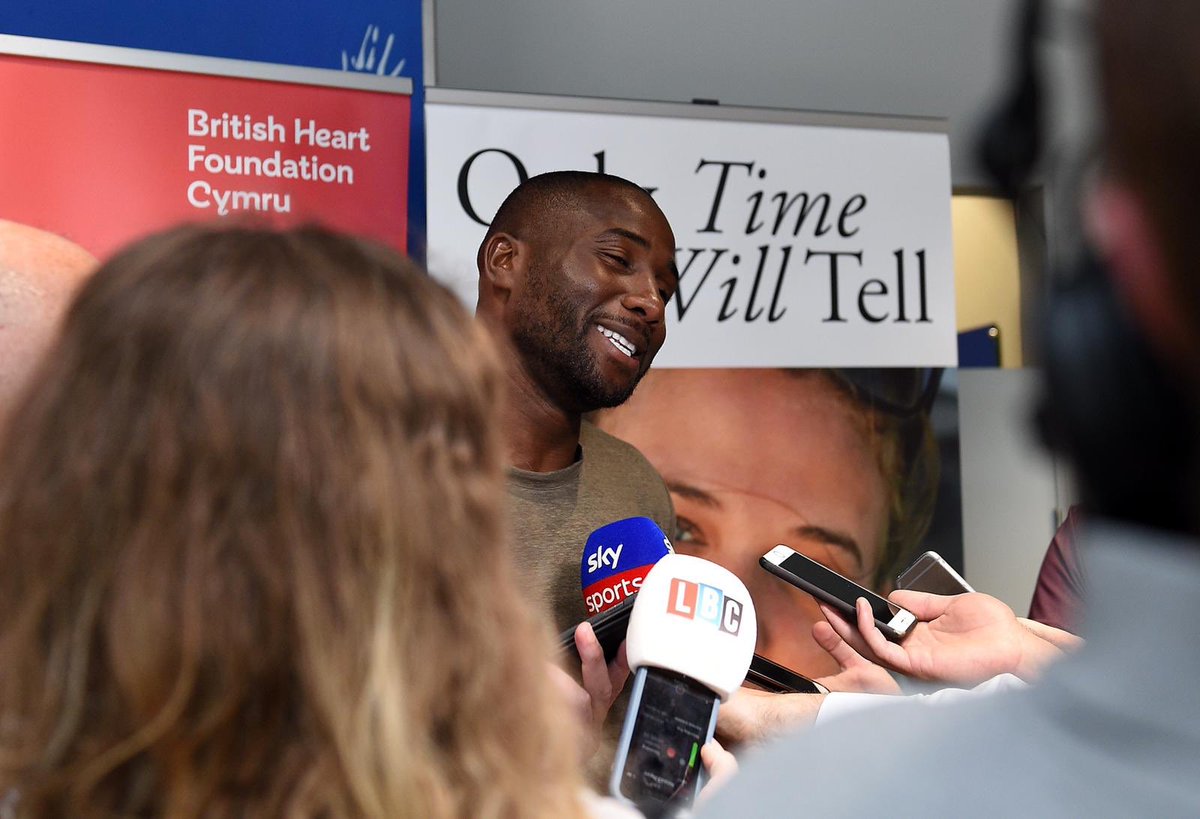 Sol Bamba has been back in full training. Pic: CCFC.

The Bluebirds were hit by a Tornado in Cornwall, but they stood up to the battering in a fiercely contested and physical pre-season fixture.

Bamba watched the match against South West Peninsular League Bodmin at Priory Park and is staying with coach Andy Legg and his development squad until they return home to Wales this weekend.

It was good to see the smiling Bamba at Bodmin. He spent half an hour at the end signing autographs and posing for photographs with spectators.

He is still some way from fitness, but was willing to join the Development squad and add his experience alongside Legg.

City’s young guns were given a thorough workout by Bodmin, who had a Tornado in their ranks.

Former Nigerian under-17 international Tornado Bello was sent on as a substitute and stirred up a storm. He was quick, but clumsy in his running style and gave the Bluebirds major problems.

Bello, who came to England from. Nigeria to study business administration at Plymouth University, scored for Bodmin and was only denied a second by a magnificent Matt Hall save.

The reactions of Hall were outstanding as he tipped Bello’s shot against the bar.

Tomlin was at the heart of everything Cardiff did. He pulled Bodmin this way and that, conjuring space when it seemed he had run out of options.

He has immense ability and awareness, but this is a different Tomlin. He returned to pre-season training in peak condition and, along with Madine, only missed out on the first team trip to North America because of visa issues.

Captain Tomlin wore the armband with pride, directing operations and helping the young players around him with shouts of encouragement.

At one stage, when the left-back was pulled out of position by fast-breaking Bodmin, it was Tomlin who spotted the danger and dropped back to cover the gap.

Madine, too, is a player who looks confident and ready for action. They both came through 90 minutes with few problems.

The clash with Bodmin was far tougher than Monday’s 7-0 win at Tavistock when Madine scored a hat-trick and City took off a player with 20 minutes left and played on one short.

City set up with Pryce and Ben Margetson their centre-back pairing, while Tomlin again operated just behind centre-forward Madine in a free role.

Tomlin pulled the strings, dictated play and set up a number of chances.

Yes, it will be far more difficult in the Championship, but Tomlin, Madine and, indeed, the impressive Alex Smithies look up for the challenge.

Madine headed against the bar after 21 minutes before Tomlin made it 1-0 to Cardiff less than 60 seconds later, taking possession on the edge of the penalty area and firing low into the far right corner.

Tomlin was producing a masters lass against admittedly inferior opposition, slipping crafty little passes through the tiniest of gaps and then picking out a team-mate with a long diagonal.

Bodmin thought they had equalised when Callum Kenny produced an accurate pass with the outside of his boot to spend Max Gilbert running free, but the flag went up for offside before he fired past Smithies.

Cardiff led 1-0 at half-time and made it 2-0 on 53 minutes when substitute Dan Williams fired the ball in from some way out ands the goalkeeper made a hash of trying to catch and watched in dismay as it bounced into the corner.

Bello struck on the hour, his fast feet leaving City defenders stranded, before he fired low into goal.

Madine went close when he lobbed the ‘keeper only to see the ball bounce just wide, while Bodmin equalised after 82 minutes when they whipped in an inswinging cross and Lewis Webber timed his run perfectly to head past goalkeeper Hall.

The Bluebirds, though, were not to be denied and substitute Moore, took a touch on the edge of the penalty area and smashed a low shot into the far corner.

A third win in three pre-season matches for Legg’s development team and they now play Plymouth Parkway on Friday.